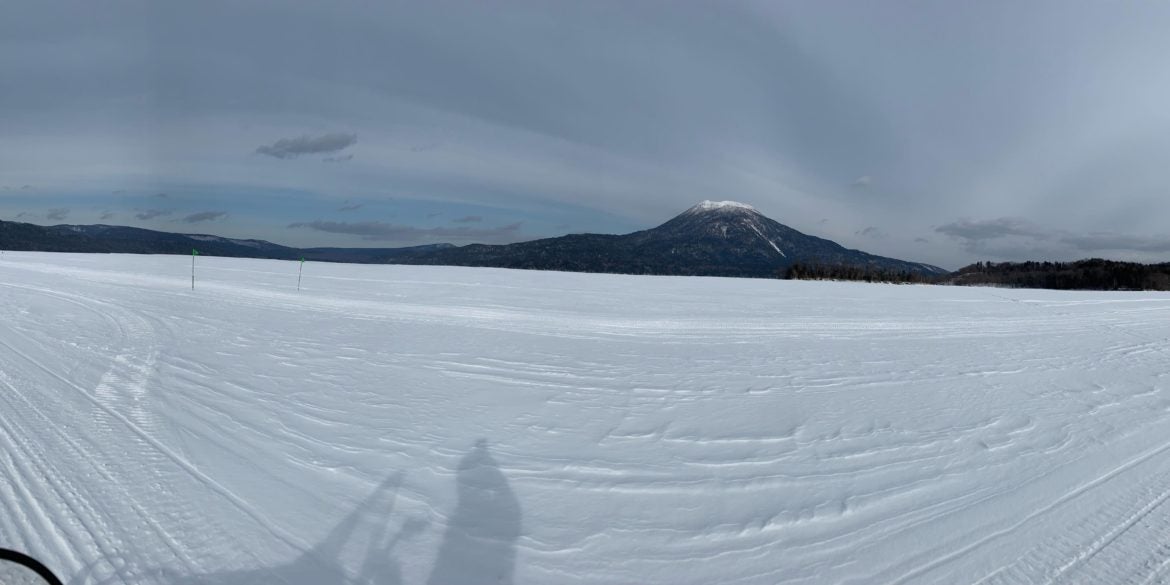 Apparently more and more Filipino travelers want their “winter fix.” They fly to snow-covered destinations and enjoy not only the cold weather, but also the shower of soft, supple snowflakes on their faces. They’re even getting the hang of snow activities.

The Japan Tourism Board says that since 2012, there’s been a 20-percent increase in the number of Filipino tourists in Japan, and, apart from Tokyo, they visit the more popular cities of Osaka, Sapporo and Nagoya.

Now the Japan Tourism Board, with Japan Airlines, is offering Filipinos an alternative destination in the Land of the Rising Sun—a winter escape to Japan’s northernmost island of Hokkaido.

There’s more to Hokkaido than visiting its capital city Sapporo. One can enjoy the island’s powdery snow and more.

One can take a two-hour drive from Memambetsu, one of the cities in eastern Hokkaido, to Uturo for a one-of-a-kind experience—walking on drift ice or frozen sea ice off the coast of the Sea of Okhotsk.

In the middle of winter, the temperature can dip as low as -12°C. The coastal waters freeze hard enough that one can walk on it. Typical wintry garb won’t do when you venture out; a guide will provide you a full-body dry suit, which resembles a very thick scuba suit.

Your guide walks you a few hundred meters away from the shore to a point where you are actually standing on frozen sea—with, hold your breath, a depth of 2,000 meters underneath.

Taking selfies and photo ops can be a little tricky, because your phone can shut down in the extreme cold. (I didn’t even try. The rest in our group tried and their phones conked out. Some tried a really quick selfie and put their phones back in their bags.)

This ice drift experience can be enjoyed from February to March. Right now, the ice floor should be softening. (If you want to try it, start planning for next year.)

Another destination from Memambetsu is Lake Abashiri, whose frozen waters have become a favorite local destination for ice fishing or smelt fishing. The guides provide you with a tent, where they have dug a hole in the ice from where you can fish. If you get a hefty catch, they cook it for you—tempura-style.

The Ainu are the indigenous people of Japan who live in Hokkaido and some parts of Russia (this part is only 40 km from the Russian island of Sakhalin). This marginalized ethnic group, in time, has assimilated itself in mainstream Japanese culture. (Japan’s registered Ainu population is 25,000, but the estimate unregistered populace is 200,000.)

The Japanese government officially recognized the Ainu as part of its population back in 2008. Now there’s a resurgent move to preserve and promote the Ainu culture and heritage.

The Ainu village of Akankohan in Lake Akan is one of the places to see and experience Ainu culture. The Ainu are known for making exquisite woodwork. Upon reaching the center of town, one is greeted by the sight of intricate wood carvings in the buildings and monuments. In the Ainu Cultural Center, one can try wood carving Ainu-style and bring the resulting product home as souvenir. There’s a gift shop of kawaii wood carvings.

With a view of Mount Oakan, Lake Akan is one of the most picturesque spots in this part of Hokkaido. In winter, when the lake freezes, one can try driving a snowmobile. The organizers provided us a 2-km stretch of track so we could enjoy the scenery.

The Japanese crane or the Tsurui-ito tancho has become a symbol of good fortune, longevity and happiness. It is synonymous to the country and its flagship Japan Airlines, which has the image as its logo. One can go bird watching and visit the sanctuary in Tsurui.

One of Hokkaido’s most popular winter activities is going to the ice villages or towns where the cafés, bars, shopping boutiques, and even a hotel suite are all carved out of ice. The ice village at Hoshino Resort is where one can truly appreciate the winter holiday.

Upon entering the village, one can try the ice slide. Couples can book their wedding in the ice chapel. But be ready with appropriate clothing because the temperature can go as low as -24°C.

Japan Airlines has red-eye flights to Japan, leaving Manila at 11 p.m. and arriving at Haneda Airport—the gateway to many domestic Japanese destinations—in Tokyo at 4 a.m. One takes the local Japan Airlines flight to Memambetsu, a city in Eastern Hokkaido.