The Super guide to Scandinavia on a shoestring | Lifestyle.INQ ❮ ❯ 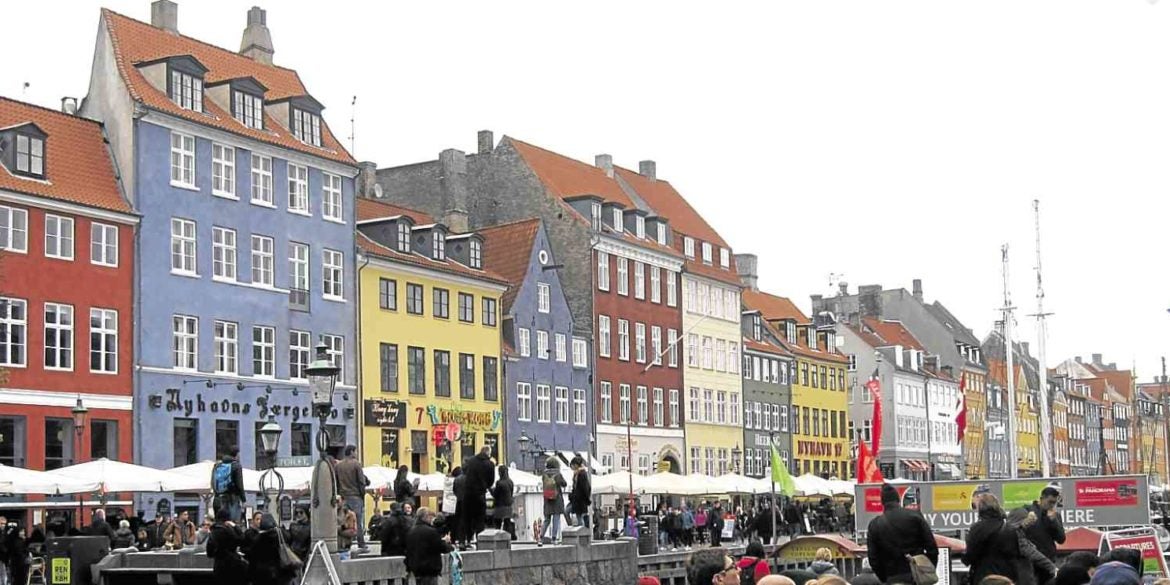 The Super guide to Scandinavia on a shoestring

Going on a month-long trip on the cheap in the priciest part of Europe? It’s possible even for the peso earner

The group can share living expenses, which translates to (a) eating well and healthy or, at the very least, not relying only on instant noodles or nuked frozen meals; (b) booking comfy, well-appointed lodgings, which comes in handy for when everybody’s too tired to be out in the cold and just wants to spend a few hours indoors; and (c) doing the laundry on a washer/dryer for free, because one can’t possibly fit in a month’s worth of clothing in just a 25-kilo piece of luggage.

It’s applicable even for posh airlines with bigger fleets like Cathay Pacific and Qatar Airways.

You might ask, why would a frugal traveler fly luxe? Actually, you won’t. You’ll be flying coach, but in a reputable airline. It makes a huge difference in keeping health and sanity intact so that  you, a person raised in the tropics, can better adapt to northern Europe’s crazy low temperatures,  Iceland’s forceful winds and its midnight sun (when nights seem like day in May-July).

Compare/contrast the cost versus perks/downsides, such as number and duration of layovers, and service quality. We have tried scrimping the long-haul flights on a lesser-known carrier before, only to have the outbound flight changed several times and, worse, be forced to endure a rude flight crew.

We’ve tried both. Their apps, the ease of DIY check-in and bag drop, and cabin experience satisfied our requirements.

The property should meet basic (also money-saving) needs like enough beds, WiFi access, proximity to commuter station and supermarket, a cooker/stove or working kitchen, a washer-dryer.

It’s so much easier to withdraw from airport ATMs than going to the money changer and then being subjected to forex charges and taxes. It gets confusing as well to have all the notes and coins at the same time, since each Nordic state uses a different currency. Locals regularly use cards over cash, more so in Iceland where the running joke is that purses are useless to an Icelandic woman on a night out because she would only need lipstick and plastic.

Services are tip-based. Pay only the amount you think the experience is worth—just don’t be such a Scrooge. Most tour guides know their cities like the back of their hands. Not only can they talk culture and history. After the tour, they can also be asked how to get around town and find inexpensive hotspots.

Denmark: In Copenhagen, Thorvaldsens Museum and The National Museum of Denmark (https://en.natmus.dk/museums-and-palaces/the-national-museum-of-denmark). Both offered free entrance on a Wednesday at the time of our trip.

Finland: Suomenlinna (www.suomenlinna.fi), a sea fortress turned Unesco World Heritage site, has what is called “Art Walk,” featuring art shows as well as artisan studios for ceramics, woodwork and glassblowing. The fortress has no entrance fee; pay only for ferry transfers from Market Square of mainland Helsinki.

Norway: The National Gallery (www.nasjonalmuseet.no) in Oslo is temporarily closed; it’s moving to the new National Museum that opens next year. Free admission was on a Thursday at the time of our trip. The gallery exhibits the best of Norwegian artist Edvard Munch’s work, such as “The Scream” and “The Dance of Life.”

Sweden: Sigtuna (https://destinationsigtuna.se), a town of medieval structures and traditional wooden homes in northern Stockholm, has its own version of an art walk. Pay only for the commute; public transport to the town is available.

The Viking Ship Museum (khm.uio.no) in Oslo, Norway—Tickets are actually cheap, about P600 each, by Nordic standards.

Places of worship, such as Catholic churches and shrines, even small ones like the unique, wooden Kamppi “Chapel of Silence” in Helsinki, Finland. Remember to minimize noise and be respectful of worshippers.

The ceremony takes place at Copenhagen’s Amalienborg, The Royal Palace and Park in Oslo, and Royal Palace of Stockholm. Swedish royal troops are even occasionally accompanied by a brass marching band that can play pop tunes, and on horseback, too!

Maximize the paid ticket by going late in the afternoon and staying till evening. The grounds turn sparkly and even more gorgeous when all the lights are on. Catch the lagoon’s nightly water dance show as well.

The same travel agency (refer to tip No. 13) offers transfers to Blue Lagoon, with buses departing on a regular basis to and from the site.

Locals would recommend the lower-priced public thermal pools. However, for Iceland first-timers, this is one more instance to relax the frugality. Go for the grand experience but choose the most affordable package—a daytrip (www.bluelagoon.com).

We caught an astounding production of Giuseppe Verdi’s “La Traviata” in the city of Gothenburg, the balcony seats worth about P2,500 each. Shows regularly sell out, especially at the Royal Swedish Opera in Stockholm.

After passing all security checks, refill yours at a drinking fountain, which airports usually have. If you can’t find any, then refill from the restroom taps. Don’t worry, Scandinavian tap water is potable.

Take advantage of this freebie as you might need it for other purposes, such as storing snacks or an unfinished sandwich.

Again, take advantage, as it can be used for unwashed clothes, as DIY compression bag to save luggage space, or as garbage bag.

Though written in the vernacular, the often neon tags/labels have numbers and/or the percent sign. Chances are items could be on sale, on buy-1-take-1 promo or have special deals that could save you a few extra bucks.

Condiments, dish cleansers or dishwasher pods/detergent in rentals can be used (make sure to ask permission), so remove these from the grocery list. Take note, unlike in the Philippines, Europe does not sell anything in solo/budget sizes (aka tingi-tingi).

For example, toilet paper. Pack some of the core-free or travel-size variety. Don’t ignore tissues provided in restos, fast-food chains and (paid) public toilets. Bring laundry detergent in sachets, too.

Going out and about

These will tide you over between meals (all the walking will make you hungry) and keep you from buying expensive grub on-the-go.

The Nordics may have tasty hotdogs on buns with fried onions, open-faced sandwiches, stewed meats and smoked fish, but the cuisine could still be an acquired taste for the Pinoy traveler.

The best ones we’ve made had also joined free walking tours and are savvy budget travelers. It helps to have others with whom to exchange travel tips and overlooked details, such as supermarkets with the best prices and sudden weather changes (as in Iceland).