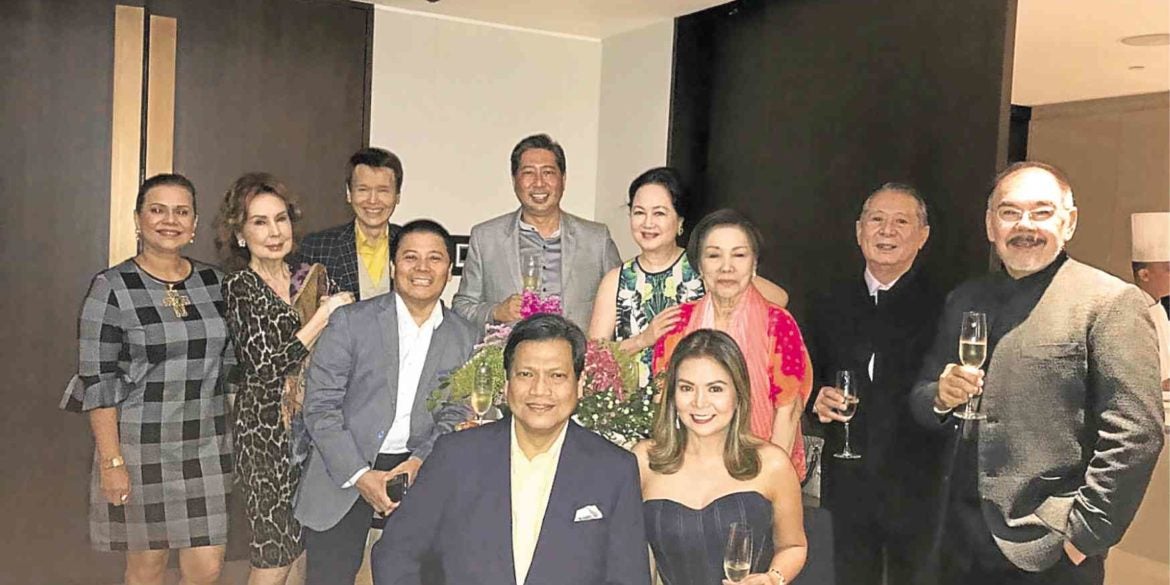 And so it is—friends remember George Sison

He departs without fuss, fanfare

Rene Puno had a bad feeling that afternoon in early March. He sent a welfare-check text to his good friend George Sison, who had been ill. Puno hadn’t heard from him for some time.

The two men had known each other for many years, since Puno and Sison’s sister Mara were college friends, but it wasn’t until recent years that they had developed a close friendship. They had twice-a-week, hours-long phone conversations—often it was Sison calling to consult with his lawyer-friend about his Inquirer Lifestyle column, but “mostly just to talk nonsense,” said Puno.

“We were both Gemini, twins, so alike that we formed an intimate bond,” Puno pointed out. Hence, his foreboding. Puno and his wife Ann would later learn that Sison died of leukemia an hour after he sent his text. Sison was 78.

About six months ago, Sison told Puno that when he dies, he didn’t want anyone to know. He wanted no fanfare. “And he meant it,” said Puno.

And so it is—or was—that Sison made good on that promise: He was quickly cremated and his ashes scattered, before friends were told of his passing.

“Knowing how vain George was, he probably didn’t want anyone to see him sick. It just felt wrong and unfair because we didn’t have an opportunity to say goodbye,” said Puno.

It was early this year when Sison withdrew from their regular, long dinners—most of which he organized. In January, he told another longtime friend, Mario Katigbak of Hermès and Tiffany, that he had caught a “bug” and that he had been in and out of the hospital.

While Sison’s friends suspected his condition was worse than he was letting on—he had been drastically losing weight—they allowed him his space.

“He was the type you didn’t pester if he didn’t reply to your text. He didn’t want anybody fussing over him,” said Katigbak.

Even Sison’s sister, Margarita, to whom he was close, didn’t know the extent of his illness.

Sison did manage to text a birthday greeting to Ann Puno in January. “It was very touching, especially since I knew he was recuperating at the time,” she said.

On the ninth day of his passing, his intimate group of 10—Katigbak, the Punos, Glenda Barretto, Noel Oñate, Joy and JV Rustia, Frannie Jacinto, and sister Margarita Sison—got together for a memorial dinner. Even in his absence, it was, in true George Sison fashion, another very long dinner. (They had another dinner last week.)

“George took it as a personal affront if you didn’t stay at least six hours,” said Puno. “Our dinners started at 7, and would go on for 6-7 hours. It was he who brought us all together and we just clicked.”

Those meals always had to be in a private room because of the risqué topics and juicy gossip, Katigbak said.

Bits of those dinner conversations made it to his weekly column, which, more often than not, also delved on his contempt for the Marcoses (he was a political detainee during martial law). “Whenever he called for advice about his column and I’d tell him it’s precarious, he’d say, ‘I’ll run it anyway,’” Puno said with a laugh.

The lawyer also recalled the dinners he had hosted with both Sison and Imelda Marcos present. The former was always cordial and diplomatic, “though he never made a secret of his true feelings. He spoke his mind and lived his life as he wanted. All the things he felt strongly about—movies, music, art—he did them all.”

Katigbak, however, said that, with age, Sison had turned more satirical than staunchly partisan in his political views.

“I miss his daily phone calls just talking about random things, commenting about people,” Katigbak said. They knew each other since the mid-1970s; it was Sison who christened Katigbak’s erstwhile shoe brand Maro—“take out the ‘i’ in Mario, it sounds too Italian,” Sison told him.

“George opened your mind to a lot of things,” Katigbak said. “He gave very good advice. He was a good and loyal friend. And he was a lot of fun!”

Katigbak witnessed the early years of IAMISM, the temple of prayer and spiritual enlightenment that Sison founded.

“George is irreplaceable,” Puno said. “He had an extraordinary personality. We would just laugh and laugh on the phone about nonsense. Wala nang ganun.”