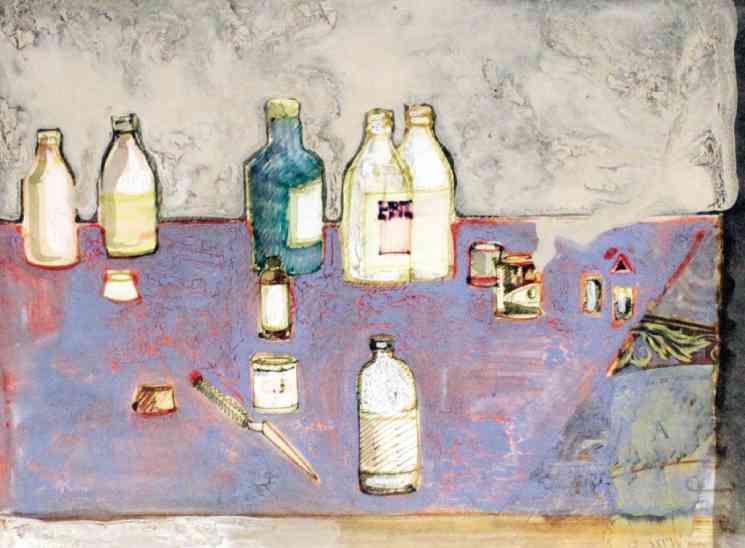 Born in Graz, Austria. Floedl appeared in several Hollywood B-movies with Donald Pleasance, Susan Sarandon, Robert Davi and Richard Hatch.
He has called the Philippines his home since 1985 but kept a residence in Austria.

Floedl has been collecting tribal art since the 1980s and has grown his collection to include contemporary art consisting of both European and Southeast Asian pieces.

He later went into business as a trading consultant with several Philippine corporations such as Philippine Airlines.

He has also been restoring American muscle cars, which he found aplenty in the Philippines.

In 2015, along with the Fuguwi Collective of Philippine filmmakers, he made the acclaimed documentary movie “Moti8tion,” about the restoration of United States vintage cars.

Since the 1980s Floedl has been collecting in particular Cordillera art. He has also been collecting the earlier abstract works of conceptual father Robert Chabet and modernist master Virgilio “Pandy” Aviado.

For the León Exchange online auction, three sets of bulol will be up for bidding as well as an assortment of Ifugao Punamhan ritual boxes, early 20th-century Bagobo tapis, a dining set from the Bontoc Mountain Province, and signed paintings by Roberto Chabet and Virgilio “Pandy” Aviado.

As in previous editions of its online auction, León Gallery will provide collectors and first time buyers with an impressive variety of lots that can be purchased online in the comfort of one’s home or office.

There’s a one-piece Narra dining table by Nuguid from the 1960s that is both visually pleasing and certain to be a centerpiece of any home. Up for grabs as well is a china cabinet made of narra that was commissioned from Malacañang Palace during the presidency of Elpidio Quirino.
Equally enticing is an eight-piece silver service tea set that can be had for the right bid.

An immaculate piece of work from Araceli Dans, “Dakilang Rosal,” is sure to attract collectors of fine Filipino art, so too will Arturo Luz’s “Anito” wood sculpture and Ramon Orlina’s glass sculpture. Paintings from Juvenal Sansó (“Before the Dawn”), Manuel Rodriguez Sr. (“Flowers on May”), Antonio Dumlao (“Batis”), and an untitled abstract from Federico Aguilar Alcuaz are also among the featured works.