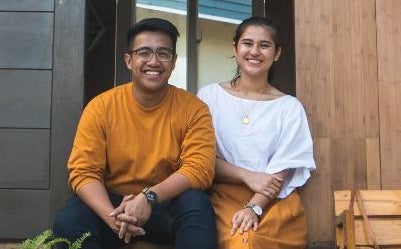 MANILA, Philippines — Four Filipinos made it to Forbes Magazine’s “30 under 30 Asia” list recognizing 300 outstanding entrepreneurs and innovators, all under the age of 30.

“The Forbes 30 Under 30 Asia list this year highlights daring entrepreneurs who are building businesses mostly to solve problems in their industries,” Forbes “30 Under 30 Asia” editor Rana Wehbe said.

“It is also remarkable to see many of these change makers actively working towards sustainability – from supplying affordable green energy in rural areas to cooking and promoting sustainable ingredients and campaigning to reduce the use of plastic straws,” she added.

Among the Filipinos recognized were cofounders of Cubo Earl Patrick Forlales and Zahra Halabisaz Zanjani.

According to Forbes, Cubo is a company which “designs and constructs bamboo houses in just four hours.”

The duo hopes the company can tackle “the shortage of accommodation in the Philippines with low-cost bamboo housing units.”

Fetch! Naturals is a premium pet care brand that only uses natural ingredients in its products.

According to Forbes, the brand has opened two retail locations in Manila and Los Angeles since it was established in 2016.

Kenn Costales, the 29-year-old founder and chief executive officer of Monolith Growth Ventures, also made it to this year’s “30 under 30 Asia” list.

Monolith Growth Ventures is a performance marketing firm established in 2016 with offices in Singapore and Manila.

“Costales founded the company in 2016 after years of working for Procter & Gamble, and his firm has grown rapidly to 15 full-time staff,” Forbes said.

Forbes said this year’s list features honorees from 23 countries across the Asia-Pacific region.

China has the highest number of honorees with 61, followed closely by India with 59. Japan came in third with 30 honorees while South Korea took the fourth place with 28.

Last year, six Filipinos made it to the list. /cbb