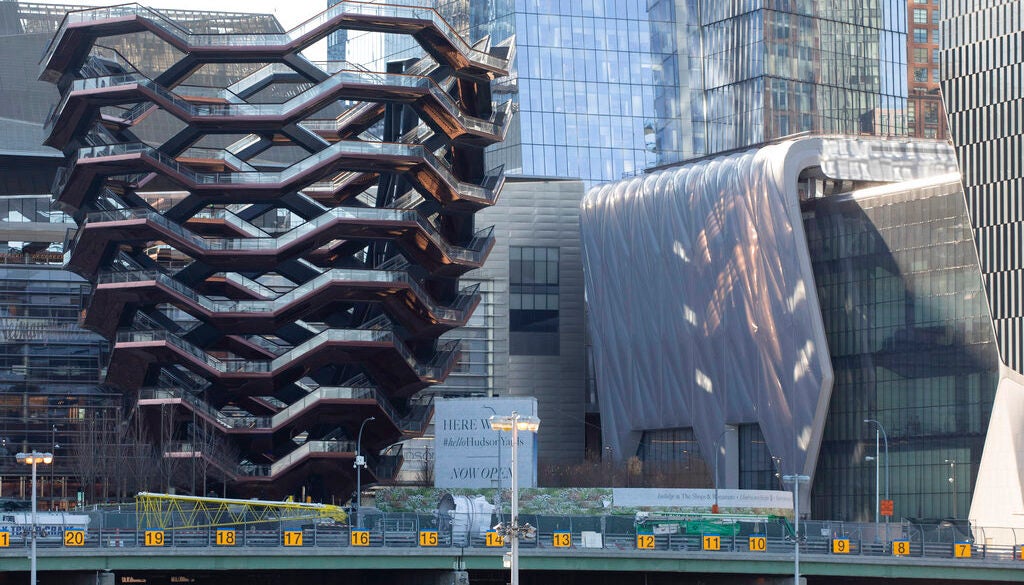 The Vessel, left, and The Shed, the latest additions to Hudson Yards, appear Monday, April 1, 2019 in New York. The Shed, a performing arts center, opens to the public on Friday. (AP Photo/Mark Lennihan)

Manhattan arts center, The Shed, makes its debut on Friday

NEW YORK — A new Manhattan center for the arts is opening to the public on Friday.

A ribbon-cutting ceremony was held Monday at The Shed, which will commission original works of art across all disciplines.

The 200,000-square-foot arts center is part of the $25 billion (around P1.3 trillion) Hudson Yards development. It includes gallery space, a theater, a rehearsal space, a creative lab and an event space.

It’s enveloped by a giant telescoping shell that can be moved in a matter of minutes to incorporate an adjoining open-air plaza.

The programming will debut with a concert series called “Soundtrack of America.” It celebrates the influence of African American music on contemporary culture. MKH