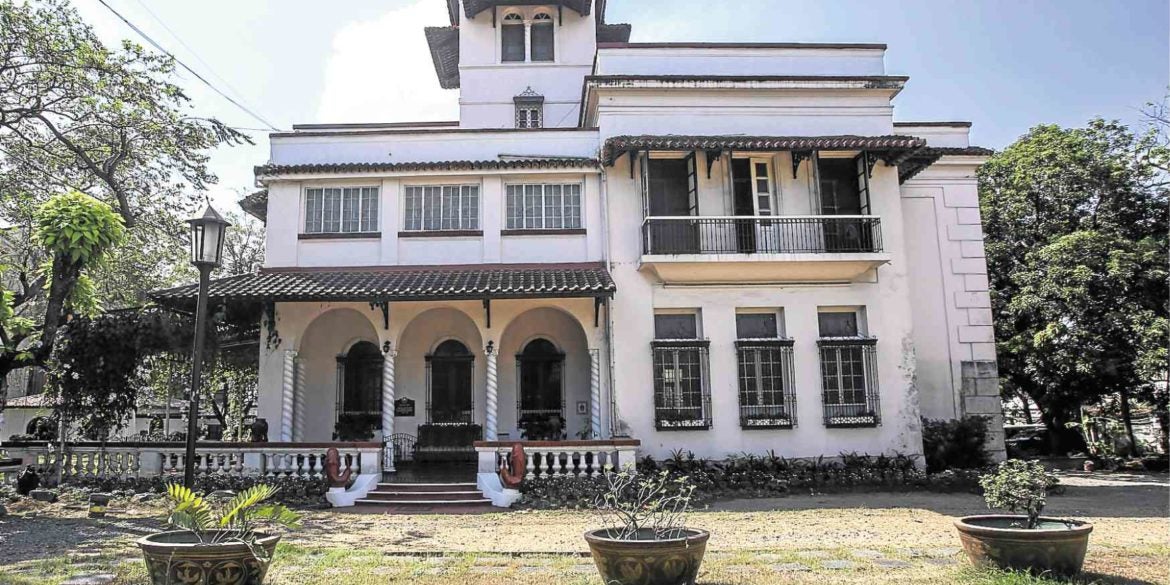 MiraNila, built in 1929, sits atop Mariposa Hill in what once was a bucolic part of San Juan, Rizal, but is now part of Cubao, QC. From the tower of the four-story mansion, one could look west over the wide windows and have a full view of the capital.

Declare MiraNila a heritage house, proposed Sen. Helena Z. Benitez in a letter to the executive director of the National Historical Commission of the Philippines (NHCP), Ludovico Badoy, five years before her death in 2016.

MiraNila is the family’s ancestral home built in 1929 atop Mariposa Hill in what once was a bucolic part of San Juan, Rizal, but is now part of Cubao, Quezon City. From the tower of the four-story mansion, one could look west over the wide windows and have a full view of the capital. “Mirar Manila!” as one might exclaim in Spanish. Thus, MiraNila.

As the so-called “Lion of Historic Preservation,” the late William Murtagh said, “At its best, preservation engages the past in a conversation with the present over a mutual concern for the future.”

Now, the mansion is being turned into a museum, thanks to the efforts of Benitez’s descendants, Purissima “Petty” Benitez Johannot, Bebet McClelland, Lyca and husband Nick Brown, and Asuncion “Sunny” Benitez Rush, daughters of Helena’s brother Tomas.

It was the senator’s parents, Francisca and Conrado Benitez, who built the Art Deco house, after the architectural style in Florence. He is remembered as a pioneering educator and constitutionalist, founder of the University of the Philippines College of Business Administration, and co-founder of the Philippine Rural Reconstruction Movement.

More than just a home for the Benitez family, however, MiraNila at 1 Mariposa Street, has been a witness to our nation’s history, welcoming Commonwealth officials in the 1930s and housing (under coercion) Japanese imperial army officers during World War II.

When the family reclaimed MiraNila after the war, recalled Senator Benitez in published interviews, they found 16 unexploded bombs planted by the Japanese all over their three-hectare property.

They were lucky. The neighboring house at 2 Mariposa Street, that of her father’s best friend, martyred Chief Justice  Jose Abad Santos, was reduced to ashes by mines planted by the enemy. Abad Santos is memorialized in the P1,000 bill with Vicente Lim and Josefa Llanes Escoda, all beheaded by the enemy for refusing to cooperate with the Japanese.

The Benitezes named one of their family-owned schools as the Jose Abad Santos Memorial School (Jasms).

On April 7, 2011, the NHCP declared MiraNila a historical landmark.

Patriarch Conrado was one of the “Seven Wise Men” appointed to draft the 1934 Constitution. His father, Higinio, was in the 1899 Malolos Congress, and son Tomas was a member of the 1971 Constitutional Convention.

His wife, Francisca Tirona Benitez, a suffragist, was cofounder and president for 45 years of Philippine Women’s University (PWU), the first university for women in Asia founded by Asians.

Their daughter, Helena, former educator, founder of the iconic Bayanihan Dance Troupe, diplomat and senator, lived in the house until her death at age 102.

MiraNila—with its main house, pavilion, and chapel— contains a collection of original furniture, art pieces, and books, including Filipiniana, reference and law books. It keeps manuscripts, some dating back to the 1800s.

According to Johannot, “The main proponents behind MiraNila today is the Benitez-Tirona MiraNila Foundation, a nonstock, nonprofit organization established by the senator herself, with the household staff that had been with Helena for decades, staying on even after her demise and working tirelessly to get the house and contents in order.”

She adds, “The Foundation intends MiraNila to serve as a historical museum and library for the public, offering educational and professional services to Philippine studies researchers, both local and international.

“From July to December 2018, my sister Bebet and I have culled down the contents of the house to about 2,000 objects.”

The MiraNila staff first fumigated, then cataloged with two librarians from UP Diliman about 4,500 books.

“While most of the archives of Helena have joined the archives of her parents at the PWU, some important papers have remained and will be exhibited at MiraNila,” she said.

The objects alone are overwhelming with antique pieces of furniture like the 19th-century mother-of-pearl seater and love seats, portraits of Francisca by the winding staircase and of Judge Higinio Benitez, his wife Soledad Francia and other members of the family, rendered by great masters Simon Flores, Antonio Malantic, Pablo and Fernando Amorsolo, Diosdado M. Lorenzo, Macario Vitalis and Fabian de la Rosa.

A Steinway piano graces the music alcove just below the winding staircase.

In the main dining room is an impressive black and white mural titled “Binasuan” by Carlos “Botong” Francisco. Its authentication papers from the National Museum were signed by Jose Joya and Alfredo Roces. In the same room is the “Head Study of a Mexican Peasant” (1921) by no other than Diego Rivera himself.

The left shelves are devoted to pre-Spanish ceramics from China, Vietnam and Siam from Philippine excavations. One truly rare piece is a Filipino palayok given to Helena by the eminent archaeologist Robert Fox.

The right shelves, meanwhile, show fine glassware and crystal collected from the lady senator’s travels in Venice, Italy, and Wedgwood, United Kingdom, as well as in eastern Europe.

When her parents died, the senator filled the house with Orientalia, most of which she bought in a San Juan antique shop in the ’70s to ’80s. Outstanding of these is a Coromandel screen of 49 Japanese women in various stances of work and leisure carved in ivory and camel bone.

Going out to the side patio, one finds the senator’s collection of brassware, bamboo crafts, umbrellas and various weapons from Mindanao. After all, Helena has been declared princess of Lanao royal houses mainly because of her longtime legislative work for Muslim women and PWU’s service to them.

Fronting the patio is a chapel which boasts a Holy Family stained glass made by Kraut, a German manufacturer in the Philippines. Ivory sculptures line the wall behind the altar. The stations of the cross were donated by Helena’s 13 nieces and nephews. Some former residents of MiraNila are entombed in the chapel niches.

Three pieces of priceless wooden furniture in the museum were Helena’s favorite, according to Johannot. “They are not the insurance-value Sheraton-style commodes made in Baliwag in the small dining room, nor the graceful hinge-less cabinet in the reading room, and not even the Ah Tay four-poster bed in the master bedroom,” she emphasizes.

Johannot says, “They consist of a lady’s dresser with a stool, a three-part cabinet carved with the letters FTB (Francisca Tirona Benitez), and a boy’s dresser that converts into a desk. They were purchased by Francisca with a P150 prize money she won in a Rizal Day essay-writing contest!”

Johannot says, “For museum programs, we’d need to find partners to fund each activity or workshop, like a residency program for literature and the arts.”

Artist David Medalla had accepted to be the first artist of such a program. Moreover, the museum shall hold events with an artists’ collective in the Murphy district called “Load na Dito.” The collective is a 15-minute walk from MiraNila and is run out of the home of Mark Salvatus who will show his works in the Philippine Pavilion at the Venice Biennale.

Johannot, president of the Museum Foundation of the Philippines from 2011 to 2014, Art Studies lecturer at UP Diliman, author and editor, has realistic plans on how to continuously attract visitors to the museum.

She says, “Our hope is to involve not only the organization in which my aunt Helena had taken an active part, but the communities in Cubao, Mandaluyong, and San Juan and to carve a niche for MiraNila in their cultural scene that is vibrantly young, fast, and changing.”

She says, “Soon, we shall have a little café here, too.”

In this quiet nook that is MiraNila, we shall meet and see the past, present and future of what has evolved into a bigger metropolis that is Metro Manila. —CONTRIBUTOR