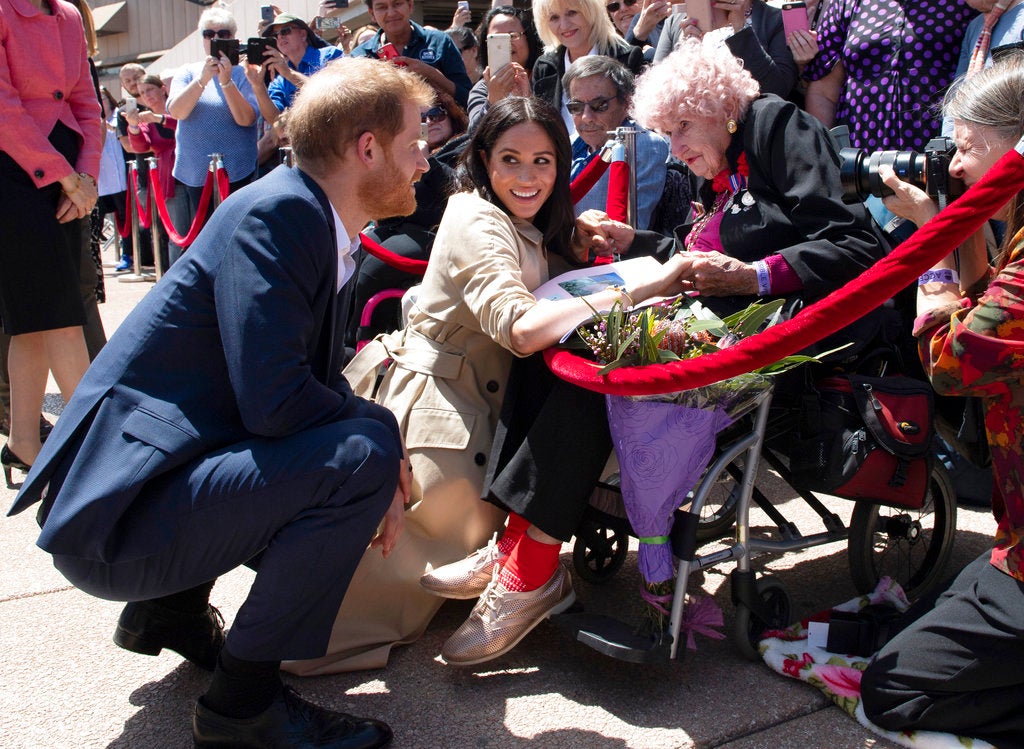 LONDON — Prince Harry and his wife Meghan the Duchess of Sussex are planning to write to the family of an elderly war widow who was among his biggest fans before she died in Australia.

The royal couple is described as deeply saddened by the death of Daphne Dunne. She was 99.

Her family said on social media on Tuesday that their mother and grandmother “passed away peacefully” on Monday.

“She was a truly special lady who will be greatly missed by so many,” the family said.

“The simple act of stopping Daphne in the street and holding her hand meant more to Daphne than anyone could ever imagine,” it added.

The Australian press reported that she died after being hospitalized with pneumonia.

She had met Harry three times during his visits to Sydney, Australia, and had recently received a letter from Harry and Meghan on her birthday.

Harry had introduced Dunne to Meghan on his most recent visit.

Dunne said afterward that “it was lovely to meet the duchess, Meghan. Harry is a wonderful man and I’m so happy he had found happiness.” NVG