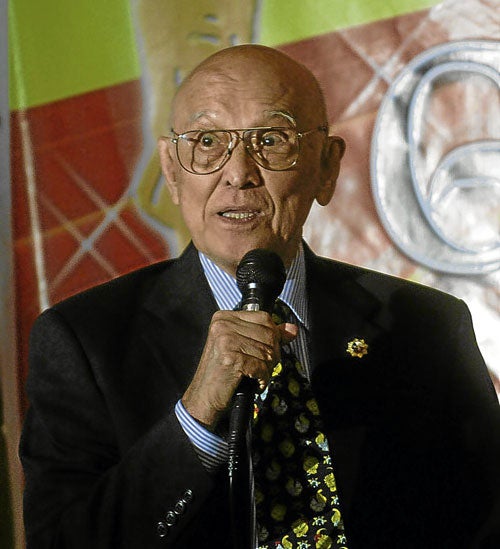 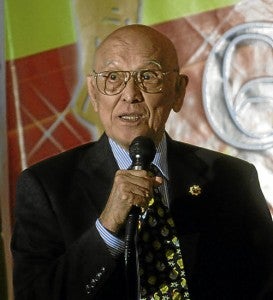 Alejandro R. “Anding” Roces was my father’s first cousin, but since he was only two years older than I was, we treated one another as cousins. This was true of his other eight brothers, both younger and older than me.

In fact, we were closer than cousins. In the last seven years before the outbreak of World War II, I had lunch at their home at 982 Taft Ave. cor. Remedios every school day.

Since we were all at the Ateneo on P. Faura, my father had arranged with his father, Rafael Roces Sr., to take my noon-time meal with them, since we lived in far-off Balic-Balic and he wanted to spare me the tastelessness of the institutional fare given to half-boarders. In a similar situation was their cousin Vicente “Inting” Icasiano.

Rafael, with his driver Gil at the wheel, would leave his Plaza Goiti office in his black five-passenger Dodge and first fetch another cousin, Mario Reyes of Palawan, from Letran, then pick us up at the corner of P. Faura and Florida (now M. Orosa), where we all piled in—Anding, his brother Luis (Chito—closest to me in age), possibly Pipo (Francisco), Inting and myself. Somehow the five-passenger Dodge accommodated all eight or nine passengers.

Some of Anding’s brothers had other nicknames, Tuting (Jesus) was also called Tutso, now the name of a bar at his daughter Ninit Paterno’s Orchid Garden Hotel. Peping (Jose) was Pempot, and Anding was Dando, and it was by that name that I addressed him whenever we conversed.

At lunch, Rafael dominated the conversation. He ate sparingly but talked copiously. His sons said their father lived on stories (vivia de cuentos). Often he would stand while giving his lunchtime discourse.

Rafael and his wife Inocencia (Enchay) were kindly souls and highly principled. Rafael was also very entrepreneurial, and among his prewar ventures was a manganese mine in Busuanga.

Anding spent a summer there and told a typical Anding story on himself. They were gathered around a campfire after dinner and he was asked for a guitar selection. He chose a song popular then, “Touradas en Madrid,” and gave it all he had, finishing with a flourish. When he ended, there was dead silence, and he noticed his companions looking expectantly at him.

“When are you going to play?” they asked him.

“But I’ve already finished!” he exclaimed.

“Oh, we thought you were just tuning the guitar.”

This typified Anding as a raconteur—part fact, part fancy, infused with humor, often at his expense.

(The manganese mine was taken over by the Japanese during the occupation, and when they left they blasted the tunnels and made it impossible to rehabilitate.)

Rafael, on top of all his other admirable qualities, was intensely patriotic, and this was passed on to his sons, five of whom took part in Resistance activities. Anding was one of them but did not last long, owing to his asthma from which he suffered from an early age. His eldest brother Rafael Jr. (Liling) was executed by the Japanese.

After the war, and studies abroad, Anding and I diverged in our career paths. He was an educator and a columnist, while I worked quietly at research in the Central Bank.

He became President Diosdado Macapagal’s education secretary, recommending the change of our Independence Day celebration from July 4 to June 12, a move that has had lasting nationwide effects.

He also raised the nation’s consciousness about our local festivals, particularly the Moriones of Marinduque, which he promoted and popularized.

With fellow National Artist Nick Joaquin, he preached the gospel of Filipino heritage. While his literary works revolved around cockfights, his nonfiction work on fiestas is probably his most lasting legacy. He regarded the fiesta as “the Filipino’s ultimate community expression.”

How perceptive he was is illustrated by a historical incident cited by Dutch professor Otto van den Muisjenberg in “The Philippines through European Eyes.”

Sixty-nine cigarreras were sent in 1889 to Semarang, Java, to teach cigar-making to the women there. On their return home 10 months later, one of them said that in Java, the rice was finer and more varied, the food cheaper, the fruits better (except mangoes).

But when asked if she wanted to return, she said no, life was very dull there, “no fiestas, no music, no processions, nothing at all.”

This was more eloquent than any number of ponderous studies in underlining Anding’s emphasis on the fiesta.

During martial law, Anding was active in the anti-Marcos opposition but somehow avoided being jailed.

He joined Ninoy Aquino’s ticket in the 1978 elections, and he told us how people received them warmly and even offered them money, instead of the other way around. But, of course, they were not allowed to win.

Moreover, the Roces-owned Cine Ideal, which had survived Japanese attempts to burn it in February 1945, mysteriously went up in flames. Was Marcos getting back at Anding? But nothing could be done about it, since any allegation of a political motive would have held up fire-insurance payments.

After the Agrava Commission’s report on Ninoy Aquino’s assassination, Anding made up a satirical verse in Spanish that started: “La comision Agrava, agrava la situacion.” In English: “The Agrava commission aggravates the situation,” which doesn’t quite catch the semantic play on the word agrava.

This verse he recited to me and my daughter Isabel when I took her to meet him and the courageous Cecile Guidote Alvarez at merienda in New York so she could meet some real live members of the opposition. They were so strapped for funds I had to give Anding and Cecile a subway token each to get them home.

In the 25 years since Edsa I, Anding had resumed his column-writing and we stayed in touch with occasional phone calls. He told me he saved copies of my weekly Free Press columns. A few months ago, even his column-writing came to an end in the face of his deteriorating health.

When he passed away, a real national personality left the scene. But he was given a state memorial service at the Cultural Center of the Philippines and interment at Libingan ng Mga Bayani.

It was the least the country could do for one who had contributed so much to Philippine freedom and culture.