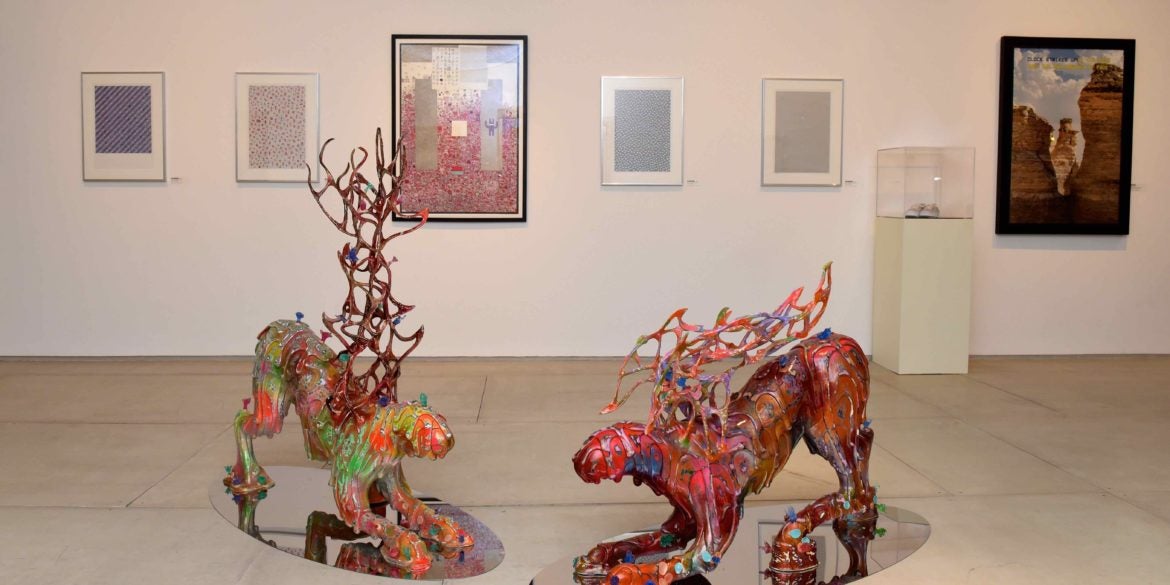 What do you find in yourself when you go outside the familiar? This among other questions are what “In the Near Distance” seeks to answer. The exhibit is the latest offering at León Gallery International and opened last Monday, Mar 25..

Artists included are Ian Anderson, Olivia d’Aboville, Henri Lamy, Leeroy New, Mark Nicdao, and Enzo Razon. Their various visions, expressed in different medium, focus on identity and belonging in their homes and in other countries.

Two of the artists featured, Olivia d’Aboville and Leeroy New, may be described as warriors for the ecology, relentless in their cause to breathe life into our polluted waterways. D’Aboville’s pleated tapestries foretell an imagined, perfect world. 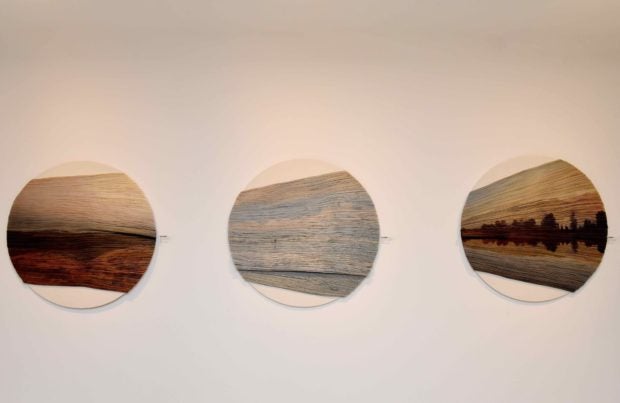 A third younger, but no less adamant, voice for nature in need of rescue is Enzo Razon, who shows two landscapes in the ironic form of a karaoke vignette, suggesting that this may be the only way to view nature’s glories in the future. 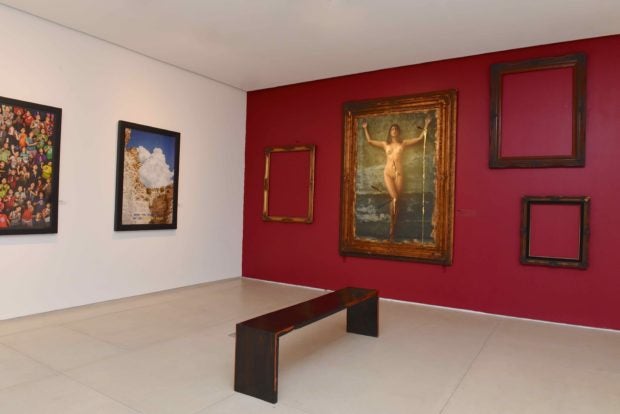 Henri Lamy is most light-hearted, his works combining the physicality of his capoeira and his paintbrush.

Ian Anderson captures the mindless monotony of the ordinary man, trapped in an unforgiving present. 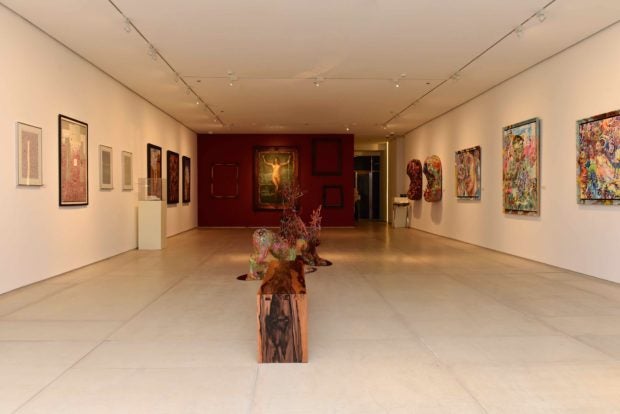 Mark Nicdao offers a riveting image of beauty skewered by the arrows of passion; a commentary befitting the country’s most sought-after yet mysterious photographers. Nicdao’s creature bleeds for her art, but in molten gold.

“In the Near Distance” is until Apr. 8 at León Gallery International, Corinthian Plaza, Makati, Metro Manila.