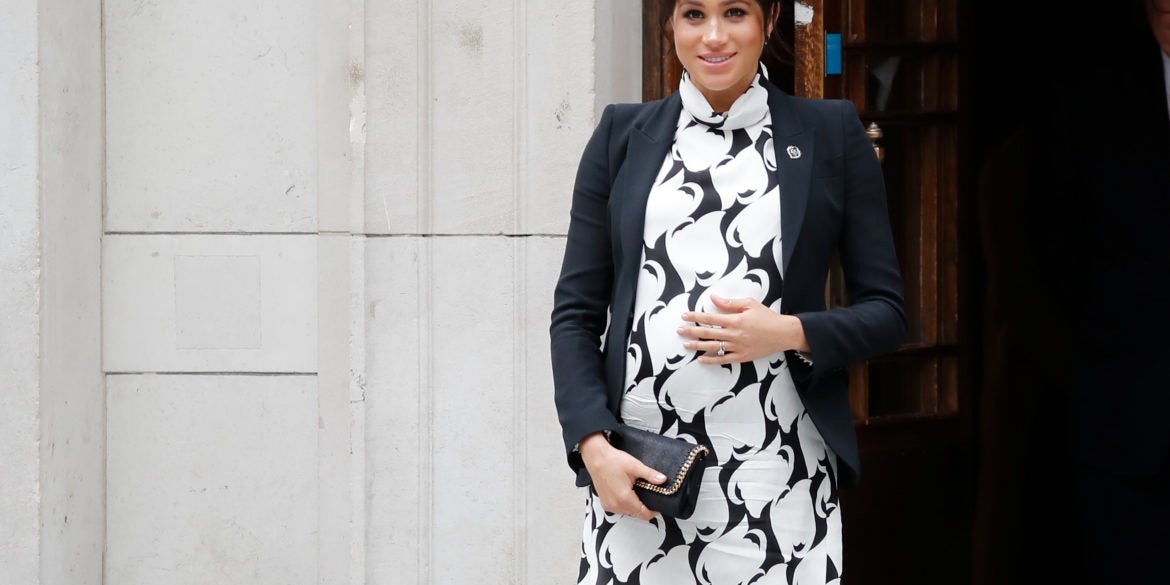 Britain's Meghan, Duchess of Sussex leaves after participating in a panel discussion convened by the Queen's Commonwealth Trust to mark International Women's Day in London on March 8, 2019. (Photo by Tolga AKMEN / AFP)

By: Joe Jackson via AFP

Meghan Markle drew fresh scorn from British media this week after celebrating the imminent arrival of her first baby with what they described as an “extravagant” trip to New York in a private jet.

The Duchess of Sussex, due to give birth in the spring, returned to Britain Thursday after enjoying a party with celebrity friends at what British papers referred to as “the most expensive hotel suite in the US”.

The party, hosted at Manhattan’s Mark Hotel by Serena Williams and attended by other high-profile figures including Amal Clooney, saw guests serenaded by a harpist and given expensive gifts, they reported.

Although neither Markle nor British taxpayers footed the bill, The Times led the critically-toned coverage, headlining its article on Friday: “Meghan’s extravagant New York baby shower provokes flood of indignation.”

It said the visit had “prompted a debate about extravagance, style and the environmental impact of crossing the Atlantic in a private jet”, including criticism from environmental lobby Friends of the Earth.

The paper also trawled comments posted on the parenting website Mumsnet, quoting one person who was “quite disgusted by the way she is burning through money”.

The Times added: “To some British minds the mere concept of a baby shower — an American import — seems inappropriate.”

In the right-wing Daily Mail, columnist Jan Moir asked what could Queen Elizabeth II make of the duchess’s “lavish trip”.

She added: “can you be a self-identifying international humanitarian and have a £300,000-plus baby shower held for your already fabulously privileged unborn child?”

Meanwhile the Daily Telegraph — said to be the Queen’s favoured newspaper each morning — reported the “glamour” of the American gathering may have “surpassed” Markle’s wedding last year to Prince Harry.

The coverage led Hollywood superstar George Clooney to claim she was being “vilified and chased” in the same way as Harry’s mother, the late princess Diana.

Clooney, a close friend of the couple, told an Australian magazine last month there was a risk of “history repeating” itself with the feverish media attention.

Markle had another high-profile defender this week: Beyonce.

The singer posted a tribute to the former actress on her website to mark Black History Month in the US, crediting Markle with bringing “many black traditions to her royal wedding”.

“She and Prince Harry have continued to push the race relations dialogue forward both near and far,” she added.

The royal couple are set to make a three-day trip to Morocco this weekend at the request of Britain’s government — the first royal visit since Prince Charles and Camilla visited the kingdom in 2011.

Queen Elizabeth II’s first and last visit to the North African country was in 1980 and became known as the “tour from hell” becuase of a series of planning errors, according to British media.