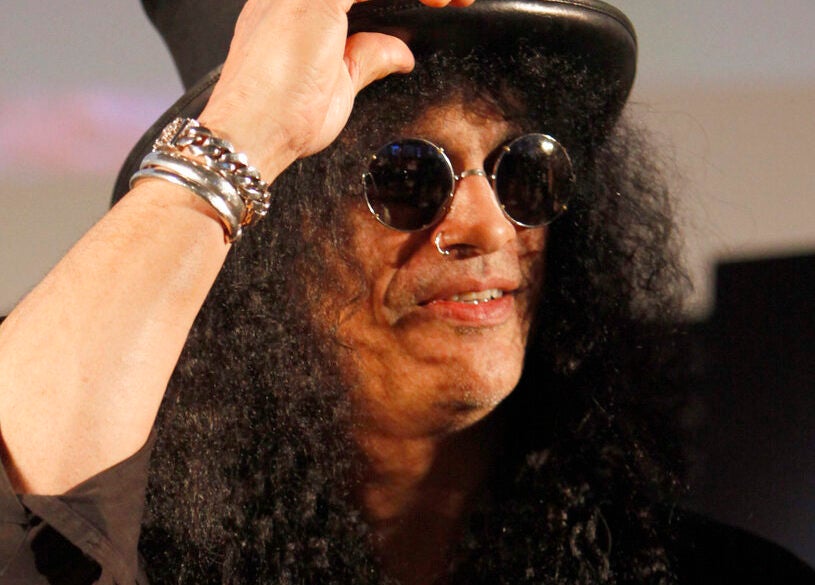 Julien’s Auctions announced Thursday the collection from Slash and Perla Hudson’s Beverly Hills estate will be part of next month’s Music Icons auction.

The items feature Slash’s signature look including a black custom-made bowler hat, a signed top hat and his black leather motorcycle jacket with the printed image of Jimi Hendrix on the back.

The auction will feature some of their wedding items including Perla’s beaded and sequin top hat wedding veil and their wedding cake topper. There’s also a bronze and leather spanking bench.

The auction will take place online and at New York’s Hard Rock Cafe on May 17 and 18.

A portion of the proceeds will benefit the Youth Emerging Stronger charity. MKH