The case of Jang Ja-yeon, sponsorships and the #MeToo movement in South Korea | Lifestyle.INQ ❮ ❯ 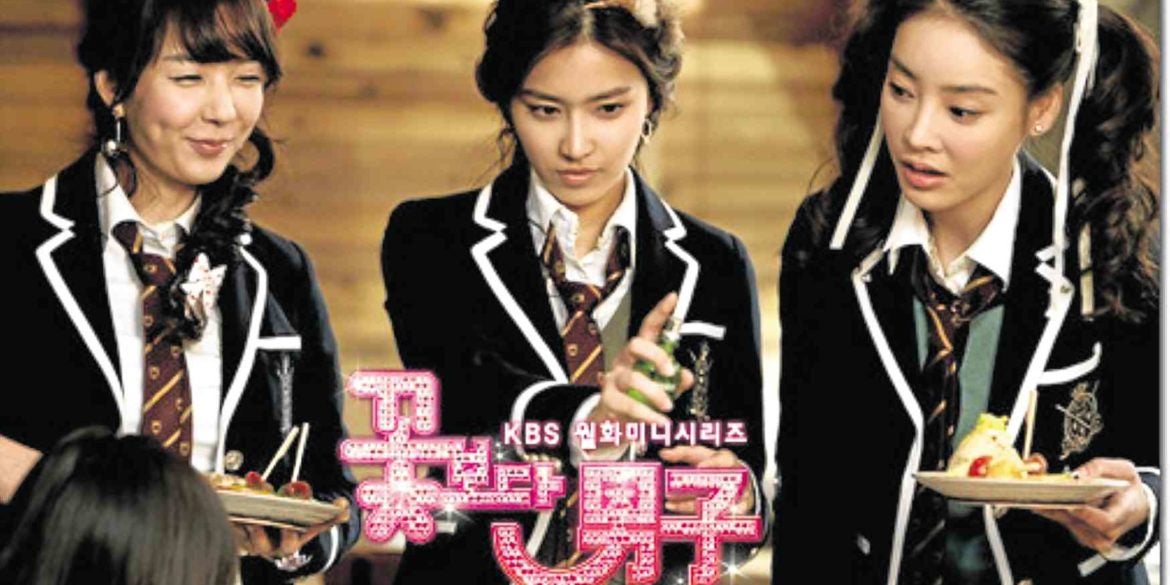 Jang Ja-yeon (right) is best remembered as one of themean girls in the K-drama “Boys Over Flowers.”

The case of Jang Ja-yeon, sponsorships and the #MeToo movement in South Korea

Ten years after her death, the case of late actress Jang Ja-yeon is under the spotlight once again. Recently, actress Yoon Ji-oh came out as a witness claiming to have seen the handwritten note Jang left before she committed suicide.

Yoon spoke up a little after the onslaught of the Burning Sun nightclub scandal involving former Big Bang’s Seungri and other high profile individuals who allegedly dabbled into sexual abuse, drug trade, and prostitution inside the establishment.

The late actress Jang Ja-yeon was found hanging in her home on the March 7, 2009, a death that shocked the South Korean nation. Many recall Jang as Sunny, one of the mean girls from the Korean drama “Boys Over Flowers.” As authorities probed deeper into her death, they discovered her suicide note wherein she accused her agent of forcing her to attend multiple drinking parties where she was forced to provide sexual favors for 31 different individuals who were either high-ranking media executives or journalists. Included here was the producer of “Boys Over Flowers.”

On October 2011, only two individuals were charged and arrested: her manager and her company’s CEO. Both were sentenced to twelve months in prison for extortion, while the other listed men were let off with no charges to their names. In 2014, the court had ruled that Jang was coerced by her management to entertain these men against her will.

Jang’s case where she was coerced into a sponsorship arrangement is not unheard of. Many failed actresses, rookie idols and famous celebrities are  forced to engage into sponsorships. The word “sponsorship”  means  prostitution.  It has become the norm in South Korea’s entertainment industry. Compared to a one-time transaction of prostitution, sponsorships bind the celebrity to their sponsors for a certain period of time. Within this time frame, they are required to sexually please their sponsor in exchange for a huge amount of money.

There are a lot of different reasons as to why celebrities engage in sponsorships. Some need another source of income to pay off their debts or to sustain their extravagant lifestyles, others need more exposure and opportunities in the industry.

This is the bad side of the South Korean entertainment industry often kept under wraps. Cutthroat competition and a male-dominated industry normalized these acts, all the more with their clientele being made up of individuals who can buy out police investigations.

Nonetheless, these celebrities are victims of a larger systemic problem that not only plagues the South Korean entertainment industry, but other societal institutions as well. This year, young women chose to speak up about their experiences of sexual harrassment in their schools through the #SchoolMeToo Movement, an offshoot of the #MeToo movement.

The #MeToo movement originally came from the United States but is now a global battle cry against sexual harassment and assault. This rose after the allegations of sexual misconduct of Harvey Weinstein, a powerful producer from Hollywood. The reach of the movement spread to multiple parts of the world, including South Korea.

In light of recent events, the movement is essential to inspire other victims from different institutions, such as the entertainment industry, to open up the discussion about sponsorships, prostitution, and exploitation behind the Hallyu wave.