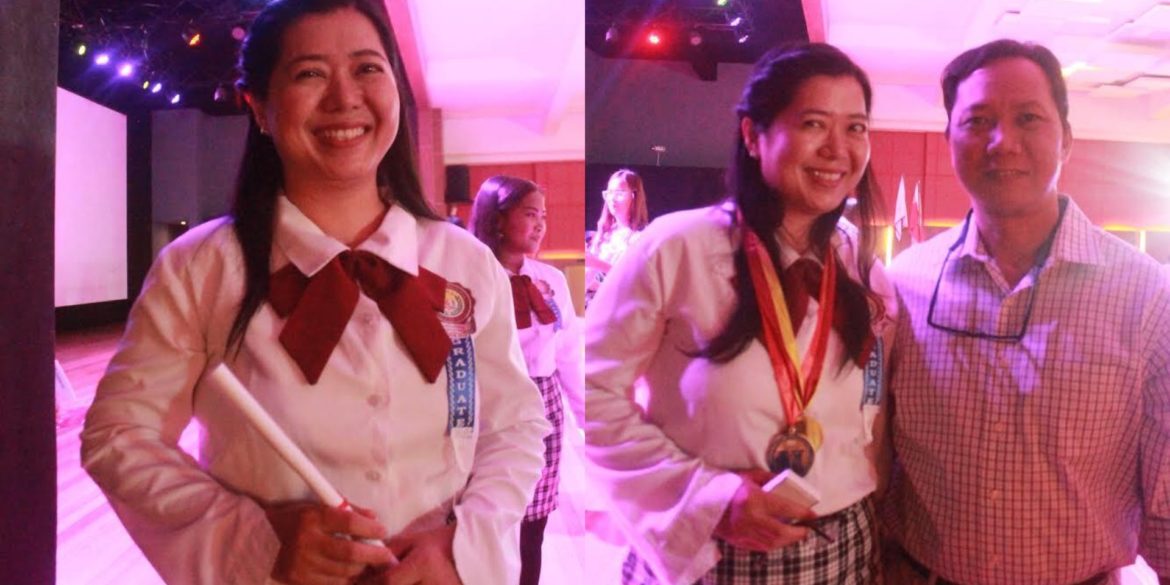 A 39-year-old mother from Santa Rosa City in Laguna province abides by the saying “age is just a number” as she graduated from senior high school last week with flying colors.

The mother of four children and a wife of an IT manager was also feted with the Pandayan Resiliency Award, and a recognition for being a member of the campus journalism organization which was commended as the school’s best-performing organization this academic year.

(I made so many mistakes in my youth, but from that I learned and persevered to fix my life, with the family I was raising.)

A self-confessed delinquent student — having finished her fourth year in junior high school after two attempts and for always skipping and cutting her classes during those years — Manguerra overcame her mistakes, took a leap of faith, and eventually turned into a role model for her younger classmates.

Manguerra also shared that having what she describes as a loving family was already a huge feat in itself, and weighs more than the medals she received from studying.

(Sometimes I think I want to regret, why did I just not study early on, perhaps I would already be one of the best professionals now in the field I have chosen. But I realize that maybe it really is not how it should be, because although I did not choose studies then, nothing can equal the blessing I have now, which is a happy family.)

With mind and heart all set, Manguerra is poised to enter Far Eastern University to take up Multimedia Arts with specialization in mobile technologies. JB