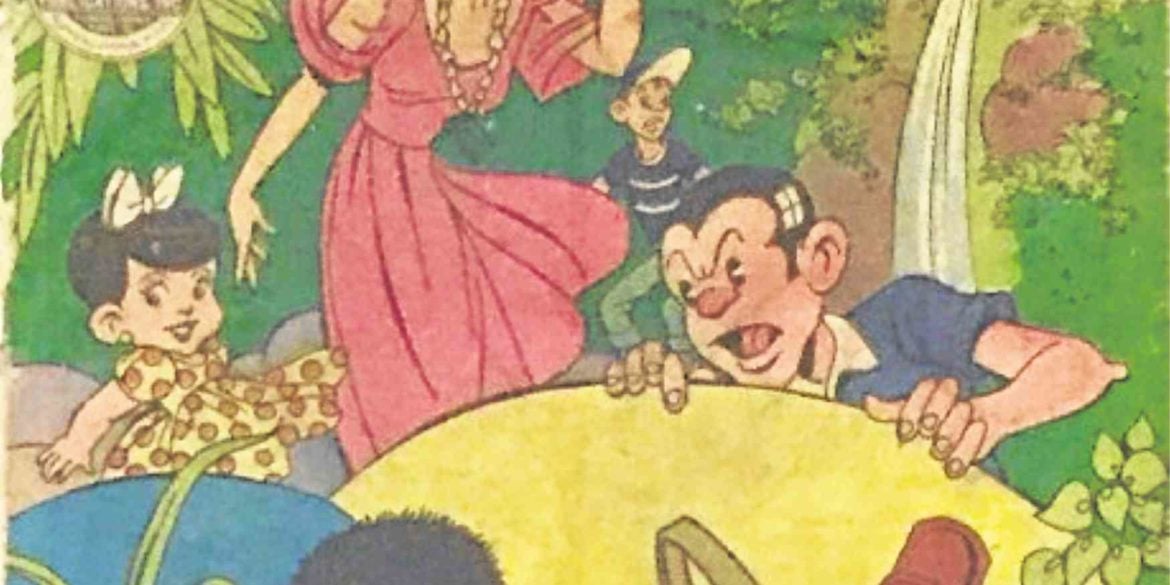 First published in Liwayway magazine in 1929, Kenkoy, the cartoon character which later became the general word for cartoons in the Philippines is marking its 90th anniversary this year.

“Kenkoy” was created by cartoonist Tony Velasquez, touted to be the “Father of Philippine Comics,” and first appeared in Jan. 11, 1929, a year before Walt Disney’s Mickey Mouse was launched and the same year as “The Adventures of Tintin” by Georges Remi.

“Kenkoy” appeared in most magazines during that period and its publication continued even during the Japanese occupation all the way to  1993.

Paying homage to Velasquez and his brother-cartoonist Damian and in celebration of Kenkoy’s 90th year, his grandnephew Ian “Damy” Velasquez

III mounted an exhibit recently at the Nicanor Reyes Hall of the Far Eastern University (FEU) showcasing 58 frames of selected original works of his grand uncle including the 1929 inaugural print.

Also featured in the two-week exhibit done in partnership with FEU Institute of Architecture and Fine Arts were reproductions of Velasquez’s protégé Mars Ravelo’s works such as “Varga” and “Darna.”

The works of master illustrators Nestor Redondo, Teny Henson, and Mar Santana as well as 1959 pocket-sized “Kenkoy” comics and advertising prints from the 1930s of the Velasquez Advertising Agency were likewise part of the rare event.

The younger Velasquez said his granduncle started the comics industry in the Philippines and together with his brother Damian or Damy, pioneered the comic magazine format in the 1940s with the publication of “Pilipino Komiks.”

Velasquez, who continues the legacy of his lolos as a writer for the revived Damy work “DI-13,” said the exhibit is relevant since it exposes students to the rich comics tradition in the Philippines.

He said Velasquez’s work signaled the growth of the comics industry in the Philippines, so that reading comics became a favorite pastime of Filipinos.

“A History of Komiks: Si Kenkoy at ang Sining ni Tony Velasquez” is on view at the FEU Nicanor Reyes building exhibit hall until April 12. —CONTRIBUTED