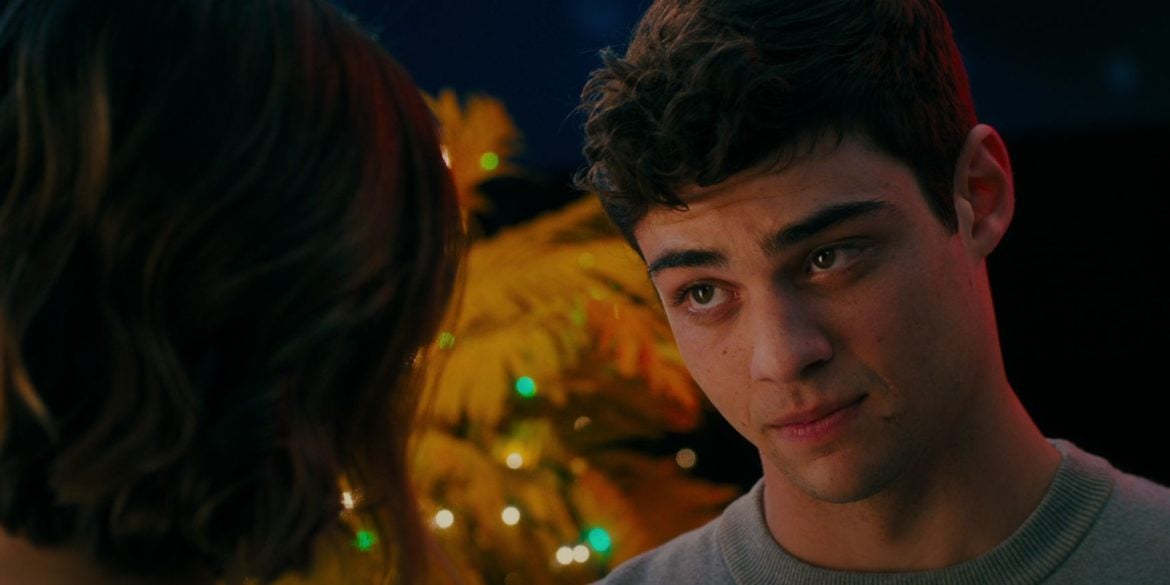 Noah Centineo is coming to Manila; his movie ‘The Perfect Date’ drops April 12

Centineo became an endorser for the Philippine clothing branch Bench in 2019. He said he didn’t know he was so big in the Philippines and he hasn’t seen the giant Bench billboards on EDSA. But he will soon.

“I’m actually going to be coming to the Philippines, I believe (I’ll be coming) to Manila at some point this year, which will be very fun,” he said.  “I can’t wait to see you guys.”

Becoming a clothing brand endorser was one of the many things Centineo found himself becoming in his breakout 2018. The 22-year-old actor had been playing small parts on various TV shows but it was his turn as the charming Peter Kavinsky opposite Lana Condor’s Lara Jean in “To All the Boys I’ve Loved Before” that made him a worldwide star—and the aforementioned Internet boyfriend.

In fact, Centineo played another boyfriend in another Netflix project, “Sierra Burgess is a Loser,” and is reprising his role as Peter in the “To All the Boys” sequel, currently in production and out in 2020.

But he exemplified his boyfriend reputation in his Netflix movie, “The Perfect Date,” which starts streaming on April 12. In that movie, he plays a hard-up high school student named Brooks Rattigan who wants desperately to earn enough money to pay for enrollment in Yale University. He develops an app called The Stand-in, which allows him to be hired as a date (no sex) for a night. He uses his smarts and charms to be whatever kind of date he is asked to be.

“The Perfect Date” is Centineo’s first leading role and it’s his first time to carry a movie. His charm and candor, very obvious on screen, are also obvious in real life.

But he later added: “The sex has got to be on fire, too.” He went on to explain: “It’s important! People are like, it’s not important, I mean, c’mon really, it’s important!”

“Let’s be honest. We have to connect on all these levels that make best friends best friends, but we’re a little more than best friends, too. We gotta want to rip each other’s clothes off, you know?”

Got that. Centineo is immensely busy now as he’s also in the “Charlie’s Angels” reboot and rumored to be attached to the “He-Man and the Masters of the Universe” reboot playing, of course, He-Man.

Perhaps it’s also interesting to note that the buzz about Centineo has led to people discovering a role he played before “To All the Boys.”

Right before all this craziness, Centineo appeared in the music video for the red-hot Camila Cabello song “Havana.” First appearing in silhouette at the 6:40 mark, Centineo is dapper-dressed, wears his hair slicked back and then shares a hot dance with Cabello against a classic car. The video was already heavily viewed but the now red-hot profile of Centineo had led to a stampede back to the video with comments like “Who is here for Noah Centineo?” The Video now has over 755 million views on YouTube.

“I think it’s a really great music video,” Centineo said. “Camila is exceptionally talented. Everyone working on it made the video feel like a short film. It doesn’t shock me that people want to watch it again and again. Much like a lot of Netflix, its content and the fact they’re going back to see it for me, it’s cool because it’s a completely different character. I look completely different.” He says he was playing the part as if he were a drug dealer—“a bad, bad guy, and this is his muse.”

“I think it’s tight though… On a personal level, hopefully it helps people look at me and maybe the roles I can play and expand my horizons a little bit.”