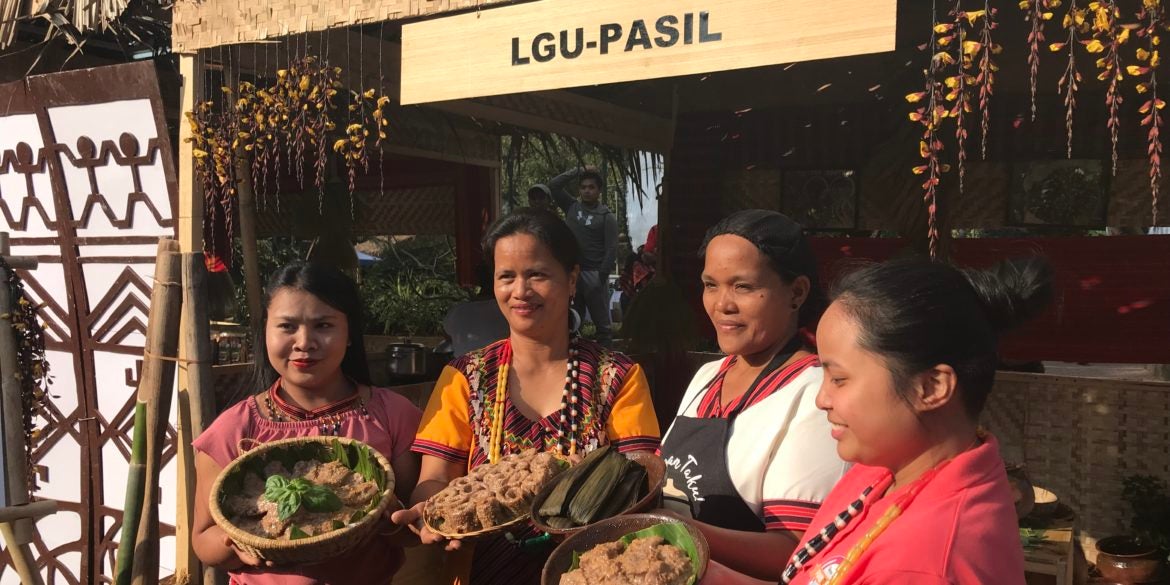 BAGUIO CITY, Philippines — The first ever Cordillera food fair dubbed as “Mangan Taku” aims to put Cordilleran cuisine into the spotlight and boost culinary tourism in the region.

As the food fair kicked off on Monday, April 8, at the Rose Garden at Burnham Park here, spectators were welcomed with a taste of Philippine highland delicacies.

Provinces of the Cordilleras set up booths to showcase their hearty meals, delicacies, and kakanin.

Meanwhile, the Saint Louis University dance troupe, the people of Pasil, Kalinga, and the University of Baguio cultural dance group performed for the audiences present during the event.

“Mangan Taku literally means let’s eat. But more than an invitation to partake on the food is a social call and a greeting,” DOT-Cordillera Administrative Region (CAR) Officer-in-Charge Jovita Ganongan said.

“This reminds us of our deep-rooted value of pakikipagkapwa tao (human relations) which has bound us for years as Cordillerans and Filipinos, in general,” she added.

The food fair, Ganongan said, is a way to “advance culinary tourism in the Cordilleras which has evolved as part of tourism and is now considered as a vital component of the tourism experience.”

She said the food fair boasts of the region’s “best heritage cuisine, heirloom recipes of the Cordillera, including food innovation that are inspired by tradition.”

Meanwhile, Chief Operating Officer (COO) of the TPB Marie Venus Tan said the time has come for the Cordilleran cuisine to be on the spotlight.

“Pampanga dishes, Visayan dishes, the Mindanao dishes have become so popular. What about the Cordilleran dishes? I think Cordilleran cuisine’s time has come. We, our culture and tradition, should be part of tourism,” she said.

Now that tourism has evolved, Tan the way people they want to experience a place has also changed.

“Tourism now is immersive. People want to experience everything. Tourism should be sensory — the feast of the eye, you feel it, you see it, and most importantly, you taste it. Food is the center of culture. We must give it a chance,” she said.

Tan pointed out that the Cordilleras is “not just about crafts and folk arts. The cuisine is also part of the creativity.” /ee