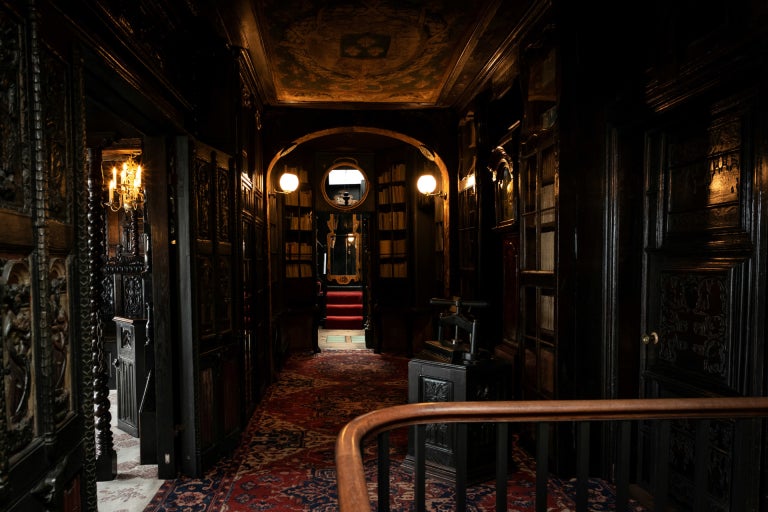 A corridor of the Hauteville House is pictured during a press visit on April 5, 2019 in Saint Peter Port, the capital of Guernsey island. - The Hauteville house was the residence of French writer Victor Hugo during his exile in Guernsey and also a work of art by its layout and decor, designed by Victor Hugo himself. (Photo by Lionel BONAVENTURE / AFP)

The mansion where French writer Victor Hugo penned “Les Misérables” while in exile from France has re-opened to the public, following a year-long €4.5 million (around P2.6 billion) renovation.

Located in Guernsey, an island in the English Channel off the coast of Normany, Hauteville House was furnished and decorated entirely by the writer, who spent three years arranging and filling the house with books, portraits and travel souvenirs. Spanning five floors and 1,200 square meters, the mansion would be home to the writer and his family for 15 years during his exile.

The French writer lived in exile for 19 years after being declared a traitor by Napoleon III.

For Hugo, architecture and design became a secondary passion and another creative outlet.

The ground floor houses the billiards room, which is lined with family portraits and opens onto the tapestry room. It also houses a workshop, vestibule and dining room.

On the second floor, Hugo and his family received guests in the lounges, which was decorated with Chinese curios, while the third floor houses the oak gallery and library.

And the fourth floor features large windows with sweeping views of the sea, a look-out point that allowed Hugo to gaze at the French coastline.

The mansion received an average of 22,000 visitors a year before closing for renovations and is open until September 30. CE/NVG