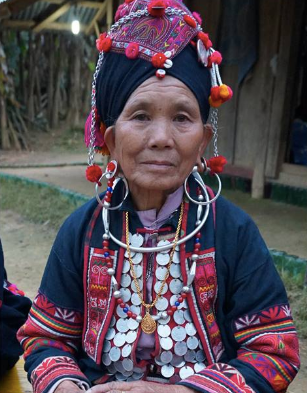 Italian fashion label Max Mara has been accused by the Traditional Arts and Ethnology Centre (TAEC) in Luang Prabang, Laos, of allegedly stealing the designs of an ethnic minority group.

The TAEC took to its official Facebook page on April 3 and shared photos of dresses, tops and skirts from a Max Mara store in Zagreb, Croatia, that bore designs allegedly belonging to the Oma ethnic group.

The Oma designs are traditionally used in the group’s headscarves, jackets and leg wraps, as per TAEC, but the fashion label allegedly used it in its collection with no mention of Oma in its online and physical stores.

“Particularly shocking is that the original embroidered pattern has been copied as a print, taken from its original form and essentially duplicated for the collection,” the center wrote. “Sadly, this practice is not uncommon in the commercial arena as designers claim ‘inspiration’ from traditional designs of ethnic groups around the world.”

Update: Thank you all for your comments and feedback on this issue. We have sent multiple messages to Max Mara and no…

Posted by Traditional Arts and Ethnology Centre on Tuesday, April 2, 2019

The center reached out to Max Mara, but as per its update via social media on April 9, the fashion label has not given a response.

“These designs are not ‘inspired by’ or ‘an interpretation of’ Oma motifs; they are copied,” TAEC said. “The colour, composition, and motifs are exact replicas, so besides being lazy and unoriginal design work, it’s also direct plagiarism.”

Well, we gave Max Mara a chance to respond and…nothing. Nothing about how they duplicated traditional handmade designs…

Posted by Traditional Arts and Ethnology Centre on Monday, April 8, 2019

The TAEC has called on to the brand to “do the right thing” and asked that it pull the clothing line from its stores.

TAEC also asked the brand to publicly commit not to plagiarize designs again and to donate all the proceeds from the garments to an organization that advocates the intellectual property rights of ethnic minorities.

The Oma are a largely agrarian community who live in the mountains of northern Laos, as per TAEC’s press release on April 10. While they are described as a sub-group of the Akha ethnic group, many of the Oma consider themselves as distinct from the Akha.

“Protecting the intellectual property rights of third world and indigenous peoples has become recognised as crucial, although how this should be done is much more debatable,” Tara Gujadhur, co-founder of TAEC, said in the release. “We are looking at ways to assist the communities we work with to tackle this issue.” /ra