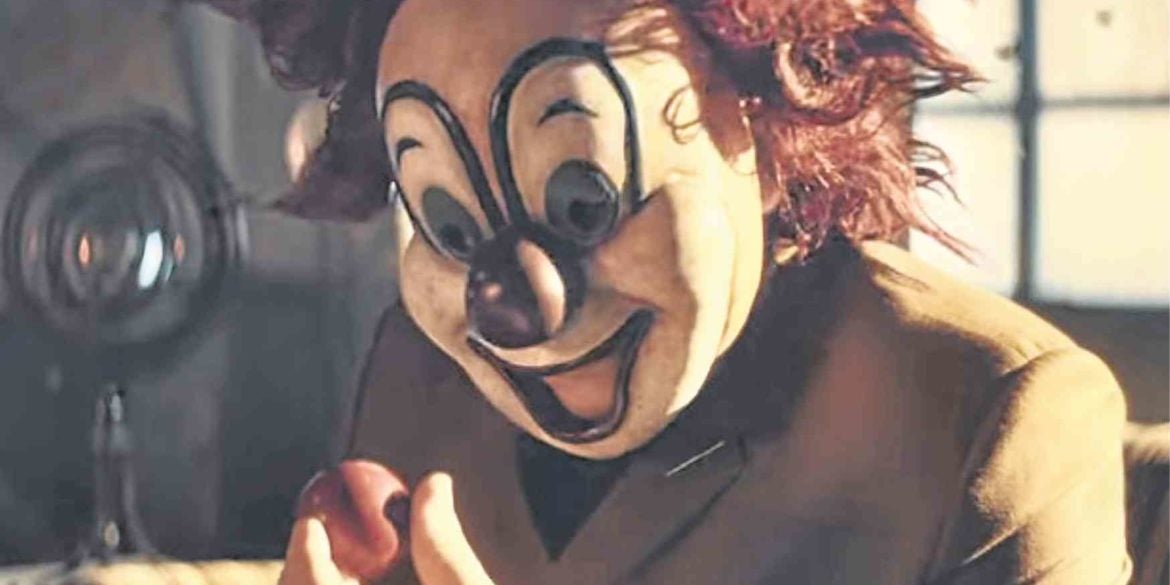 Listen to no ‘Love Song,’ catch the ‘Persona,’ worship a witchy ‘Moderation’

This one’s totally devoid of romance. Sekai no Owari wouldn’t live up to its reputation as a highly conceptual Japanese pop-rock band if it fed the masses literal, straightforward stuff. “Love” is instead addressed to the youth through reassurances, words of caution, or a mild reproach, such as a line roughly translated as: “The adults you call rotten were just like you before.” The lush, fanciful fusion—electronica, rock, Latin, even strains of chamber music—is built on heavy strings (including the lovely violin), frenetic key-pounding and a brilliant sprinkling of clockwork beats. Occasionally, lead vocal Fukase declares in auto-tune, “Nice people make the world boring.” Ditto for songs, and so how nice that this “Love Song” simply won’t play nice. —FK

Early 2019’s addicting dance-pop tribute to the art of flirting comes from American powerhouse DJ Steve Aoki, who melds his beats with the vocals (and visuals) of K-pop’s Monsta X. This collab is not just the first full English-language offering from the fierce South Korean EDM and hip-hop boy band. It’s also a refreshing display of the group’s other facets (or should we say assets?), like intoning a smooth, buoyant and youthful vibe that contrasts with the aggressive, hard-hitting sounds of their existing repertoire. The power verses by rappers I.M. and Joohoney are noticeably absent but, hey, the music video makes up for it with all seven guys in their trademark black garb for a hot dance interlude. Is this the start of world domination? Maybe, though it seems like Monsta X is really just playing it cool. —FK

BTS’ leader RM takes you on a nostalgic trip of self-growth in the pre-released intro track “Persona.” Catching fans off guard with a sample of 2014’s “Intro: Skool Luv Affair,” the track is an ode to Bangtan’s old-school hip-hop roots. “Persona” is a love letter to the self. RM’s undeniable lyrical genius shines through as he recounts the complexities of self-love. It’s a vulnerable yet powerful culmination of the rapper’s self-discovery, and an intriguing acknowledgment of his journey. The track is a compelling teaser of what to expect from the band’s highly anticipated album, “Map of the Soul: Persona,” which dropped just this week (April 12). —ICC

The record-breaking debut of JYP Entertainment’s newest girl group, ITZY, is an unusual mix of electronic bass lines and poppy choruses. “Dalla Dalla” combines different musical styles in one colorful, high-energy track. The monster rookie group’s first single takes you on a psychedelic trip of self-acceptance, with preppy rap verses and sudden dance breaks. The unconventional flow of verses, hinged on whiplash rhythm transitions, takes some getting used to. Despite the controversial genre mixing, “Dalla Dalla’s” entropy gives it an addicting edge that could cement its status as one of the most memorable K-pop music debuts of the year.  —ICC

Florence + the Machine transports listeners back to circa 2011 with “Moderation,” the band’s first release since its fourth studio album, “High as Hope,” dropped in June last year. “Moderation” sounds like a track straight out of “Ceremonials,” the band’s second album from 2011. Aggressive and rich in comparison to the more personal and stripped back “High as Hope,” “Moderation” takes you back to the height of Florence Welch’s witchy woman days. So take to the woods and light your ritual fires, because this hit’s anything but moderate. —ELW

“Voicemail for Jill,” the 14th track in Amanda Palmer’s latest album, “There Will Be No Intermission,” leaves no holds barred—in the usual Amanda Palmer fashion. It’s a song about abortion, after all. It was released Feb. 19 in anticipation of the album drop on March 8. An honest track from a brutally honest album, “Voicemail” sees Palmer trade her iconic rough, throaty style for a heartbreaking, piano-ballad tenderness, singing as if she’s on the verge of tears (as she does in almost every song on the album). —ELW

The piano version of Rina Sawayama’s “Cherry” (first released in September 2018) lays bare the British-Japanese artist’s powerful pipes in a soulful rendition of the gender-bending, noughties-nostalgia electropop hit. Known for her loud, highly stylized, techno sound, Sawayama stuns with breathy falsettos, and raw, unedited runs and vibratos. This stripped down “Cherry” delivers a different dimension of emotionality and longing that makes the song a powerful gay anthem in its own right. —ELW

“The Umbrella Academy” fan favorite Number Five (or, as he goes by on the daily, Aidan Gallagher) dropped his new single “Blue Neon” on March 22. The 15-year-old breakout star shows great promise as a musician with this smooth pop hit. Electronic beats run in dulcet streams with Gallagher’s skilled playing of the acoustic guitar and piano. His lyrics may bend toward the conventional but Gallagher demonstrates a flair for emotion that will have listeners craving for more. —ELW

» Super Playlist serves up the freshest tracks across all genres by artists from all corners of the globe, sounds that have actually made it

to the digital download, streaming and/or music video playlists of the staff members (who, like everyone else, differ in taste and preferences).

Why not just pop music when these are pages devoted to pop culture? That’s because pop isn’t just a product of any one type of anything, really. It can come from a teenage Kiwi who doesn’t give a fig that she’ll never be royal. Or a pair of French robots looping the lyric “around the world.” Or a quirky Korean gentleman who thinks he’s got the Gangnam style down pat.