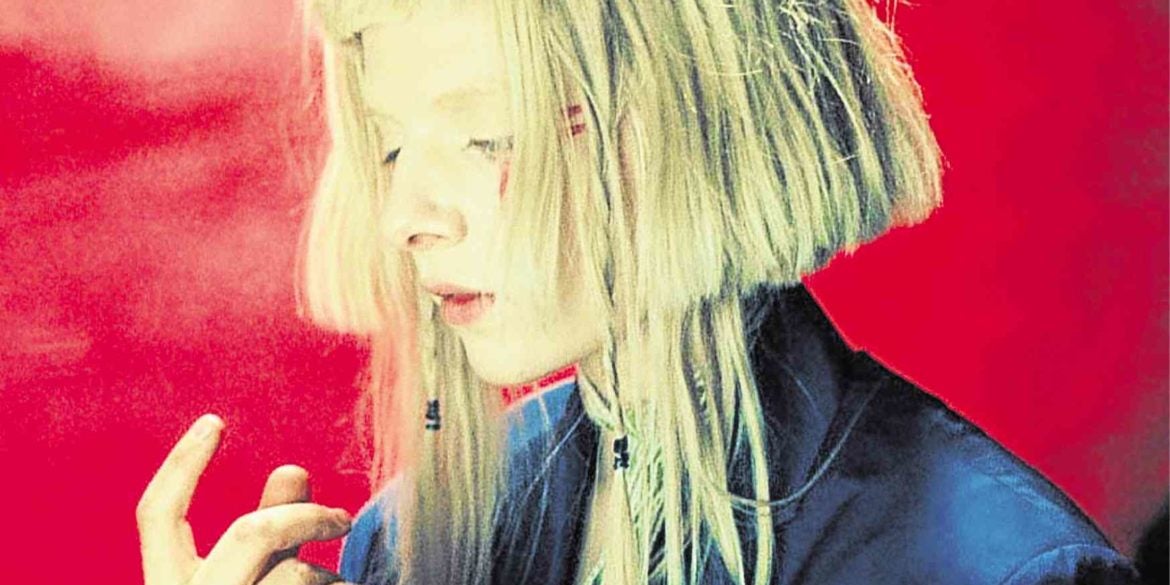 AURORA ups the ante with her latest single “The Seed,”

A new dawn for AURORA

Crumbling ice caps. Burning forests. Plumes of smoke choking the air. And interspersed through these little fragments of ruin flash the words “YOU CANNOT EAT MONEY” in livid red letters.

This kind of imagery permeates the teasers leading up to the release of Aurora Aksnes’ latest single, “The Seed,” which came out on April 4. Aksnes, known professionally as AURORA, delivers a fierce environmental call to arms.

“It’s time for us to really fight for her. This is a cry for Mother Earth,” she says of the song.

“The Seed” is indeed a battle cry. A veritable seismic phenomenon of dynamic thrumming beats, heart-rending hums and fervent ululations. AURORA blazes with furious energy and power, beauty and delicate grace in equal measure. As if an aurora itself had been distilled into human form.

The heavy rhythm floors you. It leaves tingles reverberating beneath your skin as the song crescendos into the ether before crashing back to earth, filling you with fire and restlessness. AURORA, after all, wrote the song to incite “the kind of rage that inspires you to do something with the power you have in you.”

This is AURORA’s second 2019 single after January saw the release of “Animal.” Both songs will be included in the highly anticipated sequel to “Infections of a Different Kind–Step 1,” released last September, “A Different Kind of Human–Step 2,” which debuts on June 7.

AURORA’s growth as an artist is palpable. The narrative of her career illustrates her progression—from the pure, fae child untouched by human vice, lust and greed, to, while not a fully human being, one who is wholly affected by all-too-human experiences—upon the release of “Infections.” More so by “Animal,” which aroused conflicted sentiments in her fanbase.

“I spend a lot of time thinking about humans. And I wanted to make a song wrapped in a blanket of obliviousness while speaking the wonderful and horrible truth that I see in us. . . It’s very interesting. It’s grotesque. It’s beautiful,” commented AURORA on the “Animal” music video on YouTube.

Woe there may be in some of the Norwegian artist’s fans, AURORA trundles on with an earthlier approach to her music. Furnished with the same stylistic elements as her debut album, “All My Demons Greeting Me as a Friend,” “Infections,” “Animal” and “The Seed” have incorporated more political and carnal imagery. “The Seed” itself is a categorical denouncement of an adamantly money-oriented society even in the face of environmental collapse.

Her new music invokes both a sense of familiarity and alienation—familiar for the inherent humanness of the themes and alien for AURORA’s deviation from her canon.

Her foray into political expression doesn’t have her straying too far from her nature-theme-saturated roots, however. “A Different Kind of Human”—if the track listing (which includes titles like “The River,” “Apple Tree” and “Mothership”) and “The Seed” are anything to go by—promises no mere run with the wolves or dancing in the rain.

If one thing’s for certain, it’s that AURORA’s artistic journey is shaping up to be nothing short of staggering.