‘My First First Love’ in the time of Instagram | Inquirer Lifestyle 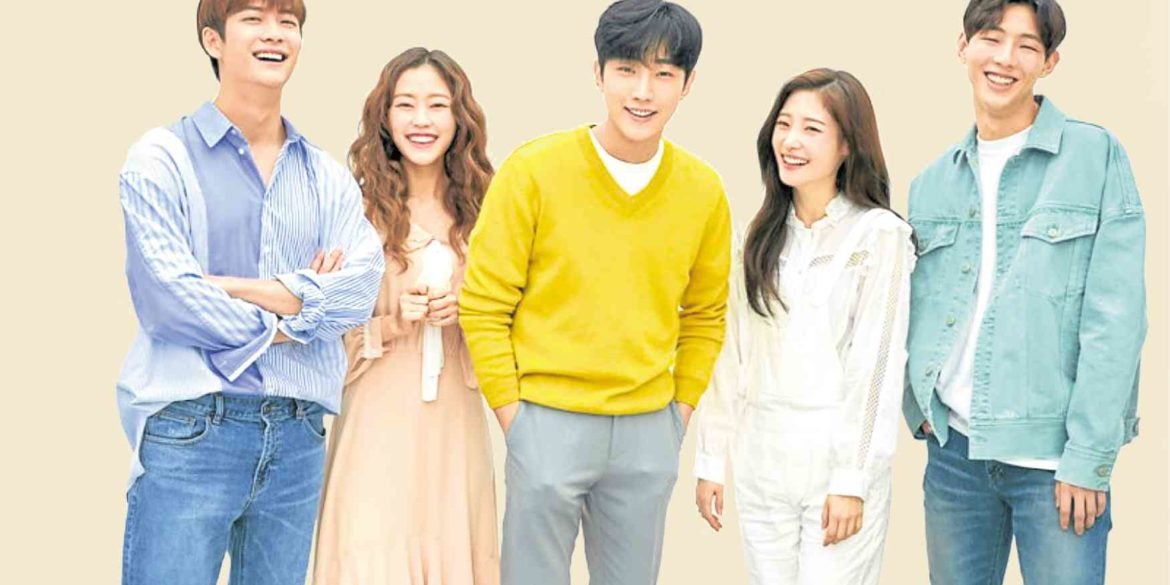 Love blooms in ‘My First Love.’

‘My First First Love’ in the time of Instagram

SEOUL—There are two South Korean celebrities that go by the screen name of just “Jisoo.” One is the visual from the girl group Blackpink. And the other is the lead actor of Netflix Original series “My First First Love”. Both have verified accounts on Instagram.

But apparently, it’s not just their fans who make the mistake of mixing them up.  Kang Tae-oh (@kto940620) who plays Hun in “My First First Love” is a victim of such confusion.

“Jisoo and I became friends (while shooting the drama). We started following each other on social media. One day, Jisoo came up to me and said, ‘Hey Tae-oh, I’m so disappointed in you.’  I asked him ‘why,’” Kang Tae-oh said. “‘I followed you, but you did not follow me back.’ So we checked my account and it turned out that I was following Blackpink’s Jisoo!  I was so sorry to him.”

The press who interviewed him and Choi Ri (@choicherry_) last week  gasped before laughing at his mistake. Needless to say, he has corrected himself since and now follows the correct Jisoo (@actor_jisoo).

He continued with his funny stories by sharing how he chose the pair of briefs he would wear in the first episode.

“I picked the underwear myself. I wanted to have a strong impact and I did not want to go for something plain. I wanted something that will go hand in and in line with my character and his family background. I chose between the 50,000 won note print and this gambling card. I went for the money,” he said.

Kang Tae-oh also shared how he gets confused sometimes on the set because he has the same name as the character of Jisoo. When the director shouted “Tae-oh,” he and Jisoo would both respond. He said that these minor confusions made the set more dynamic and fun.

“My First First Love” is a coming-of-age South Korean drama about five friends experiencing a lot of things in life for the first time. Tae-oh (Jisoo) moves into a house he inherited from his grandfather. He intends to live there on his own, but his friends appear at his house one day asking him to let them stay there as well.

Those friends include his childhood friend Song-i (Chaeyeon ), Hun (Kang Tae-oh) and Garin (Choi Ri). His college best friend Do-hyeon (Jinyoung) did not move in, but he constantly hung out in his house that it felt the same.

The drama is directed by Oh Jin-seok and created by Jung Hyung-jun. Writer Kim Ran developed the story for the Netflix version.

“Because it’s the First Time” (2015) is the web drama from which this is based on. SHINee’s Choi Min-ho originally played the character of Tae-oh. Min-ho’s Tae-oh was also more childish than that of Jisoo’s. And Min-ho’s character did not have the entire house to himself. Instead, he lived on his own at the rooftop of his family’s building.   Only the names of the characters from the first web drama remained the same. Everything else was updated to be fresh and new.

IOI and DIA member Chaeyeon (@j_chaeyeoni) said that the chemistry between the cast was very good. She said that it must have been because they were almost at the same age, thus they were at the same level mentally.

“In the last episode, you will see that we all go inside the same car. This is the moment when we would be going to Gangneung. It’s like a field trip. I was so happy during that scene because it was then that the cast was able to connect with each other the most,” Chaeyeon said.

Director Oh handpicked the idol to be the female lead because he wanted someone reachable.

The easygoing relationship between the cast was translated into their scenes. It was what made the friendship and romance in the drama believable.

The drama is mainly about friendship, but it has that complicated love triangle, too. Of Tae-oh being Song-i’s first love and Do-hyeon as her last. Jisoo describes his character as someone you would like to date and have high expectations of.

“My mother said to look not look at a man’s present but at his future,” Song-i said to Do-hyeon. The future appears bright with this hardworking young man who does not go on expensive dates but instead promises to be there for her whenever she needs him the most.

This is not the first time Jinyoung (@jinyoung0423) worked with Chaeyeon. The talented composer, singer and actor once wrote a song for IOI titled, “When Cherry Blossoms Fade.”  But when asked what songs would he write for her and her character, he has a ready answer.

“I know the range of Chaeyeon. So for her and her character Song-i, I would write a pretty song for her. For Jisoo, I would write a very masculine song. A heavy metal piece would be appropriate,” he said. As for his character Do-hyeon, he said he will create something nostalgic.

The first season of “My First First Love” is now streaming on Netflix. Director Oh said that they created the drama with a total of 16 episodes in mind.  Thus, we can expect a season 2 with eight more episodes. Thank goodness!