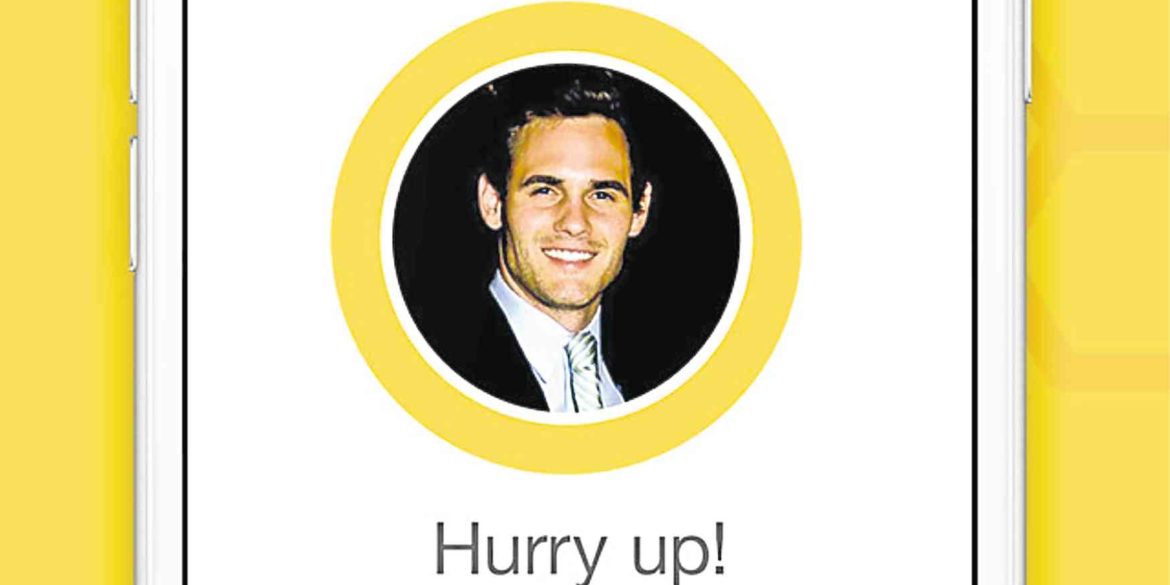 Women have 24 hours to send a first message to theirmatch.

On this dating app, women make the first move

We really want to encourage Filipino women to go after what they want,” said Michelle Battersby, Bumble’s associate marketing director for Asia Pacific. “On Bumble, women make the first move.”

Bumble was founded by Whitney Wolfe Herd in 2014 after her own experience with toxic masculinity. (She was cofounder and VP for marketing at Tinder and later sued the company and its co-founders for sexual harassment.)

Battersby said, “She saw an issue in society and she wanted to make a difference in the world. She wanted to create positive change. The ultimate goal at Bumble is to reverse-engineer traditional gender norms and put an end to misogyny.”

On Bumble, only women have the power to send the first message to a potential date, and they need to do it within a day of matching.

Battersby explained: “We implemented the 24-hour rule because we want to take away game-playing in the dating space. You have to make the first move and you have to do it in 24 hours, otherwise you potentially lose the love of your life.”

She said that feature brings a high quality of users to the app. “We attract men who respect the fact that women are going to make the first move and that’s something that we’re really proud of. They’re antimisogyny and modern and aware.”

Today, Bumble has over 50 million users worldwide; women have made the first move on their app over half a billion times. (And yes, this has led to Bumble marriages and Bumble babies.)

The app launched officially in the Philippines only recently, but people have been using it here for years.

“I was an OG Bumble user,” said Alex Suarez, Bumble country lead for the Philippines. “I was using it here in 2015. I have a boyfriend now but back then, it was the biggest lifesaver for me.”

“Safety and kindness are really at the core of what we do,” Battersby said. “We have a huge customer care team. If anyone doesn’t abide by our community guidelines, we will remove or block them from the platform. We don’t tolerate any hate speech.”

Bumble also introduced anticatfishing technology, something you don’t usually see on dating and social networking apps. “So you know that the person you’re talking to on Bumble is actually the one in the pictures,” Battersby said.

In 2016, Bumble introduced BFF, a mode that allows users to have platonic relationships. “Let’s all be real and acknowledge that it’s hard to make friends as you get older. BFF is the solution to that. It’s about meeting new people and going outside the circle you’re already a part of.”

Then, in 2017, Bumble launched Bizz, a mode for professional networking. People of all genders can use it to find mentors, mentees, investors, internships, jobs and more.

“It’s quality over quantity in terms of connections. And it goes back to knowing what you want and asking for it. I think that’s at the heart of everything we do,” said Suarez.

What started as a dating app has evolved into a social networking tool, where women make the first move in romance, finding friends and building professional connections.

Users can—and should— have different profiles for the three modes. Battersby had some tips to share: “On Bizz, you really want to showcase your work. If you’re an architect, show some of your designs. If you’re an event stylist, put some of your events styling up there. And definitely use a professional head shot.

“On Date, make sure that you’re using recent photos. Don’t use a photo of you and 10 of your friends and have the other person on the other side guessing which one you are. Show a picture of yourself doing something you like. Show people a bit about you because it helps the individual on the other side to break the ice.”

If you’re already in a relationship, you can just delete Date from your Bumble app and continue using BFF and/or Bizz. There’s a time stamp that shows when you delete it, which users can show to suspicious partners.

And if you ever feel like you need a digital detox, all you need to do is snooze your Bumble profile. “People on the other side will know you’re not being active right now, you’re taking time to focus on yourself,” said Battersby.

Bumble has a lot planned for its users in the Philippines. They will be holding immersive singles events and hosting Bizz seminars with key Filipino business leaders. “We are an online connections platform but we want people to meet in real life,” said Battersby. “Bumble is not just an app, it’s a movement.”

Bumble is on the App Store and Google Play.