From WWII soldiers to the Aquinos–shrines to Tarlac’s heroes | Lifestyle.INQ ❮ ❯ 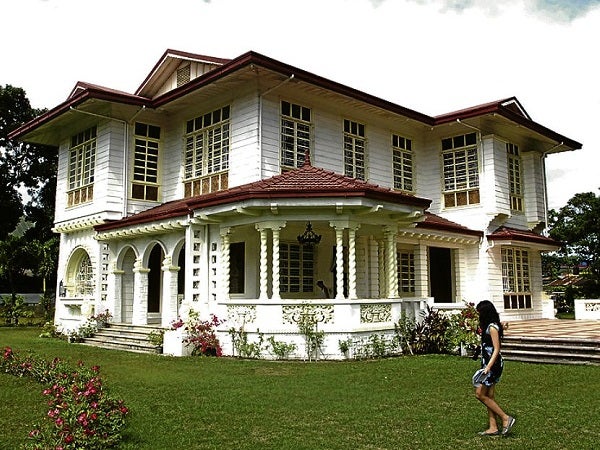 Most travelers pass through Tarlac province without a second look, save for the requisite pit stop at a roadside combo of lavatory, gas station and restaurants.

The sight of endless sugar and rice fields from the highway won’t exactly appeal to the average tourist. Yet from these same flatlands and plains emerge a cuisine, culture and history that beg to be discovered.

It is therefore not uncommon for Tarlac residents to speak multiple dialects, or for their kitchens to whip up dishes using cooking techniques from their Pangasinense, Pampango and Ilocano counterparts.

If anything, the smorgasbord makes Tarlac an ideal tourist destination.

Less than a three-hour drive or commute from Manila, it has become a single destination for samples of the region’s best, from food to eco- and faith tourism. For locals, the trip is a chance to be reintroduced to the culture and heritage of Central Luzon.

Historical sites have been developed into memorial parks, such as the 50-hectare Capas National Shrine (Barangay O’Donnell, Capas, Tarlac; tel. 045-9250154, 045-9250408, c/o Marissa Vidal). The shrine is dedicated to Filipinos, Americans and a handful of Czechs who were in the Death March, incarcerated or had died in the Capas Concentration Camp during World War II.

The green surroundings create the ambiance for leisurely strolls, exercise, or spending idle time in pocket gardens like Camp O’Donnell Memorial Monument. Created by American survivors who refer to their group as Battling Bastards of Bataan, the outdoor nook features a wall inscribed with the names of the fallen Americans and replica of the cross they had built as prisoners in the concentration camp.

An adjacent museum called Defender’s Hall consists of a modest collection of photos that document the Death March and life in prison camps.

Capas National Shrine has preserved one of the remnants of wartime atrocities—a boxcar that transported survivors of the Death March from San Fernando, Pampanga, to Capas.

Measuring six feet long, eight feet wide and six feet high, it had once been a freight car of the Manila Railroad Company before the war and could fit only 50-60 people. But Japanese soldiers forcibly squeezed in 150-160 using rifle butts and bayonets.

The captives, whose only source of ventilation was a slit on the door, suffocated in the virtual oven under the tropical heat. Many of them died in their upright positions, their bodies giving up on the constricted space which had been polluted with excrement, urine and vomit.

A 70-meter obelisk, built to offset the grim history of Capas, symbolizes peace among Filipinos, the Japanese and Americans. A checkerboard path dubbed Heroes Lane leads to the imposing structure, and on the perimeter stands a wall engraved with the names of Filipino heroes of WWII. The latter is not only a tribute but also a monument to promote the legacy and welfare of local war veterans.

In San Miguel town, another shrine honors two of Tarlac’s well-known heroes—Sen. Benigno “Ninoy” Aquino and his wife, former President Corazon “Cory” Aquino. They may have passed on, but their work and legacy have been kept alive in The Aquino Center and Aquino Museum (Luisita Industrial Park, San Miguel, Tarlac City; tel. 045-9851770; open daily 8 a.m.-5 p.m.), both repositories of the couple’s memorabilia.

All the magazine covers which featured Cory have been given ample lighting and wall space. Her vibrant floral art—painted on canvas and wooden serving trays—have prominent space as well.

Gifts from heads of state, visiting envoys and diplomats are neatly displayed in glass shelves. There’s crystal cut-glass from Belgian royalty. The Kennedy family gave a bust of John F. Kennedy. Former US President George Bush sent a porcelain egg created by Boehm, a premier American porcelain manufacturer. When he was chair of the Palestine Liberation Organization, Yasser Arafat had given a two-dimensional Nativity Scene of carved and pierced mother-of-pearl.

History seems to unfold in chronological order as you walk through the spaces devoted to the Edsa Revolution, the Marcos exile and Cory’s presidency. The museum tour culminates in the Ninoy “shrine,” an impressive arrangement of a circular wall with images of People Power; the glass-encased bloodied clothes and soiled boots the senator had worn on the day he was assassinated; and a replica of his detention cell in Fort Bonifacio.

Most people are familiar with Senator Aquino’s politics and his untimely death, but very few have an idea what his life was like in Concepcion, Tarlac, where he was born. A visit to the Aquino house offers a glimpse into his youth, his ancestors, their surroundings and living quarters, including Ninoy’s well-stocked library.

Within walking distance is the Tarlac Provincial Capitol (Barangay San Vicente, Tarlac City, Tarlac), the façade of which, like the face of the hometown hero, is depicted on the P500 bill and thus deserves a quick snapshot.

Completed in 1909, it had witnessed the Japanese occupation and had become one of the casualties of war. Aid from the US had helped rebuild and improve the heavily damaged structure in 1946.

Another historical site is Tarlac National High School in San Roque town, the oldest public high school in the country. It opened Sept. 1, 1902, under American supervision and with equipment imported from the US.