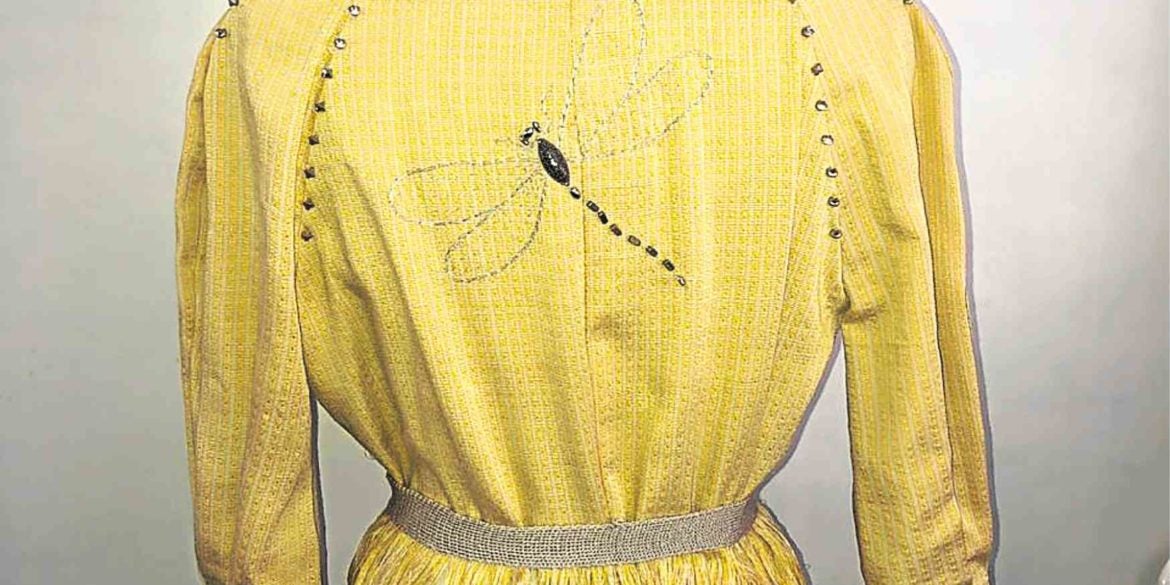 The intricate work of the weavers of the Mangyan tribes of Mindoro, passed down through generations, will debut in Manila for the first ever “Katutubo X Bench” trunk show, May 3, 4-8 p.m., at the Bench Tower, Bonifacio Global City, Taguig.

The trunk show will highlight, exclusively, the ramit fabric, a textile woven on a backstrap loom by the Mangyan community. Historians often refer to the Mangyan as the masters of traditional weaving, so the show is a rare opportunity for urbanites to witness the best of this art form.

Founded by Mons Romulo, the Katutubo PH trunk show tapped the talents of more than a dozen designers to give the centuries-old traditional fabric a fresh, modern look.

“We want to elevate the value of our weaving culture. The weaving culture is highly undervalued,” said Anya Lim, whose company, Anthill Fabric Gallery, provides the fabric to the designers. Anthill is on a mission to revive Filipino indigenous culture by supplying designers with traditional fabrics for the creation of wearable, stylish clothes.

Lim has long been interested in traditional fabrics and patterns. Her mom used to read her bedtime stories about the various tribes in the Philippines. She remembers getting excited on her first trip to Banawe and witnessing an Igorot tribe weaving.

Lim’s imagination was stirred by images of indigenous tribes, their lives, and their traditions. So imagine her dismay when she returned to the village as an adult, full of expectations from her childhood experience, only to find the community is now a ghost town, abandoned by the younger generation who have chosen to work in the cities.

In 2010, Lim established Anthill Fabric Gallery to preserve indigenous cultures by providing their communities with a sustainable livelihood.

“Like we always say: Wear your tribe with pride,” Lim said.

“Nobody was interested in them in the past,” Lim said. “I mean, why would anyone want to wear a placemat or table runner? And just how many placemats does a household really need? We want to provide a sustainable livelihood so that these traditions will continue to thrive.”

The ramit will feature the geometric pattern called minatahan, or the eyes of an ikad (caterpillar), said to protect the wearer from harmful spirits. The fabric is traditionally indigo-dyed and off-white, but for the show, designers were given the option to choose a color.

As a gesture of respect to the tribes, Lim had to secure their permission to modify traditional colors. The designers played with geometric patterns and made them contemporary and wearable.

Years ago, traditional fabrics found their way only in the works of high-end designers, Lim said.

The trunk show will make the weaves accessible. “If more people wear our weaves, we can provide a sustainable livelihood to our communities,” she said.

Among the designers is Anne Saguil of Amarie, known for reinventing the barong into wearable resortwear. She turned the barong into something more casual by using fabrics such as linen or cotton, and adding more colors.

“When you’re doing handwoven fabric, you have to showcase the fabric itself. You just modernize the look,” Saguil said.

Another featured designer is Ken Samudio, whose accessories have been worn by Drew Barrymore.

“I’ve always wanted to use local materials, but I don’t want it to look very novelty, like those in tourist gift shops. I wanted it to be young and modern and fashion forward,” Saguil said. She’ll showcase hair accessories with the woven fabric lined with aluminum wire.