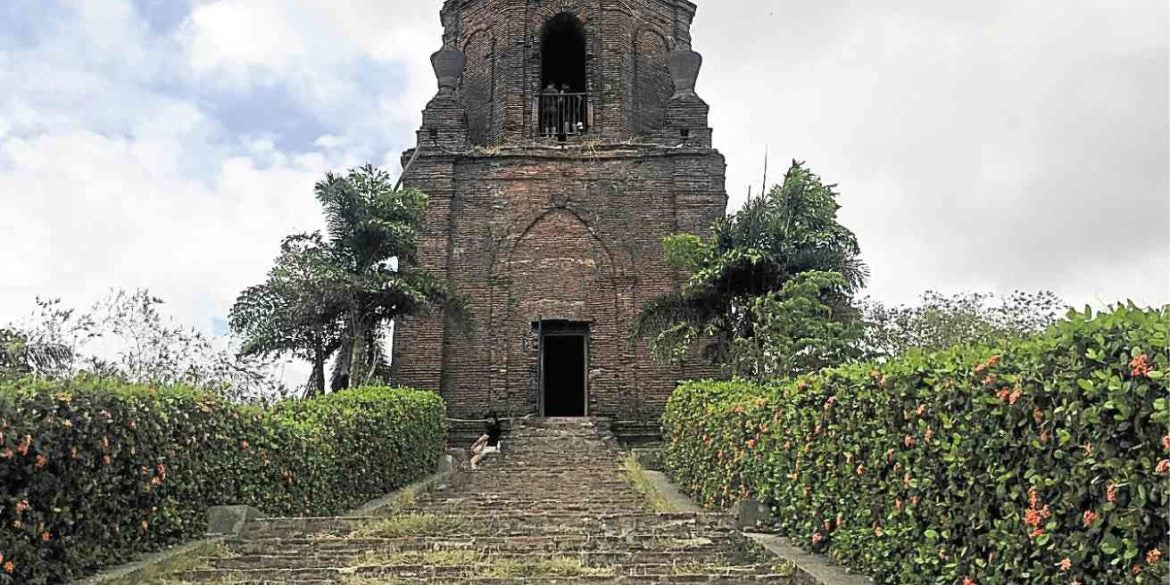 But there are more reasons that add to the enduring appeal of Ilocos Sur’s capital, declared as a Unesco World Heritage Site.

Perched on a hill is the Bantay Belfry, a commanding brick structure originally built in 1591 as a watchtower to guard against potential trouble.

It offers views as far as the mountains of Abra and the West Philippine Sea, and has become a favored spot for souvenir photos—especially on top, at the end of the climb on the wooden ladder, where a huge bell and an unobstructed, sweeping vista of Vigan await.

Right next to the tower is the St. Augustine Church. Built in 1590 and restored after World War II, the church basks in neo-Gothic splendor, compared to the baroque style of other churches in Ilocos. Inside is an image of Our Lady of Charity, to whom farmers pray for rain, and pilgrims for healing of various ailments.

As a tribute to Fr. Jose Burgos, who fought for ecclesiastical reforms during the Spanish colonial period, his two-story ancestral home has been turned into a museum. It contains ceramics, period furniture, weaving implements, old books and photographs, among other mementos.

It has a section dedicated to the ethnographic elements associated with basi or sugarcane wine, and Esteban Villanueva’s commissioned paintings depicting the Basi Revolt of 1807. The frames show images of locals being punished to discourage any further uprisings.

In the same complex is the Ilocos Sur Provincial Jail, which has been turned into a tribute museum for former President Elpidio Quirino. Also believed to be his birthplace, the place offers a walking exhibit of Quirino’s bedroom, office desk, shoes and barong. On display is a chest given to him as a gift by Generalissimo Chiang Kai-Shek during the 1950 Baguio Conference.

Malacañang of the North

On Quezon Avenue is a century-old mansion, the residence of Quirino as the sixth President of the Philippines, and his wife, Doña Alicia Syquia.

It illustrates how the rich lived in the past. The stone house, decked with capiz windows, has Filipino wooden furniture with European accents, and spacious rooms designed with reproductions of Juan Luna’s paintings by his understudy Pedro Respell.

The mansion, regarded as the first Malacañang of the North, has a cantilevered gallery where servants could go about unnoticed; bedrooms decked with four-poster beds, a status symbol back then; a private chapel where the family would pray “The Angelus” nightly; an enclosed courtyard for informal gatherings; and a tower to view ships coming into the Vigan port.

Another interesting feature are the peeping holes on the second-floor living rooms to let the homeowners see who the visitors are before deciding to let them in and which room to bring them to.

Part of the local government’s initiative to further boost tourism in Vigan is the Caniaw Heritage and Forest Park, where guests can engage in various interactive nature activities. Opened only recently, the eco-trail will have people busy as they traverse the aerial walk and low ropes, go down the mountain tubing, or glide via the zipline.

Those who want a more relaxed, leisurely time can camp out amid the lush surroundings.

A stone’s throw from Vigan’s main street, Calle Crisologo, is Hotel Luna. Among its longest-staying guests were world-famous artists Fernando Amorsolo, Ramon Orlina, and BenCab. Their works have been in the halls of the hotel since day one of its opening.

A walk through the hotel is akin to visiting a museum, as virtually every room houses a local piece of art. There’s an Abueva by the entrance, a BenCab just across the front desk, a hanging Daniel dela Cruz brass sculpture on top of the staircase, and a huge, contemporary painting by Jason Cortez that used his blood as paint, in the air-conditioned meeting room.

The over 200 artworks that decorate the halls and walls are from the massive private collection of the Singson family (some are on loan by the artists). They make for instant points of conversation and interest for the hotel, itself a heritage structure.

As for the best food and produce the town offers, the Vigan Public Market is one’s best bet. Apart from having multiple stalls selling longganisa and bagnet, there are other specialties on sale including chichacorn, flaky sea salt, fresh and dry miki noodles, Ilocos garlic, which is small and potent, seasonal items like espazote leaves for Chicken Pipian, and delicacies like the royal bibingka and bolero bread.

Vigan likewise boasts of having a microbrewery. Located in a house built in 1875 that is now a restaurant, Calle Brewery makes four variants of beer on tap, brewed at the courtyard: Salakot ni Diego blonde ale; Espada ni Lapu-lapu wheat ale; Bigote ni Antonio American-style IPA; and Canyon ni Panday American pale ale. They pair well with the restaurant’s menu of smoked meats, seafood with a variety of sauces, and bar chow like bagnet sisig. —CONTRIBUTED