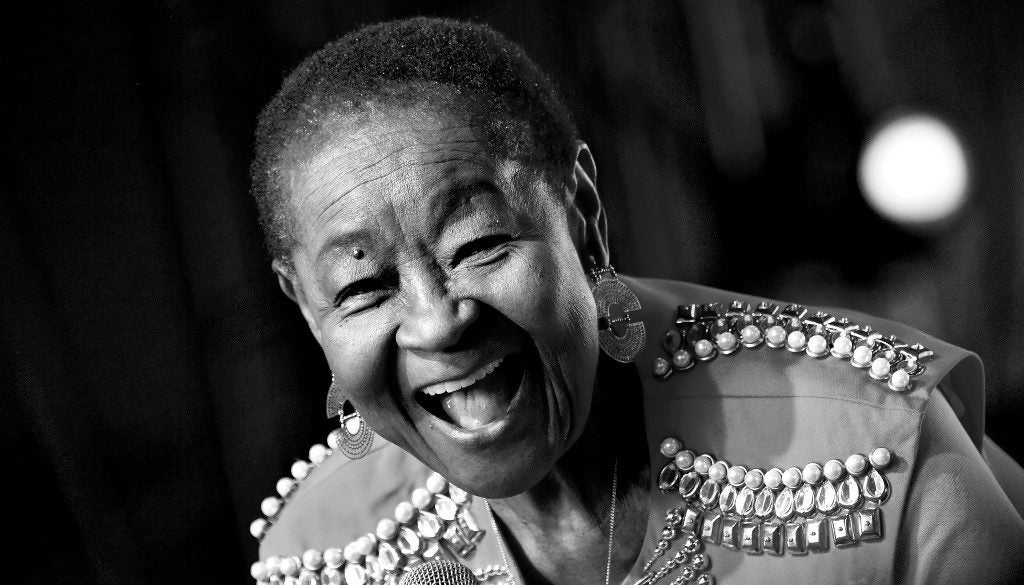 A feminist matriarch who seemingly breaks barriers as swiftly as she breaks into song, the Caribbean superstar Calypso Rose turns 79 this week but is still electrifying crowds worldwide.

The prolific performer, born Linda McArtha Monica Sandy-Lewis, has found smashing success in the more than 60 years since she penned her first song, winning over fans everywhere from her native Tobago to France, where she has won a coveted Victoire de la Musique award and the 2018 Grand Prize for World Music from the country’s Society of Authors, Composers and Music Publishers.

Late last year her album “Far From Home” went platinum in France, a particularly remarkable feat in the world music genre that can rarely match the sales of pop, rap or rock.

But Rose is no stranger to beating the odds: a two-time cancer survivor who also suffered rape in her early years, the performer has shattered gender norms and redefined the art of calypso, the once-male dominated Afro-Caribbean genre derived from 19th century West African slave chants.

Speaking to AFP days after she made history as the oldest performer to play Coachella — the trend-setting music festival in the California desert — the so-called “Queen of Calypso” recalled a medical incident that saw her lose four pints of blood as her lungs collapsed.

“I came back alive because the good lord brought me back alive, to do the work that he brought me on earth to do,” the vibrant septuagenarian said from her Los Angeles hotel room.

“To bring joy, happiness and peace to the people in my music throughout all the world.”

When she began composing as a teenager, Rose recalls that her father, a Baptist minister, told her: “Calypso belongs to the devil.”

But despite protests — one Trinidadian newspaper dubbed her the “queen of smut” — she refused to yield: “One day I stood up and I said, let me tell you something, I will not be a foolish virgin; to bury my talent in the soil.”

The performer, who now lives in New York’s Queens borough, regularly busts into rhythm to ad-lib mid-conversation and has composed more than 800 songs, some of which have literally changed the world.

And she is the first woman to win Trinidad’s prestigious calypso competition during the country’s famed Carnival, prompting the festival in 1978 to officially change the winner’s title from “Calypso King” to “Calypso Monarch.”

“I think I’m the first woman to be a king,” she laughs.

During her history-making Coachella performance, Rose had the multigenerational crowd jiving to her infectious brass-backed rhythms heavy on risque double entendres and unapologetic political commentary.

As she performed her hit “Young Boy,” which urges a widow to seek a younger lover, the singer, dressed in neon yellow, tripped and fell — but didn’t miss a beat, singing and swiveling her hips as her back-up performers hoisted her back up.

“Now I am the queen of Coachella,” she said defiantly at one point, suggesting she might snatch the title from pop royalty Beyonce, whose groundbreaking performance last year was last week released in documentary form.

Priding herself on “the type of songs that open the eyes,” the exuberant Rose says she will release yet another album this summer.

She said watching a clip of herself playing Coachella made plain that retirement is out of the question: “I’m lookin’ so young and still doin’ my thing,” the pioneer said unblushingly. “Retire? No. Never.”

Her secret to youth? Ginger, garlic, the seaside and performing itself.

“The energy that I sense from the multitude of audiences, all that energy comes back to me and makes me so powerful,” she said, before erupting into song and hamming it up with hip gyrations.