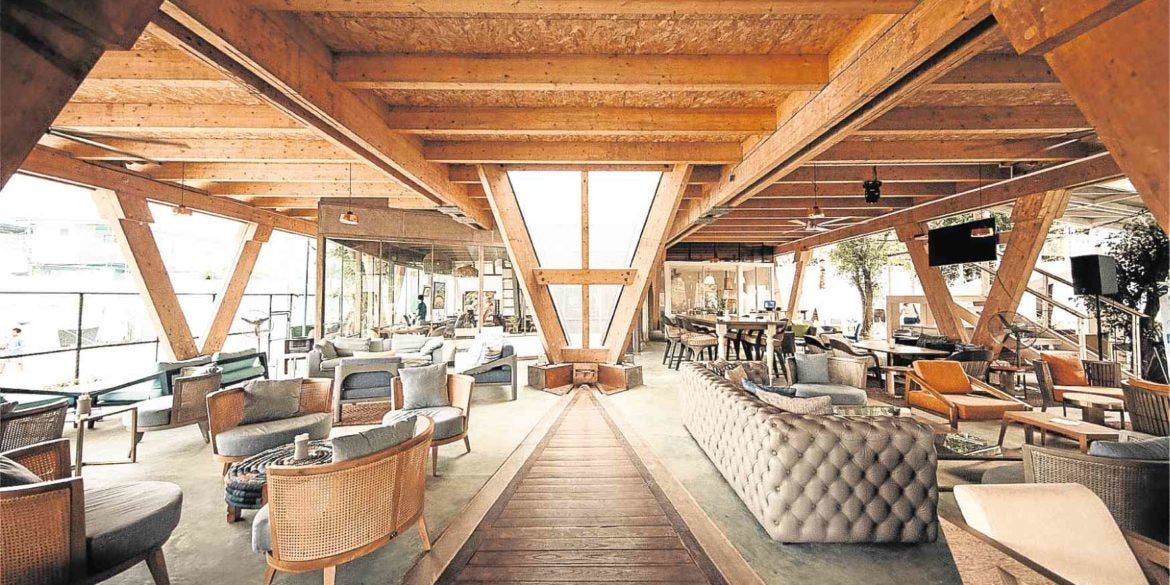 The funnel-shaped catchment, made of glulam, is the focal point of the lanai, Asmara’s main entertainment area.

Adaptive reuse can save historic buildings

But even with a Heritage Law in place, why are demolition permits still frequently handed out?

“Do you want to go to McDonald’s?” my mom suddenly asked as we were walking down Gran Via in Madrid one summer afternoon in 1988. I thought it was a rather odd question, since mom knew I wasn’t a fan of burgers.

We walked a few meters down and there it was, the unmistakable brand colors. And yet, something was different. If memory serves, it was the absence of the Golden Arches that I noticed.

Mom explained that Spain passed this law where historical buildings couldn’t be torn down in place of new construction, and that new tenants had to respect the façade and preserve the interiors.

I was all of 15, and was absolutely in awe at how stately this McDonald’s branch presented itself, with its fancy marble floors and brass bannisters and a gorgeous red carpet somewhere. I was so fascinated, I actually enjoyed my sandwich.

That was my introduction to the concept of conservation and adaptive reuse, possibly even before the term was coined. Decades on, the Philippines is catching on, though with a plethora of challenges.

“Important Cultural Property,” such as buildings designed by a National Artist, like the Angela Apartments, are being reduced to shameful masses of ruin and rubble.

“It’s unbelievable, isn’t it, this unceasing massacre of our patrimony? There is a tragicomic aspect to it, farcical if not so calamitous,” says architect Dominic Galicia, former president of the International Council on Monuments and Sites (Icomos) Philippines.

“Fernando Ocampo’s Angela Apartments building, built in 1936,” Galicia continues, “was rendered unstable by the needless demolition of Ocampo’s 1939 Admiral Apartments building next door. To prevent this from happening again, I believe that decisions regarding demolitions should not be made by just one agency and should be the result of the most expert deliberations.”

Others are lined up for demolition, and it’s a shame that these permits seem to be easily handed out, even with a Heritage Law in place to protect and preserve our built heritage.

“The practice of conservation and preservation in the Philippines is still in its infancy, and local government offices are not cooperative with cultural agencies with regards to conservation,” explains architect Jayson Portem, vice head of the National Committee on Monuments and Sites (National Commission for Culture and the Arts) and architectural heritage conservationist.

Another expert insider agrees that “legislation is particularly weak at the local level, and that the Heritage Law needs to be operationalized as there are no clear protocols.”

But conservationists in Manila and all over the country forge on, regardless, as seen in Vigan, Bohol, Iloilo, Batangas, for example. “The main challenge we face now is the serious need for critical thinking when it comes to conservation,” says Galicia. “Adaptive reuse should really be one of the anchor ideas of the law, and should be abundantly encouraged by the law.”

As the restoration architect of the National Museum of Natural History, Galicia delivers on this conviction, turning the original Department of Agriculture of the 1930s into a masterwork of such grand and functional design.

Though a multitude of our cultural gems have been buried, travel and social media have been instrumental in increasing awareness and appreciation of the value of our built heritage.

With continued public vigilance and patronage, coupled with a strongly synergized partnership between the national agencies and local governments, the others can still get a new lease on life. —CONTRIBUTED