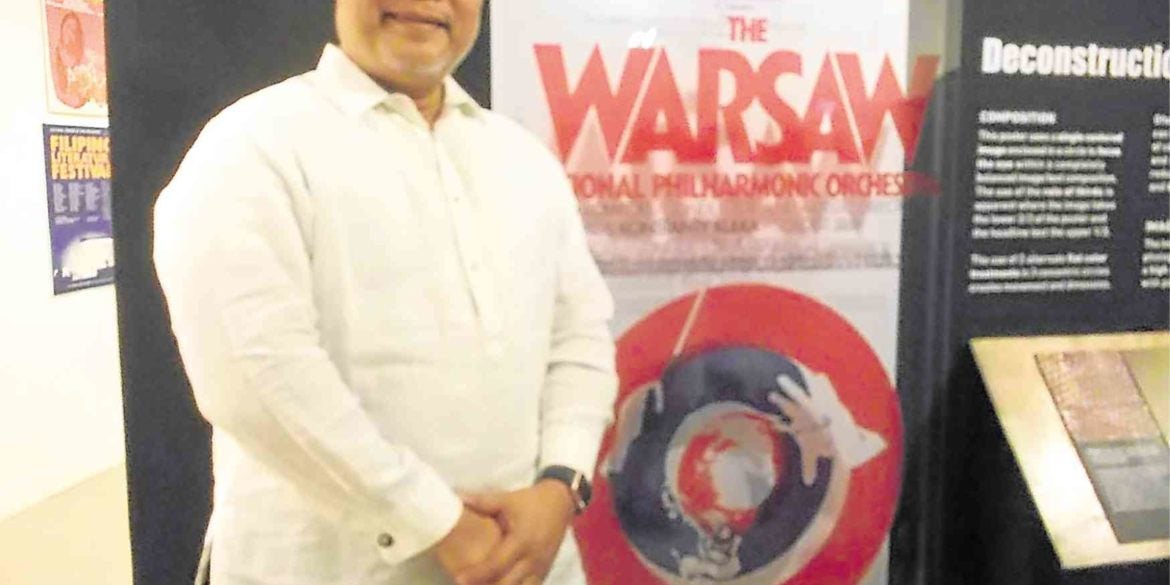 Down memory lane with CCP posters

The poster comes into its own as legitimate graphic art in the exhibit, “Poster-ity:50 Years of Art and Culture” at the Cultural Center of the Philippines (CCP), ongoing until May 26. Displayed are over 200 posters of performances, exhibitions and other events from 1969, when the
CCP was inaugurated, to the present.

The show kicks off the celebrations of the 50th anniversary of the CCP. The posters may be viewed at the Bulwagang Juan Luna (main gallery), Pasilyo Guillermo Tolentino (third floor hallway gallery), library and archives, and “buffeteria.”

In the recent launch of the exhibit, which included a walk through for media by gallery curators, CCP vice president and artistic director Chris B. Millado said: “It’s the first time we can tell the story behind these static images, first time to ask questions to those behind the scenes. Our collaborators have important stories to tell, along with the problems they have encountered.”

“The exhibit should be viewed within the context of Philippine history in the last 50 years,” said curator Ringo Bunoan. “It was challenging to take the posters out. Some were torn, stuck together, lukot-lukot, like that.”

As you enter the main gallery, you are pleasantly surprised to see images of the activist years, the First Quarter Storm, militant demonstrators with placards assailing the CCP (a project of the then first lady Imelda Marcos) as it opened in 1969. “Not many were there right at the opening,” Bunoan said. “It’s important to show what was going on outside, one should not erase it. This is part of CCP history.”

As you walk through the exhibit, you see posters from the 1970s up, on Van Cliburn, Dionne Warwick, Ishmael Bernal, Victorio C. Edades and the Thirteen Moderns, Cecile Buencamino Licad, Ernestina Crisologo, Carmencita Lozada, “Panahon ng Hapon” (Japanese times), Vienna Boys Choir, Bolshoi Ballet, a fashion show “From the Traje de Mestiza to the Terno,” and even “a tribute to Picasso, an exhibit of 58 original graphic works.”
You might say it was a trip down memory lane.

“The posters are amazing, well designed,” enthused Millado. “We plan to bring the show throughout the Philippines as
a mobile traveling exhibit.” —CONTRIBUTED