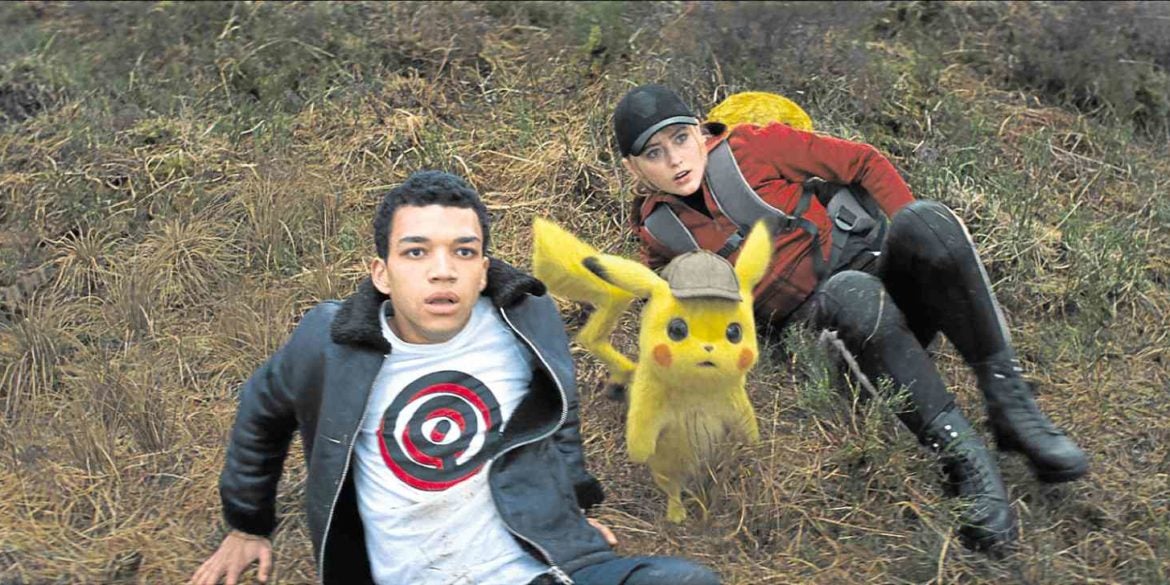 While the phenomenon that is Pokémon has had a number of animated feature films, the massive resurgence in popularity that Pokémon Go kicked off made studios scramble to get a live-action version going, and this summer we finally get “Pokémon: Detective Pikachu,” based on the 2016 Nintendo 3DS game.

In it, a young accountant named Tim Goodman (played by “Jurassic World: Fallen Kingdom’s” Justice Smith) learns of his detective father’s death in the big city. Though estranged from his father since he was a child, he goes to Ryme City to sort out the deceased’s affairs, where he meets his dad’s colleague (a wasted Ken Watanabe) and, more importantly, his dad’s pokémon/partner, Pikachu, voiced by Ryan Reynolds. Pikachu was also presumed dead in the same incident that claimed his dad’s life, but now he has amnesia, and for some reason, they can understand one another perfectly, and so the mystery of what really transpired sets the movie’s plot engine going.

In this city, humans and pokémon alike live in harmony, and many of them are paired with one another. This makes Tim an anomaly, since he has no pokémon of his own, until he grudgingly teams up with Pikachu. Also, I can sympathize if everything you just read sounds bizarre, because it is! And yet, somehow, this movie works. Though I know of the Pokémon franchise, I’d never played a game or watched an episode and yet these facts did not prove to be a barrier to entry; I was able to follow along and enjoy myself. I’m sure hardcore fans will have a lot more to glean from visual in-jokes and can maybe suss out a twist or two before it happens, but if you know nothing of this world you’ll be fine. The writers, which include director Rob Letterman, have crafted a story that allows the audience to experience events at the same time Tim does, making it easier to identify with every new discovery, every adorable encounter.

Letterman is an animation vet, having helmed and written “Shark Tale” and “Monsters VS Aliens,” and that experience comes in handy in this blending of humans and CG creations. His last film was “Goosebumps,” which was better than most expected it to be, and his facility with chase sequences and goofy action comes into play here as well, as the story takes us to fighting arenas, secret laboratories, a glum bar to meet informants, and a bright daytime parade. The plot itself is like A Child’s Introduction to Mystery; it’s not going to blow minds but it doesn’t embarrass itself. The feel of the movie calls to mind the first two “Teenage Mutant Ninja Turtles” movies from the early ’90s; it’s even got an April O’Neil/Lois Lane-type in Kathryn Newton’s Lucy, an intrepid junior reporter.

There’s other influences readily apparent: “Blade Runner,” “Zootopia,” “Who Framed Roger Rabbit?,” there’s a sequence that feels like a Godzilla homage, even a third-act setpiece straight out of Tim Burton’s 1989 “Batman.” Somehow, it manages to work. The filmmakers lean into the cognitive dissonance with an admirable commitment and charm to spare via the cuddly Pikachu. There is a confidence in Reynolds’ familiar joke-a-minute patter because most of the jokes land, and even when things go entertainingly bananas at the climax, they keep from jumping the shark, as it were.