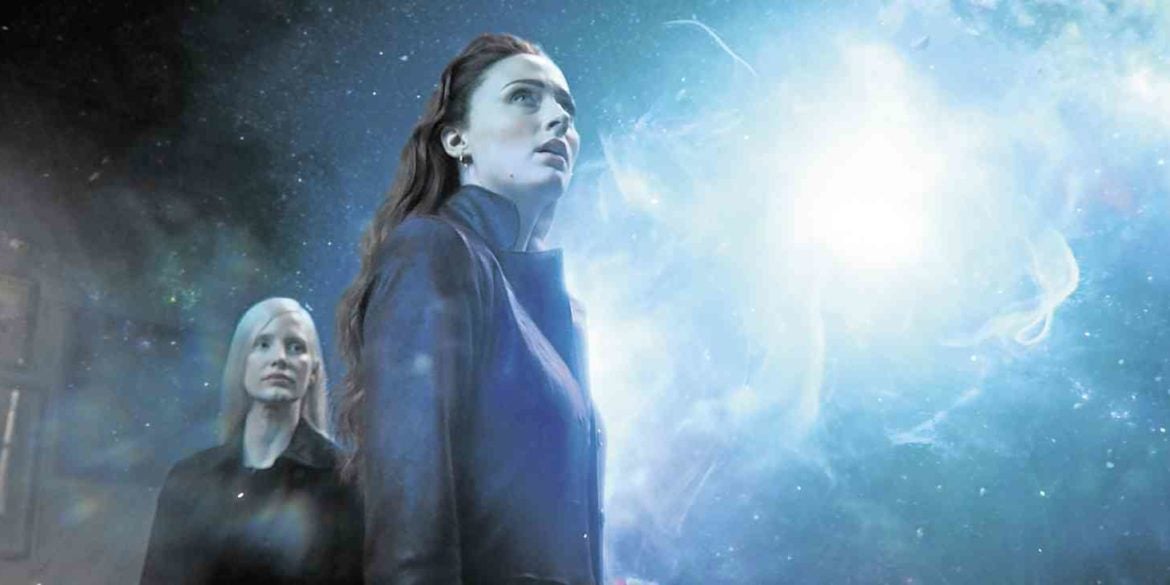 In “Dark Phoenix,” the X-Men face one of their gravest and most personal challenges to date. It’s the 1990s, and even as the team attempts to embrace a newfound heroic status and acceptance within society, their close bond is about to be shattered when Jean Grey (Sophie Turner) merges with a strange, extraterrestrial force, one that boosts her already strong abilities to previously unknown levels. Years of repression are torn asunder as Jean begins to find herself and master her new powers, even as those around her start to wonder if she’ll be a threat to the world, and a mysterious alien with an agenda (Jessica Chastain) exerts an influence.

Best known for her role as Sansa Stark on the hit TV series “Game of Thrones,” Sophie first joined the X-Men cast for 2016’s “X-Men: Apocalypse.” In “Dark Phoenix,” she’ll truly come into her own as Jean Grey’s powers explode to the point of danger. Sophie talks about digging into the psychological side of her character, working with Jessica Chastain, and how she hates having to keep secrets about all her work.

Did you have any inkling that this level of character change and evolution was coming? Had Simon [Kinberg] dropped any idea that there might be a Dark Phoenix in your future? 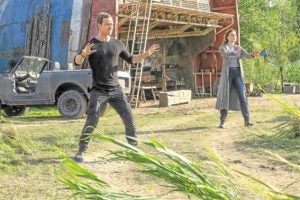 No, not really. When I went into “Apocalypse,” I just thought it was going to be an ensemble piece the whole way through. It was only once we started wrapping up that film that I heard whispers from the hair and makeup people who’d heard the next one’s about Jean. But I didn’t really know until about six months before we started shooting and Simon sat me down and discussed what this was going to be. From that meeting, up until we started shooting, we were just working, working, working on it. It was very exciting.

This is an incredibly dramatic role to play, and a great one. Were you nervous about taking on this much in just your second go-around playing Jean?

Yeah. I was quite nervous. I mean, in “Apocalypse” I didn’t really have a crazy amount to work with. I had a little bit of the character. And so, I wasn’t prepared when Simon told me. But I read the script and it was a delicious five-course meal for an actor. I thought, ‘oh my God, this is incredible.’ It just meant a lot of preparation, and a lot of hard work, but Simon was the perfect partner in crime to go along with that. He was the most collaborative, supportive director ever. And it was his first time directing, so we were both cheering each other on from the sidelines, which was very cool.

And he chose a huge movie to make as his first film, didn’t he?

It’s so natural to him. He completely belongs in the directing world. Obviously, his writing and producing past has really helped him know how to work around actors and how to work around the crew. He’s a genuinely interested, passionate, enthusiastic director. And a very smart one. We’ve spoken about it many times, but I said, “Simon, you have to direct for the rest of your life. You’re incredible.”

It might be the first superhero film—and maybe even the first of any film—in a long time where the antagonist and from a certain point of view, the protagonist, are both women. Does it feel that way to you?

Yeah, absolutely. All the female characters in this movie are the strongest characters. We have a female protagonist, a female antagonist, all while the female protagonist is also somewhat of an antagonist. And it’s all about her relationships, Jean’s relationship with the females throughout this movie, which is really very interesting. None of the women in this movie are subservient to a man, which is incredible. It’s crazy to think that this is kind of the first X-Men movie led by women. That’s really exciting to me and especially to Jessica. And it comes at exactly the right time as well.

How was it getting the gang back together this time? It seems the cast do have fun when you’re all together.

When Alex [Shipp], Tye [Sheridan], Kodi [Smit-McPhee] and I came in on “Apocalypse,” I think they were all kind of worn out. Then we came back for this one and we were like, “let’s do this!” It’s like a really fun cast. We’re all such good friends and we spend every evening together. It’s just such a family, down to the producers, the director… everyone is just so in love with each other.

How were the costumes this time? You get to wear the ’90s yellow outfits, so did you all walk out and just start laughing at each other?

Kind of! It was also cool though because it’s the iconic comic book costumes, so it was fun to see all of us together in those costumes because so often the comic books are so far from what the movies are.

Another big part of it is the effects work you must do. Is it fun?

It is, though it can be quite embarrassing. There are moments I feel like such an idiot doing it. I mean, a lot of the time there were moments where I was holding a tennis ball. For minutes. But it’s also quite challenging and fun because you really need to push your imagination with it. There’s a bit that you see in the trailer where there’s a helicopter and I’m turning it. And that wasn’t greenscreen. I got to do that, and the helicopter really crashed down on the ground. And that was like the coolest thing! That was when I really felt like a superhero. But the rest of the time I just feel like an idiot. (laughs)

Was it rewarding working with Jessica?

Jessica is like a mentor to me. I was a huge fan of hers before we met, so I was terrified to meet her. I kept hiding when Simon would say, “come meet Jessica.” She’s been so influential to me. I still can’t believe I got to have one-on-one scenes with Jessica Chastain! That is the coolest thing as an actress—to have someone like that doing one-on-one scenes. Female empowerment. It was amazing. We had a really good time… little pranksters on set. Jessica’s a lot of fun.

Was it enjoyable to embrace Jean’s dark side, or was it emotionally and physically draining when you have to be so intense about it?

It started out to be quite draining, but when I started to approach the character a little differently, I realized that this kind of dark side of Jean is a release for her. She almost goes into a meditative state; it just feels so good. And that switched it around, where the dark side was the calmest part of all of it for me because it needed to come out of Jean. The hardest part was just playing Jean herself and not Phoenix.

Is it also fun to for you to sort of start the kickass version of your character? Even if it could destroy everyone.

It was very fun. But I guess I’m just attracted to kickass female characters. It’s nice to play empowering women. That’s all I currently look for in scripts—strong, powerful women. But I think that’s what every female actress is looking for in scripts right now.

And what effect does Jean’s metamorphosis have on the rest of the team?

It’s like a family breaking down. Someone might compare what Jean is going through to battling mental illness or addiction. And her family must deal with that. Jean’s and Scott’s relationship must survive it.

Did Simon have you do any sort of Dark Phoenix research for this one? Did he give you comics to look at?

There wasn’t any Dark Phoenix research, it was more on Jean’s psychology. We based a lot of her emotions on mental illness and addiction, and specifically schizophrenia and dissociative identity disorder, so we did a lot of research on that leading up to it. About six months’ worth of packets that Simon would send me, and then I’d send documentaries back… I became fascinated by mental health. It’s been good, though; what really grounds this movie is that it’s character-driven and emotional and it’s not always fantastical like the other superhero movies.

In your other main job working on “Game of Thrones,” you’ve had to deal for years and years with people wanting to know things and having to keep secrets. And with “Dark Phoenix,” you’ve got more secrets to keep. Are you looking forward to the day where you’ll be in a movie where you just say, “I don’t mind what I say about it. It’s fine; I can say whatever I like?”

I can’t wait! Honestly, it’s been like a lifetime of having to keep secrets and I’m not a good secret keeper.