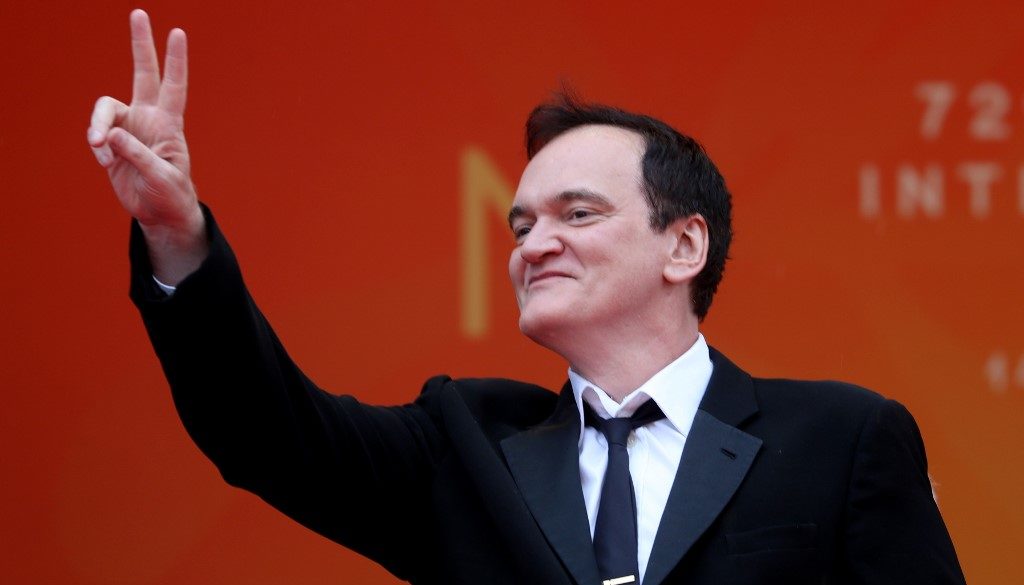 Quentin Tarantino pleaded with film critics Monday not to reveal the plot of his new movie on the eve of its premiere at the Cannes Film Festival.
The director begged critics and journalists who will see Once Upon a Time In Hollywood on Tuesday evening not let details slip that might spoil the film for his fans.

“I love cinema. You love the cinema. It’s the journey of discovering a story for the first time,” Tarantino wrote in a letter that was posted on the movie’s Twitter page.

“I’m thrilled to be here in Cannes to share Once Upon a Time In Hollywood with the festival audience. The cast and crew have worked so hard to create something original, and I only ask that everyone avoids revealing anything that would prevent later audiences from experiencing the film in the same way.”

The movie, starring Leonardo DiCaprio as a television actor and Brad Pitt as his stunt double, is billed as a voyage through Los Angeles of 1969 when the city was chilled to its core by the murder of pregnant star Sharon Tate by the Manson family cult.

The film will not be released in the US until July.

Tarantino’s call comes a month after the Russo brothers, who directed the Marvel blockbuster Avengers: Endgame, made a similar plea after leaked footage of the film appeared on social media just before its release.

They wrote an almost identical letter last year before the previous installment of the franchise, “Infinity War”, was shown in cinemas.

Once Upon a Time In Hollywood is one of 21 films competing for Cannes’ top Palme d’Or prize, which Tarantino won 25 years ago with Pulp Fiction.