Why this steakhouse is drawing high rollers | Lifestyle.INQ ❮ ❯ 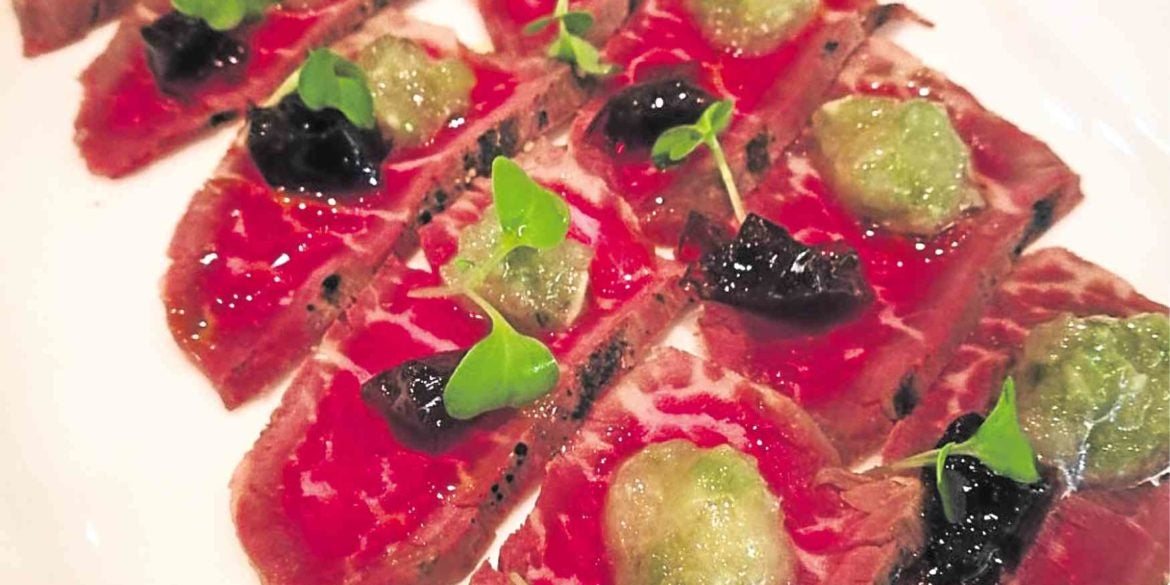 Why this steakhouse is drawing high rollers

The premium A3 rib-eye and A5 sirloin are tender and extravagant, with the sirloin reaching butter-like levels

For over five years now, a steakhouse that originated in Tokyo has been attracting high rollers at City of Dreams Manila.

Unlike other foreign steakhouses that pride themselves on their frozen, dry-aged beef, Ruby Jack’s Steakhouse and Bar serves mainly fresh-chilled Wagyu steaks priced from P6,000 and up for 250 or 300 grams, depending on the grade.

Last week, we sampled both the premium A3 rib-eye and A5 sirloin (the highest grade). Both were tender and extravagant, with the sirloin reaching butter-like levels.

“When we opened in Manila—our first branch outside Japan—we targeted the VVIPs. We wanted to provide a place where they could order special, celebratory dishes like our fresh-chilled steaks,” founder Eddie Baffoe told Inquirer Lifestyle.

The Ghana-born, Japan-based Baffoe worked in the F&B department of several Hyatt properties, before he and business partners Matthew Crabbe and Nathan Smith founded ECN Hospitality in 2008. Their other projects, all located in Japan, include Two Rooms Grill and Bar, and Septieme Brasserie and Bar.

Baffoe’s background in bartending helps, no doubt, when it comes to crafting new cocktails, like the addictive Umetini, a martini made with mouthwateringly sour Japanese ume (plum) liqueur mixed with gin, topped with a shiso leaf.

The meat at Ruby Jack’s may be all imported, but the fruit, seafood and some vegetables (micro greens, asparagus, baby corn, lettuce and kale) are locally sourced.

Baffoe and Crabbe flew in from Tokyo recently to meet with the press and introduce the branch’s new head chef, Edwin Sta. Ana. The chef, who used to work in South Africa and speaks with a charmingly clipped accent, said he will rise to the challenge.

That evening, he worked with Crabbe on the menu that consisted of Grilled Shrimp Salad laced with truffle oil, Roasted Beetroot Salad, Beef Tongue Croquette, Sizzling Scallops, and Sakura-Smoked Bacon with peppery arugula.

Sta. Ana was particularly proud of the Premium Beef Tenderloin Tataki. His light hand was evident in the pink, thinly sliced raw beef topped with a green wasabi leaf and a tasty onion relish and ponzu jelly.

“I like the Teppan-grilled foie gras because the tart balsamic vinegar cuts through the butteriness of the liver,” Crabbe said.