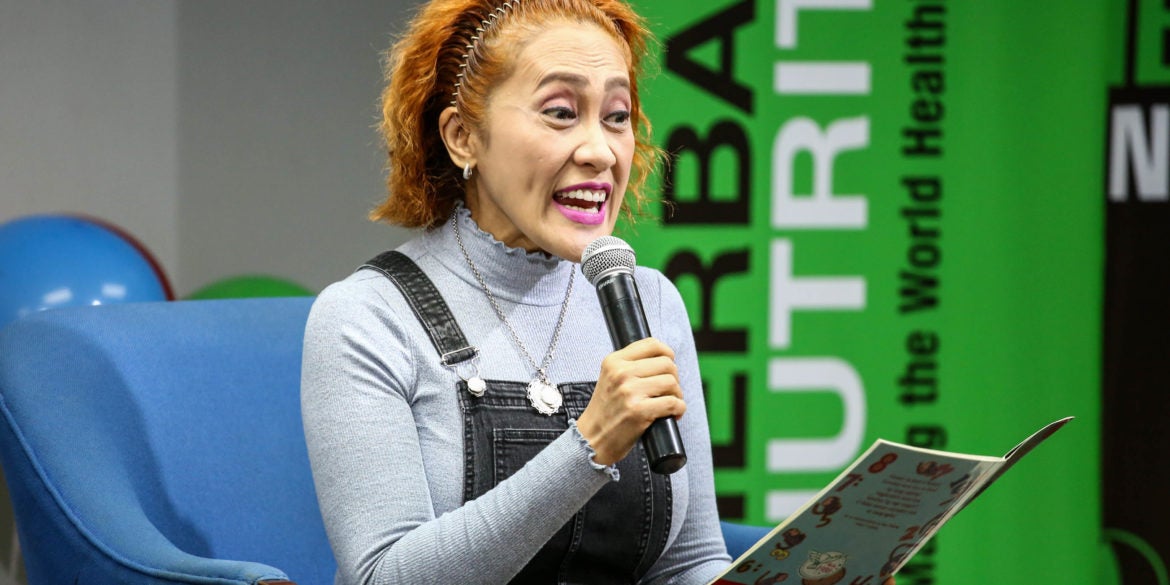 MANILA, Philippines — Stories of a mother’s unconditional love took center stage at the Inquirer Read-Along session that celebrated motherhood at the Philippine Daily Inquirer’s office in Makati on Saturday morning.

Award-winning television and movie actress Ai-Ai delas Alas, known for her role in 2003 box office hit “Ang Tanging Ina,” was among the guest readers in the session.

Delas Alas, who has a busy schedule with a movie coming up, said that every mother should make time for their children, whether to read them stories or to help them with their studies.

“Reading is something that kids can bring with them until they grow up. And reading with your kids creates special memories for them,” Delas Alas said.

Delas Alas read to some 70 kids the award-winning story “Bakit Matagal Ang Sundo Ko” (Why is my Mommy Late?) written by Kristine Canon and illustrated by Mariano Ching. The story tells of a girl who became anxious when her mother was late to pick her up from school.

Delas Alas has four kids, three of whom are already adults. Her youngest is 7-year-old Andre, who she adopted in 2011.

“I teach Andre how to read and helps him with his school work. I make sure I make time for him with his studies, even though I have help from a tutor because of my busy schedule,” Delas Alas said.0

Delas Alas also plays a mother in her recent films. She starred in the titular role in the recently shown film “Sons of Nanay Sabel,” which is about a mother who is in search of her lost sons and is set to star in “Feelennial,” where she is a mother who acts like a millennial — those born from 1981 to 1996 — so she can be close to her estranged kids.

Now on its 12th year, Inquirer Read-Along has been held in at least 50 cities nationwide and reached more than 20,000 children.