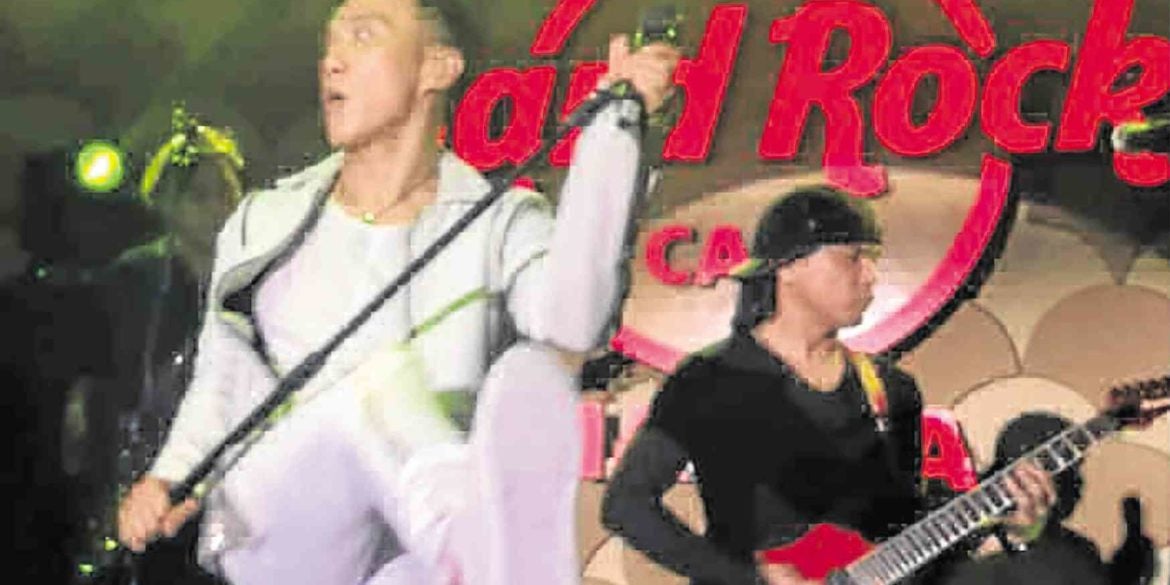 “We will rock you”: Arnel Pineda onstage at Hard Rock Café Manila

The relevance is that HRC in Conrad, like its previous incarnation in Glorietta, Makati, aims to be a top tourist attraction by featuring local bands that cover classic rock from A to Z.

On grand opening night, Pineda, frontman of 2017 Rock and Roll Hall of Fame inductee Journey, kicked out the jams with a 30-minute set that opened with Led Zeppelin and closed with Queen.

Backed by HRC regular band Ice Bucket, Pineda, sporting close-cropped hair and an all-white outfit, felt right at home—prancing, jumping, singing like Robert Plant and Freddie Mercury, just like old times at the old HRC in Makati, where videos of his past gigs with his former band Zoo first caught the eye of Journey guitarist Neal Schon.

Since joining Journey in 2008, Pineda has earned more than enough money from world tours, enabling him to buy a commercial building and live comfortably with wife Cherry and two kids.

In December 2018, deadline. com reported that Warner Bros. will be working with “Crazy Rich Asians” director Jon Chu for a Pineda biopic. The studio has tapped Temple Hill’s Marty Bowen as producer while a search for the screenwriter is ongoing.

Warner is negotiating to license the original Journey songs, written by Schon and Steve Perry, and has acquired the rights to Ramona Diaz’s 2012 documentary “Don’t Stop Believing: Everyman’s Journey” —which depicted Pineda’s rise from obscurity to fame.

Good to know that the vibrant local live music scene, which includes small restaurants, bars and clubs, has been drawing people across generations.

La Collina owner Anita Celdran and her sister Zenaida were busy all night hobnobbing with the guests.