How is 'Aladdin' doing at the box office? | Inquirer Lifestyle ❮ ❯ 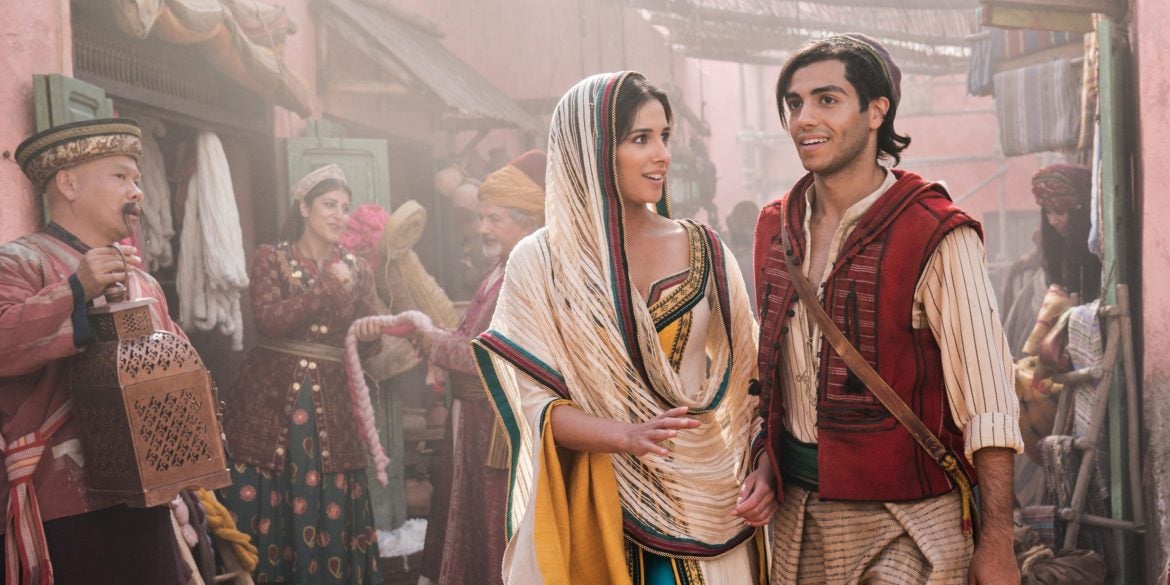 How is ‘Aladdin’ doing at the box office?

“Aladdin” apparently still has the old magic, as the new Disney film took in an estimated $86.1 million in the Friday-to-Sunday period in North America to lead all box-office offerings, industry watcher Exhibitor Relations reported.

The film, released on the US’s four-day Memorial Day weekend, is expected to earn $105 million when Monday’s ticket sales are included, well beyond earlier estimates of around $80 million, according to the Hollywood Reporter.

The live-action movie, directed by Guy Ritchie, stars Will Smith as the genie and the Egyptian-born Canadian actor Mena Massoud as the wily charmer who pretends to be a prince to catch the attention of the lovely Jasmine (Naomi Scott).

The new version is an adaptation of Disney’s 1992 “Aladdin,” which featured the unforgettable voice of Robin Williams as the fast-talking genie (and the less well-known actor Scott Weinger as Aladdin).

Keanu Reaves again stars as retired hitman John Wick, this time being chased by an army of killers after a contract is put on his head. Also starring are Halle Berry, Laurence Fishburne, Ian McShane and Anjelica Huston.

In third was Disney blockbuster “Avengers: Endgame,” taking in an estimated $16.8 million for three days ($21.9 million for four).

“Avengers,” with an all-star cast including Robert Downey Jr., Mark Ruffalo, Chris Evans, Chris Hemsworth, Bradley Cooper, Scarlett Johansson and Josh Brolin, has broken domestic records but, with a worldwide take of $2.68 billion, is still shy of the $2.79 billion earned by all-time leader “Avatar” in 2009.

And in fifth was new Sony horror thriller “Brightburn,” at $7.5 million ($9 million). Elizabeth Banks, David Denman and Jackson A. Dunn star in the story of an alien tot who arrives on Earth and realizes, as he grows up on a Kansas farm, that he has superpowers.

Rounding out the weekend’s top 10 were: