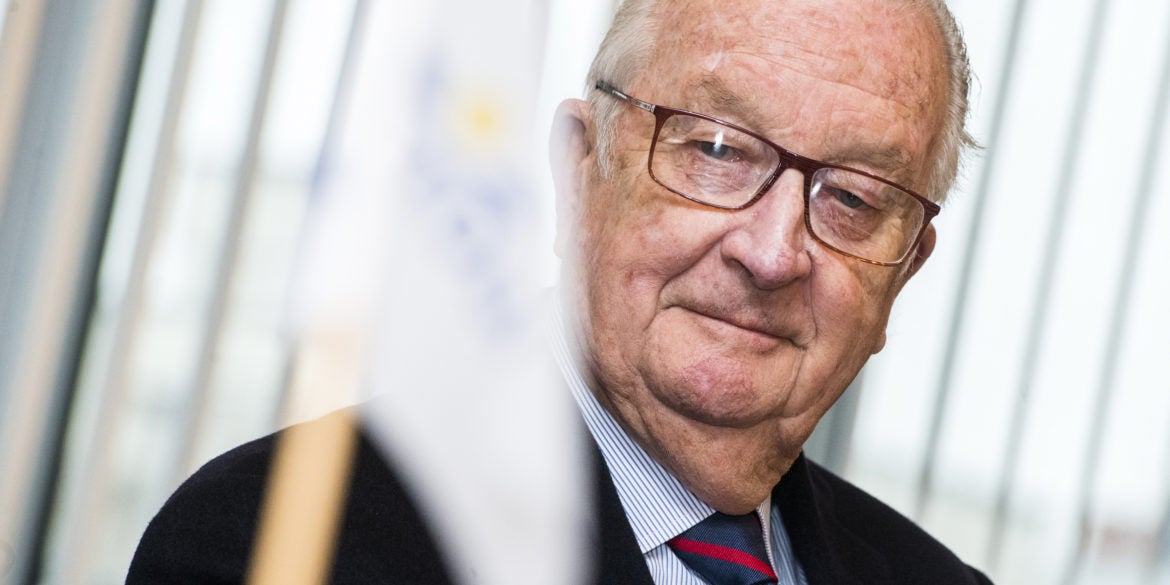 King Albert II of Belgium is pictured during a visit to Touring travel assistance and breakdown assistance, in Brussels, on November 21, 2017. (Photo by LAURIE DIEFFEMBACQ / BELGA / AFP) / Belgium OUT

The former King Albert II of the Belgians has accepted to submit to a DNA test and avoid daily fines of 5,000 euros ($5,600), his lawyer said on Tuesday.

The test will be a major moment in the long battle between Albert II and sculptor Delphine Boel, who launched proceedings before a top Brussels court in 2013 to have Albert’s paternity recognized.

“After having taken note of the judgment handed down on May 16 by the Brussels Court of Appeal…HM King Albert decided to submit to the expertise ordered by the Court of Appeal,” his lawyers said in a statement.

Boel, born in 1968, claims she is the child of a long affair between her mother, Sibylle de Selys Longchamps and the then crown prince Albert, married since 1959 to Paola Ruffo di Calabria.

The 81-year-old former monarch, who reigned from 1993 until 2013, has always refused to acknowledge that he could be her father.

Last October, the Brussels Court of Appeal ruled in favour of Boel and ordered Albert II to submit to a genetic sample in order to finally decide the matter.

Albert had refused any test, which led to this month’s order at the appeals court in Brussels.

The ex-king will now report to an appointed forensic expert who, on the basis of a saliva sample, will carry out a comparative analysis with the DNA of Boel and her mother.

After a request made by Boel, the court said the result of the DNA test would remain secret until the end of the legal proceedings, which could last a year.