Binondo: A gaping sky and a mound of rubble—where grand buildings once stood | Inquirer Lifestyle 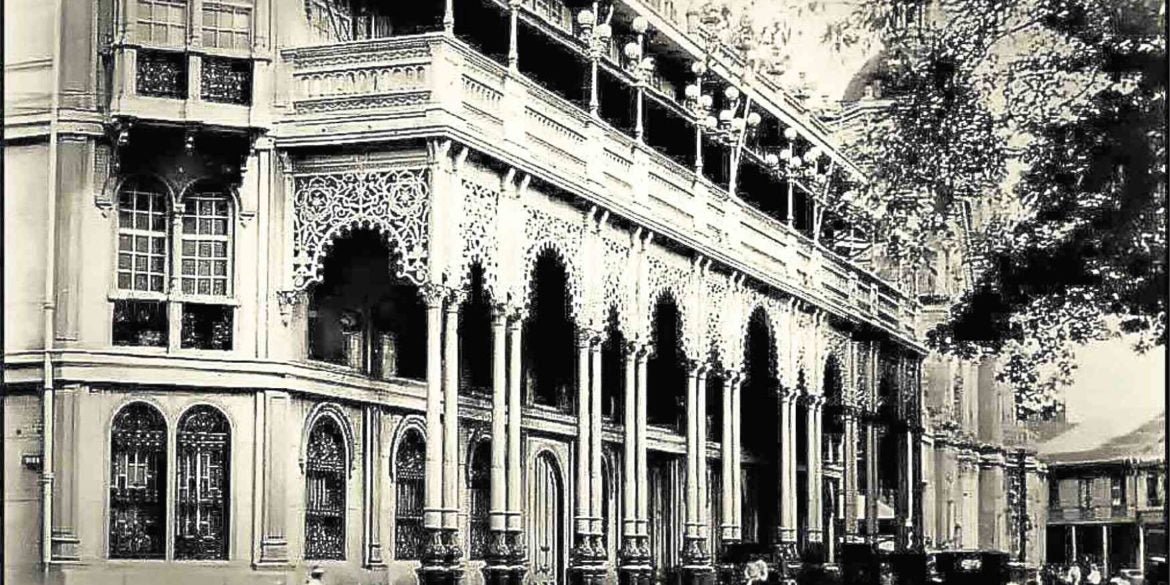 Binondo: A gaping sky and a mound of rubble—where grand buildings once stood

Of a place like Manila, it can be said that contrasting forces sit side by side in constant opposition: the dark and the divine, our shared traumas and hard-won victories, the past and our present. The scars left by wars, uprisings and revolts, and a string of foreign occupations mark surfaces, yet also run deep, offering a story of our past through the oldest built structures and in Manila’s natural contours.

But spaces of historical significance are increasingly battered by time and the scarcity of resources. You have to look harder to find them. They have become so overtaken by Manila’s familiar sights that these treasures are easily overlooked, their intrinsic value fading with each rising generation.

The average Manila dweller can be forgiven this oversight; we are in many ways still an occupied people, our loyalties tested by the demands of living in one of the most populated cities in the world.

In our oldest neighborhoods, however, the past can be irrepressible, running loosely into the present like watercolor, where centuries of cultural influences from Spain, America, India and China overlap, like the ombré of Manila’s sunset sky.

Founded by the Spaniards in 1581, Binondo is the oldest Chinatown in the world. Its original name may have been “Binondoc,” suggesting an alternate reality that this flatland was once hilly. Or it could hark back to rumors among traders en route to the Philippines, that one would find in this port city mountains of silver.

The belief was not entirely unfounded; the galleon trade between Spain, Mexico, the Philippines and China was said to have amassed, at one point, 104 metric tons of silver. Not long after the beginnings of the galleon trade, Manila in 1571 officially became a city established by Spain.

But by then, the Chinese had been a robust presence in the Philippines for over 500 years. Hence the careful designation by governor general Gonzalo Ronquillo of the area beyond Intramuros as a space for the rapidly growing Chinese population.

Even today, satellite images via Google Maps illustrates what Gregory Dorris, who conducts tours of Manila’s historical neighborhoods, describes: from within the walled city, just a cannon shot northward across the river, Spanish authorities could keep a watchful eye on their Chinese neighbors, while protecting their position of power.

Despite this uneasy coexistence, the Filipino, Spanish and Chinese residents of Binondo grew wealthy on the exchange of silks, linen and satin, porcelain and ivory, precious stones and spices, goods transported via the galleons. Manila was becoming a winning business proposition, prompting a deepening of roots for the Chinese, who could now consider settling down with wives and families.

In 1581, the designation of Binondo as a Chinese enclave was an acknowledgment that these merchants, artisans and their families were here to stay, becoming part of the national fabric of a new city. As Dorris puts it, there was “a cultural give and take.”

In 1596, the Dominican Order built a church on what is now Quintin Paredes Street, ministering to the Chinese who converted to Christianity, and Binondo flourished around it. Today the church is known as the Minor Basilica of St. Lorenzo Ruiz, after the martyred Filipino calligrapher, the son of a Chinese father and Filipina mother, who once served as the church’s sacristan.

In 1893, a wedding took place here between a former theater actor and broker for a British company, the son of a Spanish mestiza, and his second wife Gregoria. Three years later, Gregoria’s young husband, Andres Bonifacio, would lead a revolution against Spain.

As a physical structure, the church’s dark stone exteriors, the domed bell tower that has withstood British bombardment in 1762, as well as an earthquake in 1863, remind us that threats are both manmade and natural.

After Bonifacio’s lifetime, ownership of our physical spaces was decided not by galleon silver and priests, but by firepower and vast armies, and the country once more changed hands, several times over. Our narrative as a people has been one of struggle over territory and the claim to our physical spaces.

Our built heritage spaces continue to tell this story. Yet the tragedy is they are also the most vulnerable. Quite a few structures have fallen to the wrecking ball; some, ironically, disappearing seemingly overnight, leaving nothing but gaping sky and a mound of rubble where grand old buildings once stood.

Dorris says property developers are buying up entire floors in Binondo. “We are freely invaded… in Manila there is development without progress.”

Two years ago an early postwar wooden school was demolished. Without tax benefits to encourage developers to preserve the structures that carry so much of Manila’s story, we find ourselves facing conflict all over again, but the wounds are self-inflicted.

But if we entertain the idea of hard and fast boundaries that define the wisest choices open to us, we recognize there are
no gray areas between demolition and conservation. Caring about these structures—while we have them—is the first
step. Perhaps together we can celebrate a victory someday. —CONTRIBUTED