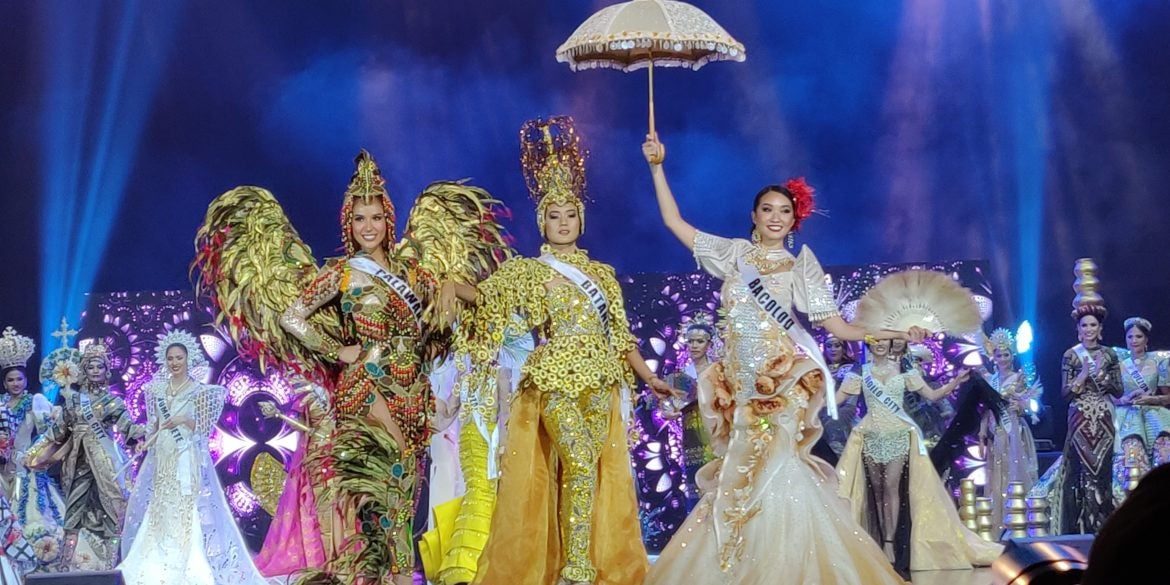 MANILA, Philippines — Palawan’s Samantha Mae Bernardo, who finished second runner-up in the 2018 Binibining Pilipinas pageant, is in the running for two special awards in this year’s contest — Best in Talent and Best in National Costume.

The candidates vying for the two awards were announced at the culmination of the pre-pageant show staged at the New Frontier Theatre in Quezon City on Wednesday evening.

Also in the running for the two awards is pageant rookie Cassandra Chan of Bacolod City, a professional ballerina and ballet teacher from the Philippine Ballet Theater.

The second segment featured the national costume competition, during which the candidates showcased costumes made by Filipino designers.

Joining Bernardo and Chan in the talent shortlist is Alannis Rein Binoya of Batangas.

The winners for both awards will be announced at the coronation night which will be staged at the Smart Araneta Coliseum in Quezon City on June 9.