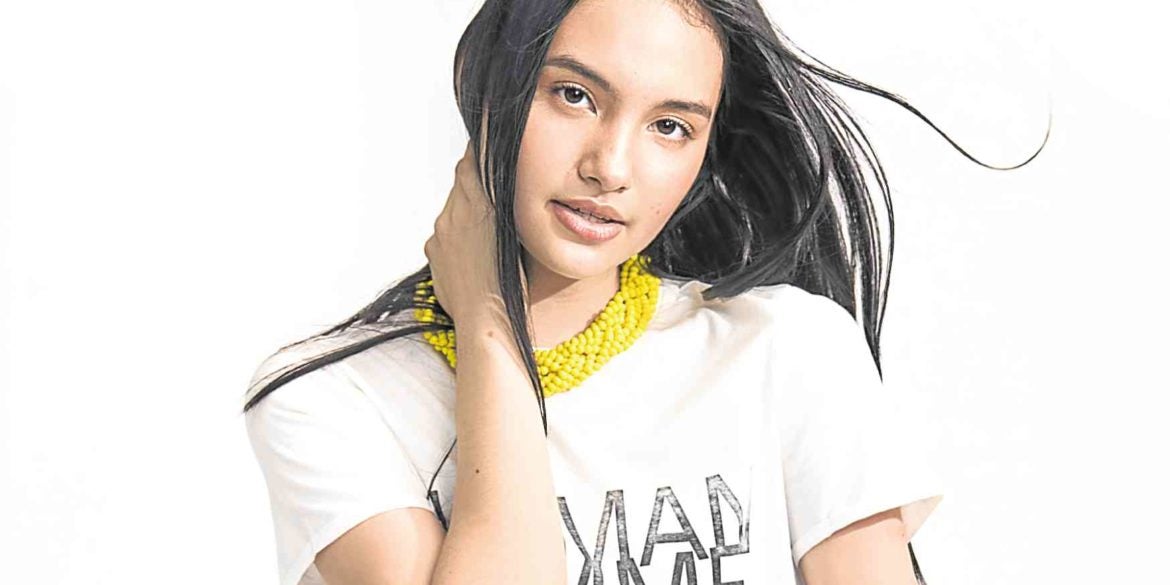 She could follow in the footsteps of her sister, Victoria’s Secret model Kelsey, but this 11th grader says school’s her priority

Casey Merritt is a 16-year-old Filipino-American raised in Pampanga. This year, she is about to go on a journey that will make a huge impact on her life: modeling at Philippine Fashion Week.

Merritt is an incoming 11th grade student at Angeles City Science High School under the Science, Technology, Engineering and Mathematics (STEM) strand. Her hobbies include reading, sewing, sketching and painting.

She loves to be productive. She is a tutor to an incoming fourth grade student. She also sketches designs of clothes, and with help from her mother, Beverly Esteves, Merritt’s drawings are turned into reality. She has won an award for something she and her mother created.

For this interview, she wore something she herself made.

Looking at Merritt and her photos, one might think that she has been modeling for quite some time. But she had her first shoot only late last year, when a friend invited her to model in a fun pictorial. To her surprise, she actually enjoyed it. Her friend said she was a “natural.”

Just a week ago, Merritt went to her first casting call for Philippine Fashion Week. She was delighted to announce that she made it.

It’s easy to see the resemblance between her and her older half-sister, Victoria’s Secret model Kelsey Merritt. Casey’s mother said that, in the family, Casey and Kelsey are the ones who really look like each other. The mom added that her daughter looks up to another sister, Kirsten, and wants to pursue medicine.

As a young model, Casey Merritt revealed a few of her beauty routines, health habits, and career plans.

She never leaves the house without getting her brows done. She always brings her trusted lip balm and eyelash curlers. Her mother jokingly said that her daughter sometimes does her eyelashes while in a public commute.

Merritt added that she has been advised to get plenty of sleep. While she does not get to do it often, she thinks it works.

She is also fond of running. Lately, she has been following workout routines on the internet because she believes it’s vital for a model to stay fit.

To become a doctor is Merritt’s greatest dream. She would like to specialize in pediatrics because she loves kids. But she also likes to watch surgical videos.

She knows that it will be a challenge to juggle school and modeling, but she is sure of one thing—her main priority is to finish school. —CONTRIBUTED