‘Brightburn’ has its moments, but that’s all | Inquirer Lifestyle ❮ ❯ 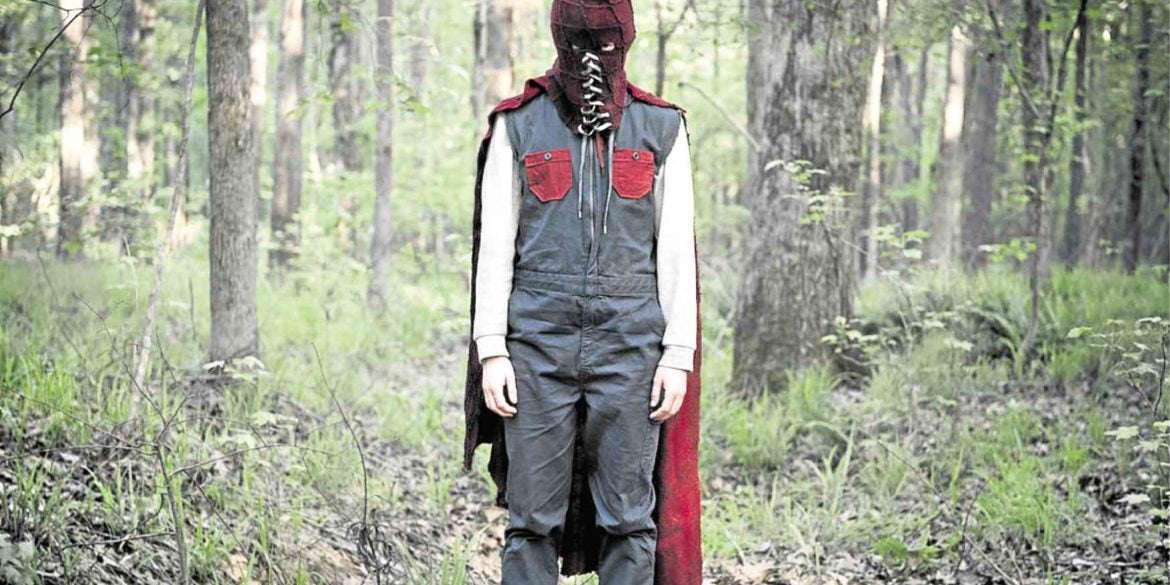 Brandon Breyer (Jackson Dunn) is not from around here.

‘Brightburn’ has its moments, but that’s all

The origin of Superman is an iconic one. Sent away by concerned parents, escaping a doomed planet, found and rescued by a kindly Midwestern couple, raised with good moral values. It’s a hopeful immigrant story created by the sons of immigrants (Joel Siegel and Joe Shuster). Many a Superman story has been told, including “Elseworlds” versions where a particular detail is changed and they explore what results could have emerged from that change. One of the more notable examples of those is Mark Millar and Dave Johnson’s “Superman: Red Son,” which imagines what might have transpired had the alien craft landed in Soviet Russia instead of Kansas.

“Brightburn” is basically one of those “Elseworlds” tales. The entire film is the answer to the question “What if Superman was evil?” as conjured by director David Yarovesky and writers/cousins Mark and Brian Gunn (Brian’s brother James, writer and director of “Guardians of the Galaxy,” serves as producer). The story echoes the Superman origin pretty closely: Brightburn is a stand-in for Smallville, still situated in Kansas; the adoptive parents, the Breyers (played by Elizabeth Banks and David Denman), have been unsuccessful in their attempts to have children. There’s a spaceship that brings an infant boy here. Like Clark Kent, he has an alliterative name (Brandon Breyer, played by Jackson Dunn). We see the crash, a sweet montage of his early years, and pick up the story as Brandon is turning 12, or right around the time puberty should be beginning to signal changes in his biology and psychology. But Brandon takes a hard turn; he suddenly has a temper, answers back in anger, has problems at school, tests his strength against the steel blades of an upturned lawnmower. His mother catches him sleepwalking toward the spaceship he arrived in (his origin has been kept a mystery by his parents). There is the hint of violence in his eyes.

It’s an obvious stroke to equate this awakening of his superpowers to puberty, a frustrating and scary time for teenagers with feelings of helplessness and extreme sensitivity thrown in. It makes sense, and that’s how Brandon’s mother Tori explains away this odd behavior of her son, especially when it begins to encroach on other people, like Brandon’s schoolmate Caitlyn. The horror escalates effectively; actions unseen or hinted at allow viewers to put two and two together, an impending inevitability forming in the back of our heads. There’s a pretty creepy dream sequence speaking to the couple’s struggles with being barren. One of the primal aspects of horror is corrupted innocence, especially in something familiar, and it remains potent here. It’s complemented by Tori’s mother-in-denial loyalty, until matters can no longer be politely explained away. Weirdly, one of its most grotesque moments in the trailers is missing entirely.

Unfortunately, while the horror is effective enough and stylishly handled, ultimately “Brightburn” suffers from a lack of original intent. Apart from the idea of “What if Superman were evil?” it doesn’t have anything else to offer. So Superman’s evil. So what? There’s no treatise on nature vs nurture, no rumination on responsibility or boundaries. There’s no surprise in store, and nothing particularly interesting offered beyond its already expected scope. Perhaps we’ve been spoiled by recent horror films that have successfully embedded social politics or metatextual self-commentary into its DNA. It’s also somewhat unsettling to note that majority of the violence onscreen in “Brightburn” is toward women.

And so, while the concept and logline is intriguing, at the end the result of that one change in the origin story didn’t result in anything too intriguing, and it’s too bad that “Brightburn” didn’t have a little more on its mind.