A torch has gone out: The passing of Clinton Palanca | Inquirer Lifestyle 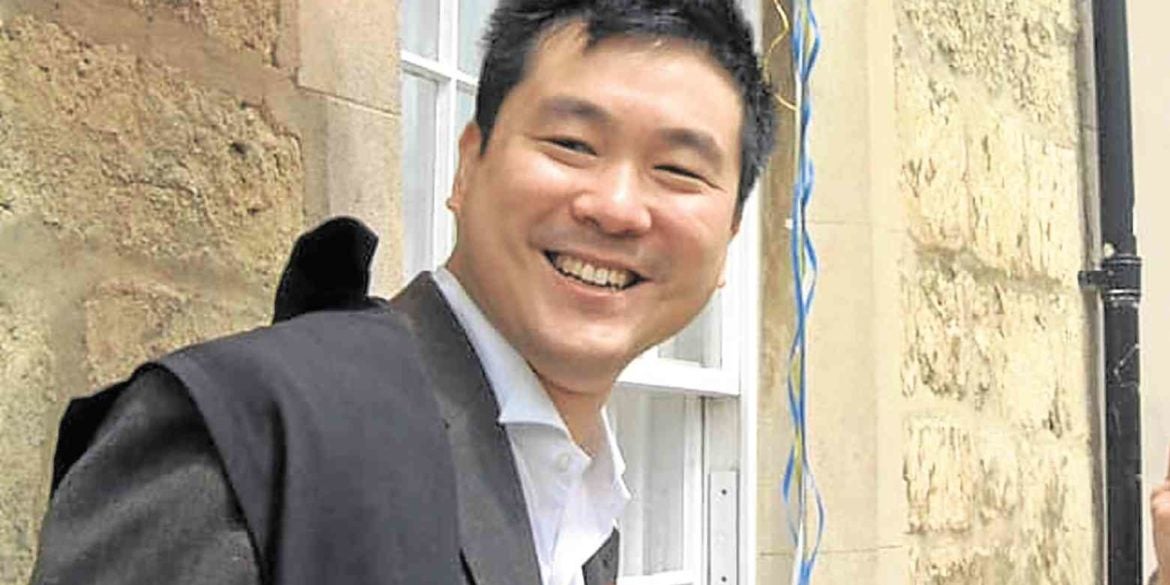 A torch has gone out: The passing of Clinton Palanca

Perhaps that is exactly what people liked about his food writing. It described a world that was far from perfect

Clinton Palanca made his mark on Philippine literature. This was not something that the literary community suddenly realized after he died May 29, because he began writing in earnest, perhaps 20 years ago.
By the literary community, I do not mean solely academics, but the tribe of readers, critics, writers and editors who are, by disposition, compelled to place the written word at the center of our lives, to spend the majority of our existence confronted by keyboards, staring at monitors, who surround ourselves with physical tons of paper and ink, while creating or producing even more of it, and, in particular, those who have been privileged to know him, to work with him, or, most of all, to edit and critique him.

The community formally recognized his talent early in his career, and Clinton earned many prizes, including three Palanca Awards, considered the highest such honors in Philippine writing. Although he shares the surname as the family who endowed the awards, he was not directly related to those Palancas, whose ancestral name is Tan Quien Shen.

In addition to the formal awards, he was appreciated and celebrated by his peers.

As writer Sarge Lacuesta posted on esquiremag.ph, “From the very beginning of his career, his stories and essays immediately became models of the form, and set a bar so difficult to reach that we simply gave up attempting to write like him.”

Clinton has been categorized in recent days as a “food reviewer,” “food critic,” or “restaurant reviewer.” He was most famous for his work on food and dining, but he wrote about other things, including lifestyle, politics, essays and fiction.

He was not an enfant terrible of Philippine writing, because he emerged, as a writer, fully formed and with precocious maturity.

Ricky de Ungria, who edited an anthology that included an early novelette by Clinton, said he “writes like no other in his age.”

From the very start, Clinton showed impeccable style, with a clear, musical and unmistakable voice. Take any 20 food columns by various authors from this newspaper, and have someone clip the bylines and personal references: within the first paragraph, you will be able to tell if Clinton was the one who wrote it or not—even if you’ve read him only once or twice.

Even now, rereading some of the pieces he wrote over the years, one hears them in his voice, with a slight lisp, as often appeared in his speech. His vocabulary must have encompassed nearly every word in the English language, and both his writing and speech were sprinkled with delightful words and expressions few others (except perhaps his lifelong friend Manolo Quezon) would use, like “churlish,” “disparate,” “lugubrious,” “gauche” and “blancmange.”

This, however, was an exception, rather than a rule. Clinton preferred simpler, direct language, and would use something unusual only for purposes of precision, if no other word meant precisely the same.

Meeting Clinton might give one the impression that he was a shy person, but he was really more soft-spoken than shy. In fact, he could be quite chatty, but never, ever loud.

He was the polar opposite of obnoxious, a polite and careful listener, and he spoke as he wrote, deliberately, in perfectly constructed sentences, with no filler words.

It was like speaking to The Economist newspaper, in the form of a person. This must have been the result of several lifetimes’ worth of reading, and not just “reading,” excellent books.

It was not only the sheer excellence of his perception and expression that distinguished Clinton’s writing, it’s what he wrote about.

More than a decade ago, in casual conversation, I congratulated Thelma San Juan for recruiting Clinton to Inquirer Lifestyle for him to write about food. She, however, was not entirely convinced at the time (as I was) that Clinton would be “the next Doreen Fernandez.”

“Sure, he writes well,” said Thelma, “but he doesn’t stay on topic. The more I remind him to write about food, the more he writes about everything else but food!”

To illustrate this, Clinton had just written a column on dating, specifically the type of boring, conservative girl who inevitably orders carbonara and iced tea. (He was single at the time). It was hilarious, and at least it mentioned food, if in passing. But you could deduce that the actual assignment (from Thelma’s always practical perspective) had been “write about the best places to take a date for dinner.”

Later on, Thelma just threw away the metaphorical leash, and Clinton’s restaurant reviews were freely interspersed with such topics as “(Post) Colonial mentality” and “Why Miss Universe is better than Victoria’s Secret as a show.”

Speaking of the late Dr. Doreen Gamboa Fernandez, she most assuredly stayed on topic, and was a material influence, particularly on Clinton, but also, on all discussion of Filipino food in a cultural context.

For those born yesterday, Doreen was the giant in Filipino food writing, both in the broadsheets and on bookstore shelves. She wrote the column “Pot-au-feu” for Thelma at the Manila Chronicle in the 1980s, then moved to the Inquirer in the mid-’90s, where she retitled her column “In Good Taste.”

There were other food writers before Doreen—particularly the renegade English aristocrat Lord Anthony Moynihan, who wrote the occasional restaurant review in his colorful column “Lucullus” in Business Day, the forerunner of today’s Business World.

But Doreen captured the widest audience, in part because her writing was accessible and unpretentious, but also because she had built a formidable expertise on the subject.

This expertise was founded on her natural academic rigor, where every observation she made was scrupulously researched and reproducible. Her prose was sustained primarily by facts, not opinions.

One day, around 35 years ago, Neal Oshima and I walked around the block in Malate to this little hole-in-the-wall eatery with six tables that we had recently “discovered”… and there she was, in a corner. She smiled at us, impishly, and gave us suggestions on what to order. Of course, no one there knew who she was.

Exactly one week later, the day after her article on it came out, that same canteen had a line going out the door. Some of the people in line were holding their copies of the newspaper, because they wanted to eat exactly what she had eaten.

Dr. Fernandez also taught English at the Ateneo de Manila. Clinton was her student, and later, her fellow teacher. It is no secret that he adored her, and he wrote a moving eulogy for her when she died in 2002.

Their relationship was not an accident. Neither of them may have known it at the time, but the torch was passed. She could not but have influenced him, although this destiny would not become clear until some years later.

The only things they had in common, however, was that they were both excellent writers, and that they wrote a lot about food, in addition to other topics. (Dr. Fernandez had written extensively about theater).

Their approach could not have been more different. Clinton was anything but academic about food. To begin with, food was only one aspect of the experience, and he always wrote about the whole experience.

Like Doreen, he was fond of putting things in cultural context, discussing what had come before, and what was influenced by current trends.

Also, like Doreen, he would just as soon review a hole-in-the-wall canteen as he would Elbert’s Steak Room. But instead of simply describing it, he would always give some kind of judgment and evaluation. He always was, and this is generally acknowledged, scrupulously fair, and his expectations were realistic.

But yes, he judged, because he felt that was the bottom line that people deserved, it was the very point of what he was doing.

With Doreen, who never manifestly judged, there was nevertheless a code, and this was a direct consequence of her genteel Ilonggo (of course) upbringing. She might compliment, but would never gush about anything, and she rarely said anything was bad outright.

The cognoscenti, however, knew what this meant. If she wrote about it, it was, at the very least, worth trying. If she went so far as to say something was a bit lacking, it was bad, maybe with some redeeming qualities, but bad.

If it was famous, and hyped, and she didn’t write about it, it was absolutely not worth trying, stay away.

None of this was ever the point of Doreen’s work, it was incidental. It was far more important to her to describe and place in context than to evaluate.

Clinton was upfront and often brutally honest, and no matter how much he liked something, if there were flaws in the experience, he would always point them out. Sometimes, it seemed like he felt he had to temper a review that sounded too good by looking for some minor shortcoming, just to reassure us (or maybe himself) that imperfection is necessary and inevitable for something to be believable.

But perhaps that was exactly what people liked about his food writing. It described a world that was far from perfect, and where every success, no matter how minor, deserved to be celebrated.

It is now a world much less perfect, now that Clinton Palanca is gone. Nevertheless, his writing will live on, and his life will be celebrated. —CONTRIBUTED