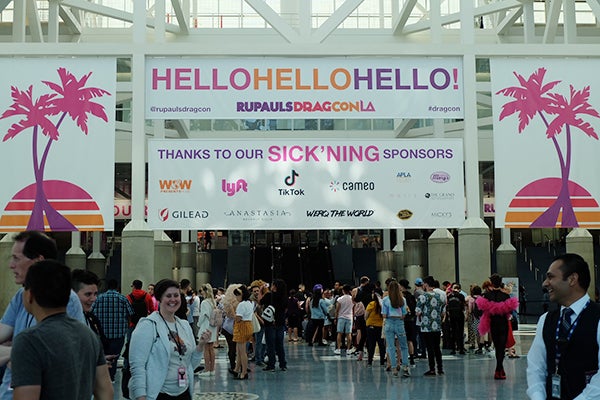 Thinking of going to DragCon?

Here are some Super tips

DragCon welcomes everyone— absolutely everyone. In 2018, the attendees of RuPaul’s DragCon LA 2018 were 60 percent female, 40 percent male, 38 percent gay, 38 percent straight and 24 percent other.

(READ: We went to RuPaul’s DragCon and it was everything)

Don’t go for just one day. We swear, it won’t be enough. Get a weekend ticket which also gets you into the Friday preview (it’s the chillest day and the day when the meet and greet lines are the shortest).

If you can afford it, get VIP tickets. They give you access to extra hours, priority lines and priority seating at panels and exclusive merch.

Set a budget. It’s easy to overspend because the queens have great merch and there are other booths selling all kinds of stuff. Most queens have a minimum merch purchase required (usually $30) if you want a meet and greet so factor that in, too.

Do your DragCon homework. Study the floor map. Bring a printout. We’ve heard people complaining that they couldn’t find certain queens. That’s crazy because the map shows you exactly where they’d be.

Choose your own DragCon adventure. There’s a lot going on so it’s impossible to do everything. List your priorities—the queens, the panels, the performances you don’t want to miss and plan your schedule around them.

Heels are sick’ning but remember that you will be doing a lot of walking. A lot. Bring comfy shoes to change into.

Charge your phones, bring powerbanks and extra batteries. You’ll be taking a zillion pictures. There are charging stations but you don’t want to be chained to them.

You can go solo. You’ll still have an amazing time. And there will always be someone there to take your picture.