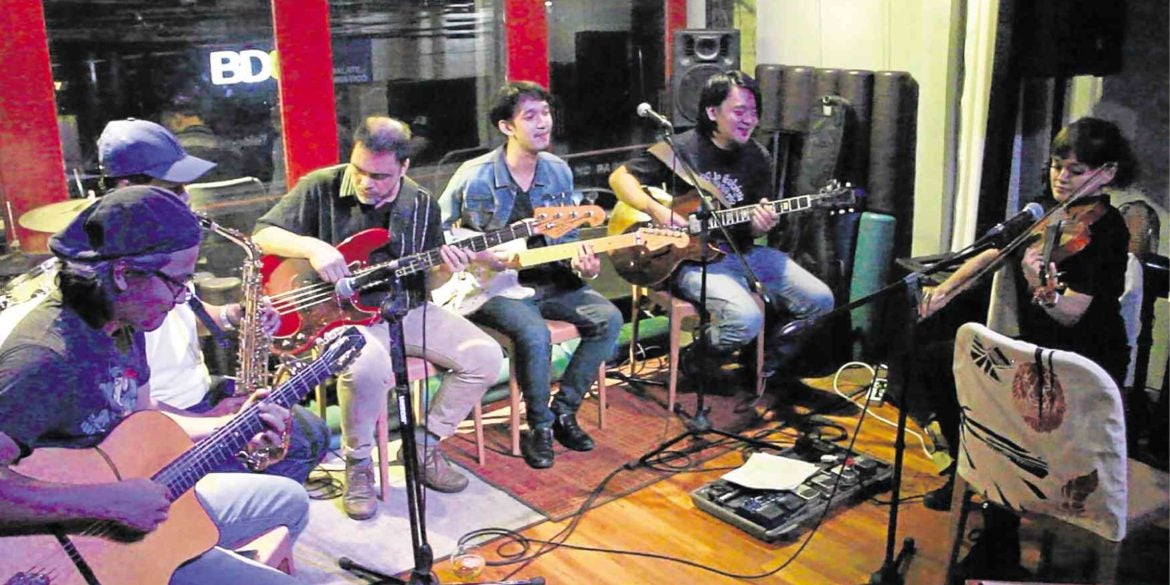 You and I are family uprooted somewhere. We are misunderstood, and I would be the happiest man in the day when I shake your hand.”

So goes the possibly apocryphal letter, supposedly written in September of 1946 by Albert Einstein to Django Reinhardt.

In it, the discoverer of the Theory of Relativity expressed regret that he had missed the famous jazz guitarist when the latter failed to show for a concert with Duke Ellington, and expressed the hope that someday they could jam together—Einstein on his violin and Reinhardt on his guitar.

Not so farfetched, considering it was sent by one genius to another.

Considered one of the greatest musicians of the 20th century, Reinhardt (1910-1953), a Belgian gypsy, single-handedly created the musical genre we now know as gypsy jazz.

By combining American jazz with French accordion music and his own gypsy roots, Reinhardt developed his own unique take on swing that made him the first European to become a jazz immortal and a star on two continents.

Even more amazing was the fact that he lost the use of two fingers on his left hand in a caravan fire. A disability that would have ended the career of any other guitarist allowed him to create a unique style that made him perhaps the most famous, and certainly the most influential, of jazz guitarists.

Though he died young, Reinhardt left hundreds of recordings. More importantly, he left heirs—most of them European gypsies like himself—who would continue to evolve gypsy jazz. The repertory still draws heavily on the Reinhardt songbook, and the guitar remains centerstage, but today it’s a vital sub-genre with a global following—including the Philippines.

“I’ve been listening to Django since high school, when I read an article called ‘100 greatest guitarists of all time’ and he was No. 3,” recalls Franz Morales, guitarist with the Hot Club of Manila, thus far Manila’s first and only gypsy jazz outfit.

“For two years I listened to nothing but Django’s music, played nothing else,” he continues. “I wanted to absorb it by osmosis.”

Morales turned to the internet and found an online gypsy jazz forum, where he met fellow enthusiasts from the US, Italy and Taiwan—professionals and amateurs alike—who gave him guitar lessons on Skype, and sent him CDs and sheet music.

Then, out of the blue, he received a message from a fellow Filipino gypsy jazz enthusiast. It turned out to be Nim Laquian, still in high school at the time. The two met, jammed together, and decided to form a group. They called themselves the Hot Club of Manila, after Reinhardt’s iconic 1930s band, the Quintette du Hot Club de France.

“I lived in Hong Kong for almost two years, then I had to go back home to continue my studies,” says Laquian, who plays guitar with the reggae band Pawikan. “I was searching the internet for someone to play gypsy jazz with, and Franz’s name turned up.”

Morales and Laquian started practicing and eventually decided to test their material on a live audience. The only problem was, there was another Hot Club of Manila.

That turned out to be Kakoy Legaspi, guitarist with Mr. Crayon, Rivermaya, Bamboo and the Dong Abay Music Organization and Louie Talan, bassist with Razorback and countless other musical projects, who had also embarked on a parallel gypsy jazz quest.

“Before I even attempted to play it, I was a heavy listener of Django,” says Legaspi. “There was a period when I went to sleep and woke up to Django’s music.”

Legaspi is one of the most in-demand session guitarists around town, playing everything from blues and rock to punk, but he has a special affection for the gypsy jazz sound.

“It informs my playing in general,” he says. “When I’m heavy into it, the language seeps in. But it’s more the attitude. Like punk, gypsy jazz is 99 percent attitude. But the remaining 1 percent is hard: the language, the ornamentation of the melody, the forms. Getting the right ‘feel’ is even harder.”

Eventually, the two groups decided to merge into one Hot Club of Manila. They recruited violinist and vocalist Jing Jorge to expand the band’s musical palette. Jorge had been on her own musical journey, from choir singing, classical violin and singing standards in a lounge act to playing with the dreampop/shoegaze outfit Sugar Hiccup.

“We come from various influences, so that comes out,” she says. “There’s room to experiment, to improvise. It’s a challenge for us to learn the repertoire, because it’s really difficult.”

Gypsy jazz is virtuoso music, the tune being a launch pad for the soloists to take improvisational flight. Apart from the guitar, the violin, the accordion and, occasionally, horns are used. Underneath it all is what the French call la pompe, the chugging, percussive rhythm guitars that provide the genre’s irresistible momentum.

Gypsy jazz has its standards, such as Reinhardt compositions “Nuages,” “Djangology,” “Minor Swing.” Old-time swing tunes such as “Limehouse Blues,” “Sweet Georgia Brown” and “All of Me” have also become part of the repertoire.

“Django made it so that the soloing invites pyrotechnics,” says Legaspi. “At the same time, it’s not deep like other forms of jazz, so it’s not alienating. Anyone can get into it. You’re missing the point if you’re not having a good time.”

The best gypsy jazz players, such as Bireli Lagrene, Stochelo Rosenberg, Tchavolo Schmitt, Angelo Debarre, Jimmy Rosenberg and others are usually born to it, music being an integral part of gypsy culture. They tend to debut before they sprout facial hair, and can give the likes of Eric Clapton and Jeff Beck a run for their money when it comes to guitar flash.

Since making its debut at Tago Jazz Bar in 2015, the group has evolved considerably, although they admit it’s still largely a work in progress. The members have upped the ante by obtaining replicas of the Maccaferri Selmer guitars that Reinhardt used, including some from Cebu.

Legaspi, Morales, Laquian and Jorge form the core, but the band can expand to as many as 13 with the addition of horns, bass and percussion, depending on who’s free on that night.

Inevitably, a certain Filipino character enters into the Hot Club’s music. Legaspi has given Reinhardt’s signature tune “Nuages” some Tagalog lyrics, and Morales jokes that what they’re doing isn’t so much gypsy as “jeepney” jazz.

Although it started out with a core audience of expats already familiar with the genre, the band has been growing its following, because gypsy jazz is addictive.

If it doesn’t get your pulse racing—you don’t have one.

The Hot Club of Manila plays at the Minokaua in Malate and Historia in Quezon City. For its gig schedule: www.facebook. com/hotclubofmanila/