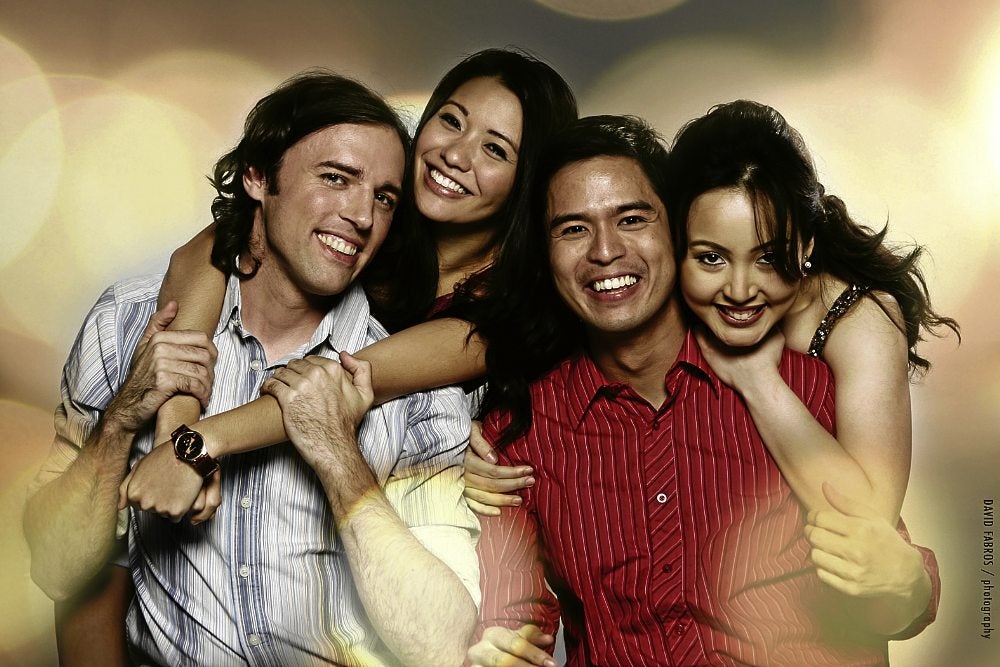 After the success of last year’s hilarious “Shakespeare in Hollywood” (written by American playwright-director Ken Ludwig), Repertory Philippines is staging another Ludwig comedy, “Leading Ladies,” as its second offering in 2012.

Directed by Michael Williams, “Leading Ladies” is about two cash-strapped Shakespearean actors, Leo Clark and Jack Gable, who try to use their acting skills to dupe an old, rich and dying spinster named Florence.

Leo is played by English actor James Stacey (recently seen in Rep’s “Peter Pan” as the pirate, Cat in the Hat in “Seussical,” King in “Sleeping Beauty”).

The setting is York, Pennsylvania, in 1958. The ailing millionaire Florence puts out a newspaper ad looking for her “long-lost young relatives named Max and Steve” to give them their inheritance.

They decide to lick poverty by heeding the biggest “act” of their sorry lives—playing Max and Steve to get the multimillion-dollar inheritance before the real relatives of Florence show up.

What happens next is something like a Tito, Vic and Joey twist. Max and Steve turn out to be ladies named Maxine and Stephanie. But seeing it more as a challenge than a setback, Jack and Leo, with their “trunkful of clothes” and makeup kits, don their bras and stilettos to become, respectively, Maxine and Stephanie.

(Stacey, besides being an “overseas English actor,” says that part of his preparation for the part of Stephanie was “hanging out in Malate.”)

Further complications arise when the two con men fall for two real ladies in the house of Florence, the buxom aide Audrey and Florence’s niece, the comely Meg. Audrey is played by Gianina Ocampo (lead of Rep’s “Sleeping Beauty”) and Meg by Cris Villonco.

“By staging a play like this, we would like people to know that they can go to the theater and have fun, to release tension. Theater is something you can enjoy,” says Williams.

“Honestly, making people laugh is harder than making people cry,” he adds. “But with Ludwig’s material, we just stay truthful to the characters and the rest is just stagecraft and technical issues of blocking and rhythm. Watch the play, and I promise you a really good time in the theater.”

“Leading Ladies” follows the tradition of “Lend Me a Tenor,” Ludwig’s first hit play, which was staged by Andrew Lloyd Webber at a time when Ludwig was still an unknown American playwright whose plays were being staged in churches’ basements and, in his own words, “other off-off-off-Off-Broadway venues.”

A Harvard-educated lawyer with a passion for playwriting, Ludwig has since become one of the most prolific and award-winning playwrights on Broadway, London’s West End and all over the world.