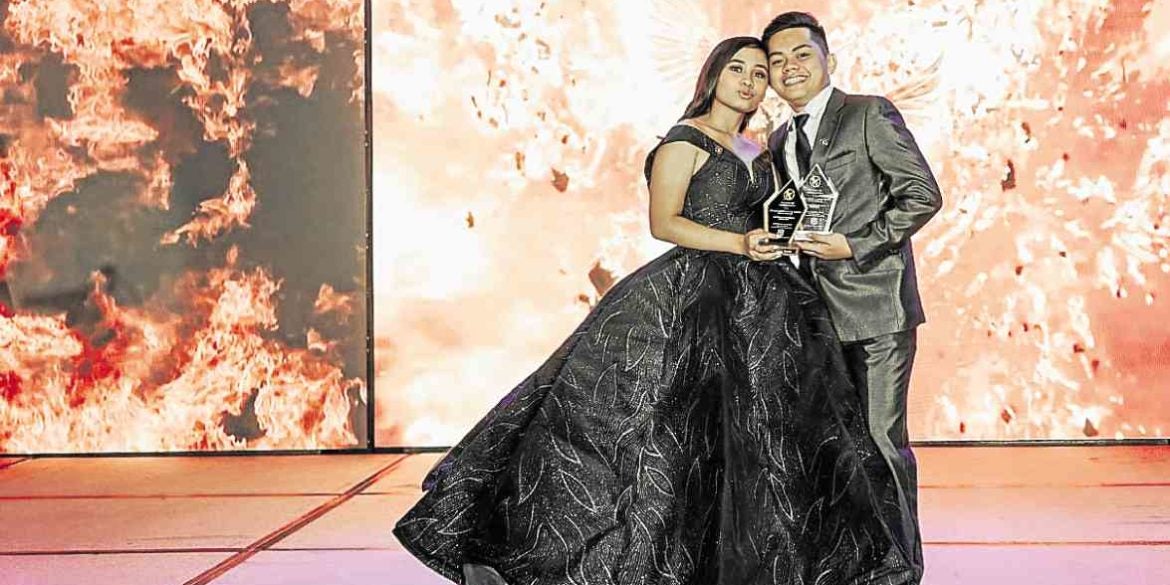 On May 24, San Beda Alabang’s grade 12 senior high students went glam for their graduation ball at Shangri-La at The Fort. Their outfits followed the theme, “The Hunger Games: The Final Game,” inspired by the novel trilogy and film adaptation.

Adriana Sayson, a member of the grad ball committee and former president of San Beda Alabang’s Junior High School Council, said that it was the most-awaited event among graduating high school students.

She added that the committee spent weeks poring over and deliberating on the results of a survey concerning the ball’s theme.

Other suggested themes, aside from “The Hunger Games,” were “Moroccan Nights” and “Modern Filipiniana.”

Sayson said the committee was apprehensive of the students’ chosen theme—because “The Hunger Games” had a violent nature, even as the students reasoned that they just wanted to celebrate their graduation with a ball that approximated the beauty and splendor of the costumes in the movie.

Eventually Sayson understood, saying that the theme was good enough with its avant-garde aesthetic with a modern-futuristic look.

Asked how much effort the students poured into the event, Sayson said the committee, headed by Lunette Nuñez, teamed up with the Senior High School Parents Faculty Student Advisory Council to ensure that the ball would be successful and memorable.

Preparations started only last December due to the hectic academic load. But through hard work and determination, the ball turned out fabulous. —CONTRIBUTED