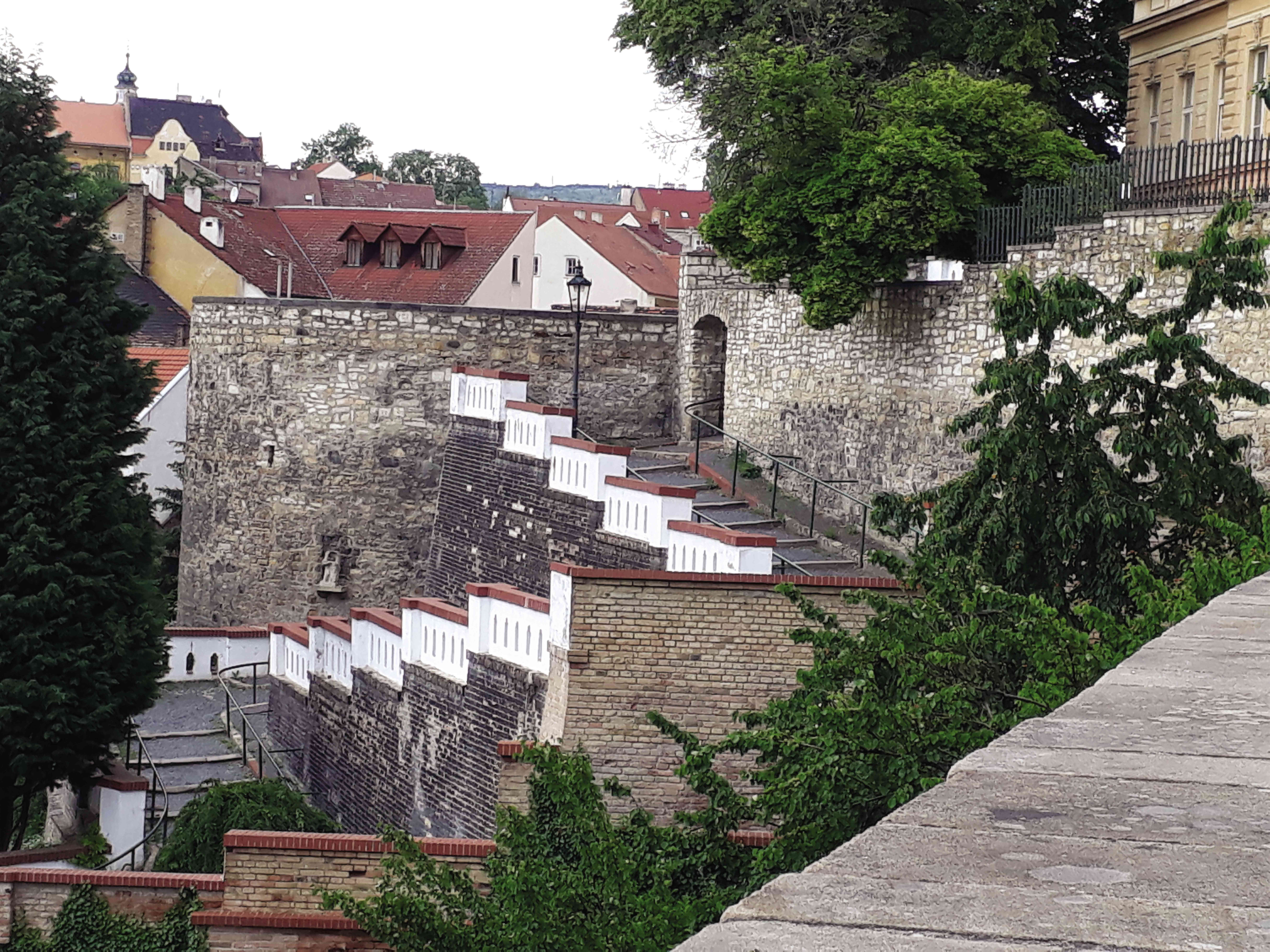 Tracking down Rizal in Czech Republic

Prague was the birthplace of our national hero’s friend and ‘dear Brother’ Ferdinand Blumentritt, with whom he maintained a correspondence for 10 years

To find Jose Rizal in Europe has been a fervent dream of my husband, a retired University of the Philippines professor. For more than two decades, he fervently taught the Rizal course required by law of every graduating college student. He told me that if we ever traveled to Europe again, he wanted to take a route taken by our national hero.

Just from the decade-long correspondence between Rizal and his bosom friend, the Austrian Ferdinand Blumentritt, I gathered names of places Rizal had been to, such as Leitmeritz (now Litomerice, part of the Czech Republic), Heidelberg, Leipzig, Berlin, Brunn, Vienna, Salzburg, Munich, Stuttgart, Basel, Geneva, Rome, Marseille, London, Paris, Brussels and Gand/Ghent, not to mention Madrid and Barcelona.
We settled for Madrid and Barcelona, as well as Prague for a side trip to (distant) Litomerice that turned out to be the high point of our trip as it was both exciting and nerve-wracking.

We were supposed to just fly straight to Prague from Manila, with stops-over in Abu Dhabi and Barcelona, on May 21. We were all buckled up in the plane when it was announced that a thunderstorm was preventing our takeoff.

We waited for three hours before the plane was allowed to fly; our grandson Raj kept asking what was going on. We were traveling as a family with Raj’s parents, our daughter Banaue and her husband Dominic.

Happily, “the ancient and legendary Prague, the city of one hundred high towers” mentioned by Rizal as the birthplace of his friend Blumentritt, was like an oasis with a fresh carpet of green as far as the eye could see. It was a welcoming sight, and we couldn’t wait to see the Old Town Square, New Town, the Prague Castle and, of course, Litomerice!

Rizal arrived in Leitmeritz on May 13, 1887, together with his friend, Maximo Viola. It was the first time he met his pen-pal Blumentritt, a professor at the Municipal Atheneum of Leitmeritz, scholar, polyglot and author of articles and books on the Philippines. Their correspondence began on July 31, 1886, when Rizal heard that Blumentritt was studying Tagalog. Our hero wrote him a letter in German and sent him a copy of Rufino Baltazar Hernandez’s Aritmetica in Tagalog and Spanish.

The correspondence of more than 200 letters lasted 10 years. They covered scholastic and intellectual exchanges on ethnography, linguistics, mathematics, the sciences and politics. Blumentritt also became a friend of other Filipino exiles like Juan Luna, Marcelo H. del Pilar and Pardo de Tavera, and wrote articles for La Solidaridad. He introduced Rizal to other eminent European scholars and Orientalists.

Rizal highly valued the opinion of his bosom friend and asked him to write a prologue to his Annotations to Antonio Morga’s “Sucesos De Las Islas Filipinas” (a 16th-century Spanish account on the Philippines). Upon receipt of the finished book, Blumentritt said, “This edition with your erudite notes will glorify your name.” In another letter, he wrote, “Your ‘Filipinas dentro de cien años’ has had a great effect. In general terms, the liberal group in Spain now looks with wholly different eyes at the Philippines.”

He was also all praises for “Noli Me Tangere,” which he started to translate into German. His verdict on “El Filibusterismo” greatly pleased Rizal that he wrote to him that he’s thinking of writing his third novel, “a novel in the modern meaning of the word.”

Rizal sent Blumentritt his sketches of him and his own portrait and two sculptures “both original, no copies of them exist.” The grateful professor thanked him profusely, saying “We all like it very much… You are indeed a man favored by God whose brow has been kissed by the genius of the noble and sublime.”

Their friendship extended to their families with intimate news about each other, happy and sad—the tragedy that befell Rizal’s family, including the loss of their lands in Calamba; the banishment of Rizal’s brother-in-law to Bohol; the death of his sister Olympia; and even his lament about losing everything, and how his fiancée, “who was faithful to me for more than 11 years, is going to marry an Englishman, an engineer of the railroad. When I received the news, I thought I’d lose my mind.”

Mario and I headed for Litomerice, 64 km northwest of Prague. From Praha (Praga/Prague) station, we had to get off at the town of Kolin, and transfer to another line to Litomerice. But the train from Praha was delayed for 10 minutes. We have missed our train, and the next.

A lady dispatcher, who spoke a bit of English, told me there would be another train to Litomerice in three hours. She pointed at the new Futurum Mall a kilometer or so away, with toilets and restaurants that the station didn’t have.

Thank the lord, we finally made it to our final stop, the Litomerice Mesto station. Our next hurdle was how to get to Rizal. A lady at the bus ticket booth lighted up when we mentioned Jose Rizal! She gave us a map of the city and penciled the route.

We two not-so-young Rizal pilgrims walked through the beautiful town and its tree-lined main street of cobblestone. We asked a store owner the way. Following his instruction, we were overjoyed to see a hero’s bust. It turned out to be a monument to Karel Hynek Macha, a Czech romantic poet. We thought the people we asked mistook the poet’s monument as Rizal’s. Back to the main street and the town square, we decided to just go to the museum. There could be some Rizal relic there.

Two museum keepers who spoke only Czech and German led us to a room. I thought, “A Rizal relic, at last!”

Instead, they directed us to a room and opened the window, pointing to us the same road we took earlier. It turned out that the Hynek monument was not the end of the road. To the left or right of the monument is the entrance to the winding Jose Rizal Road, with steps going up and down. We saw a group of tourists viewing elegant houses and their beautiful gardens.

Taking the left strip of the road, one immediately saw the sign Parkany Jose Rizala, and a little farther down, Rizal’s bust!

In this corner of a hillslope of Litomerice, Rizal’s bust watches over lovely villas with manicured orchards and flower gardens. Two rows of grapevines managed to plant themselves along a shallow cliff.

To the back of our hero’s bust stood a high wall of gracious apartments. A window opened and a lady perched holding a flowerpot. She waved and smiled at us.

My husband tarried a bit taking pictures, while I walked up and down the street. It was exhilarating! The ladies at the museum also showed us the direction toward “eine kleine” park, which displayed a bust of Rizal’s bosom friend, Dr. Ferdinand Blumentritt. But Mario was no longer up to walking that far.

We went to the nearest restaurant, named Capra, for some refreshment. We took the veranda-like portion, the interior classier section being partly closed for some private gathering. As we sat by a corner, we noticed an interesting bust hanging by the wall of the main door. Lo and behold, it was of Rizal!

I swear it was a dramatic image of our hero, if the one in the park was heroic. I left Mario there and walked toward Blumentritt’s own little park by crossing the main avenue to get to the town square and following a narrow street leading to a road parallel to Rizal Street. There were little shops and an ice cream booth to boot.

Blumentritt Park was a patch of green surrounded by old trees. I espied a woman completely absorbed in a book on one of two benches there, an apt tribute to the scholar who, like Rizal, was a Renaissance man.

The night before his execution, Rizal wrote his very last letter and it was to his “dear Brother,” Blumentritt.

It read: “When you receive this letter, I shall be dead by then. Tomorrow at seven I shall be shot… I die with a tranquil conscience./ Adieu, my best, my dearest friend… Fort Santiago, 29 December 1896 / Jose Rizal / Regards to the whole family… / I leave a book for you as my remembrance.”

After Litomerice, Mario and I, together with our daughter Banaue and grandson Raj, searched for Rizal in various streets of Madrid. But that would be another story. —CONTRIBUTED

The Rizal-Blumentritt Correspondence translated into English with extant facsimiles of Rizal’s letters are in two volumes, republished in 1992 by the Jose Rizal National Centennial Commission and the National Historical Institute.