This 27-year-old could save your company | Inquirer Lifestyle ❮ ❯ 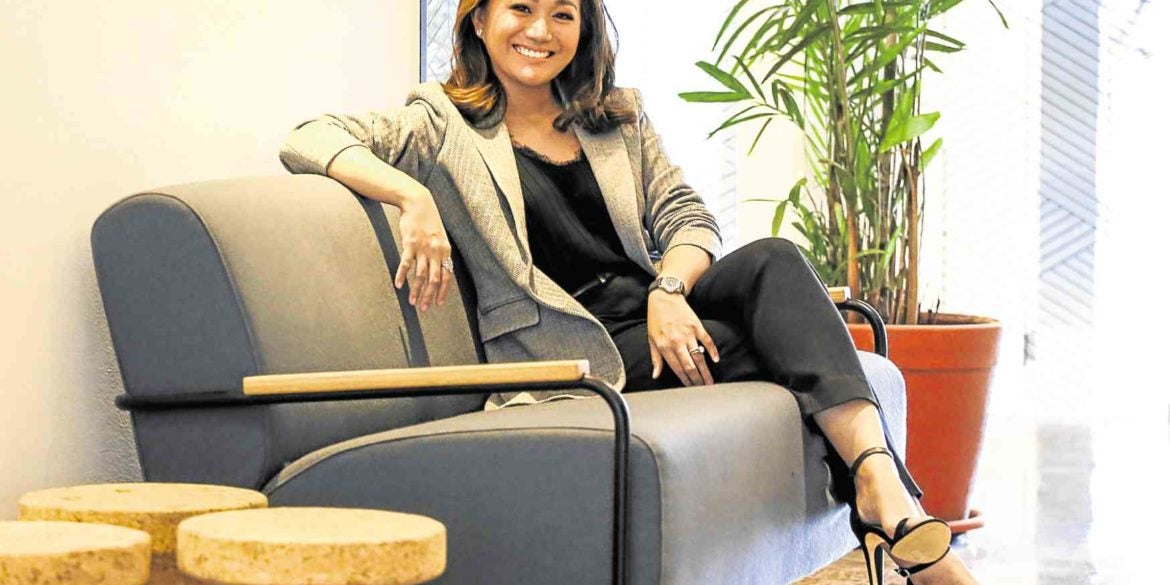 This 27-year-old could save your company

With fresh ideas and a go-getter attitude, MFT Group of Companies CEO Mica Tan helps change the course of enterprises in a rut

People who insist they need more than a week to get a job done can learn a thing or two from MFT Group of Companies president and CEO Francesca “Mica” F. Tan. To her, the standard seven-day week is actually two weeks—the first, from Monday to Wednesday, and the second, from Thursday to Saturday.

An original concept of hers, this “two weeks in a week,” she believes, not only yields better results and double the targets, it’s also a more efficient use of time.

“What you plan to do on Monday, you should have executed on Tuesday, and finished by Wednesday,” she says. “I always say we’re in the business of bouncing back, so Thursday to Saturday is our chance to improve or correct what we started on Monday.”

Wednesday is Tan’s rest day, a breather to prepare for the challenges of a “new week.” “Thursday is my Monday again!” she says with a laugh. “This philosophy not only pushes me but the whole organization. Now people can’t say they can’t learn a language or sport because they have two weeks in a week. It’s all about perception of time.”

For this 27-year-old, time, as the old saying goes, has always been of the essence. “It is my greatest currency,” she has said. The youngest of six kids, she was 13 when she snuck into the Philippine Stock Exchange, in her Poveda school uniform, and learned how to trade foreign exchange two years later with the guidance and encouragement of veteran investors.

After high school, she was all set to study finance at Fordham University in New York. But a broken heart led her to make a decision no one saw coming: She would learn all that she could about business, not through school, but through firsthand experience. She did this as a distributor of beverages and by helping manage her family’s pawnshop.

Mentorship from one of her oncologist dad’s good friends, pawnshop magnate lawyer Jose “Joseling” Tambunting, laid the groundwork for her MFT Group of Companies.

Founded in 2014, the private equity firm helps startups and family legacy businesses take the next step in their growth and expansion through innovative solutions, like finding alternative funding or restructuring a company’s long-held corporate blueprint.

Tan named her company after her initials and “Moving Forward Together,” the three words her staff uses to end their correspondences. “We’re one of the youngest players. But we have the biggest goals.”

With a presence in nine countries and 18 cities worldwide, the company has set an audacious yet doable goal. “To establish ourselves in 100 business areas,” says the global CEO in-the-making, adding with a smile, “hopefully within my lifetime.”

Through MFT Group of Companies, SaladStop!, a popular food brand owned by a Swiss family based in Singapore, has added Vietnam to the Asian countries where it operates. It also penetrated Europe by way of Spain last year. “MFT is more than a financial partner,” says SaladStop! director Frantz Braha. “It is also an operational ally.”

Churreria La Lola, the churros chain from the Spanish group behind concept eateries Rambla, Las Flores and Tomatito, now has two branches in Singapore, thanks to Tan’s company. The first churreria opened in Clarke Quay late last year, and the second will open this month in Jewel, the newest lifestyle destination connecting all four terminals of Changi Airport.

“MFT’s enthusiasm and forward-thinking ideas to bring La Lola brand to greater heights have been serving as the motivational driving force for our team,” says operations head Alejandro Benitez.

Bridging generations in a family business, however, is easier said than done. Many clans hesitate to have their companies go public, thinking that it will take away control. Others are eager to grow but refuse to change a decades-old management style that may no longer apply to the business or the times.

This is where Tan and her age are an advantage. “When we meet with the older generations of legacy businesses, they usually tell us to talk to their kids,” she explains. “So we meet with second- and third-generation successors who like speaking to someone close to their age and we introduce them to a world where their interests can fit in. They don’t have to be the next CEO; they can focus on technology or marketing and still be part of the business.

“A simple meeting,” she declares, “can change the course of a dying company.”

While Tan advocates using one’s time wisely, she also sees the value in taking one’s time. “It’s a long process,” she admits of successions in family businesses. “Some companies that approached us six or seven years ago are only recently open to change. We build on strong, long-term relationships. At the end of the day, our objective is to be that strategic alternative to enhance shareholder value.”

Described by colleagues as a “panther” in the boardroom, this go-getter CEO has learned to stop and smell the roses herself. She likes to travel and go diving. That’s a radical 180-
degree turn for someone who used to be forced to take vacations and didn’t celebrate her birthday for years.

“I’m married now, so things have definitely improved,” says Tan, who rekindled her romance with the gentleman from her breakup years ago. The couple tied the knot last December.
She also likes sharing her thoughts on the importance of time. “If there’s one thing that can change your life it’s how you perceive time,” she says. “Time can be your best friend, so determine how to use it.” —CONTRIBUTED