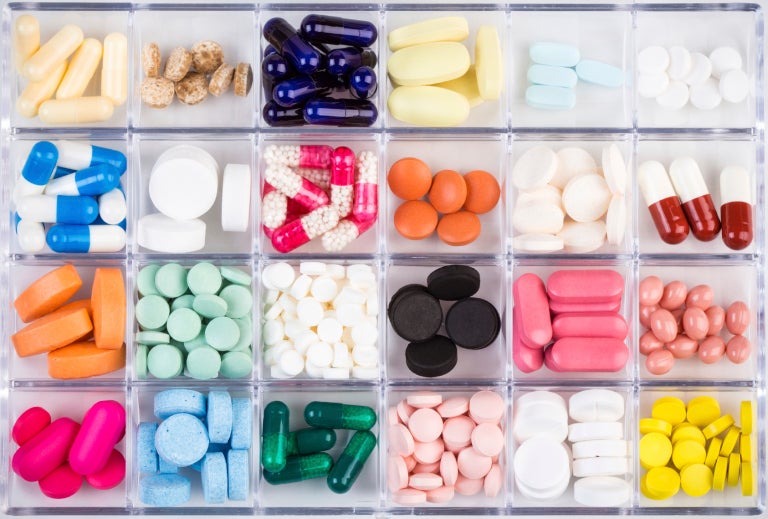 A new United States poll has found that many grandparents fail to lock away medications securely when spending time with grandchildren who are visiting, which could be putting them at risk of poisoning.

Carried out by researchers at the University of Michigan’s Institute for Healthcare Policy and Innovation with support from AARP and Michigan Medicine, the new poll surveyed more than 2,000 adults aged 50 to 80 about how they stored their medication as part of the National Poll on Healthy Aging.

When visiting grandchildren, 72% of grandparents keep medications in their purse or bag, and nearly a third of those polled reported that they store their meds in something other than the container they came in, with many choosing to use an easy-to-open container. Worryingly, 7 percent leave prescriptions drugs on a counter or table.

The researchers say that these habits and storage practices could be putting children at risk if they get their hands on the medications, citing statistics from the Centers for Disease Control and Prevention which states that nearly 40 percent of children treated in emergency departments for medication-related poisoning took their grandparents’ medicines.

“Prescription medicines, and even over-the-counter medicines and supplements, can harm children and teens who find them in grandma’s purse or on grandpa’s kitchen table,” says Preeti Malani, M.D., the poll’s director. “Meanwhile, opioid painkillers and sleep medicines can be diverted for recreational use by teens. No matter how old your grandchildren are, you need to think about medication safety.”

“We know that grandparents love spending time with their grandkids. A few simple steps can keep those little ones safe when you’re together,” says Alison Bryant, Ph.D., senior vice president of research for AARP. “Don’t leave medications in your purse or on a kitchen counter — it’s best to keep them locked up. It’s also a good idea to go through your medications every few months and safely discard any that are expired or no longer needed.”

“If you put your pills into day-of-the-week pill sorters so you can remember whether you took your medicine each day, that’s great, but keep that sorter out of the reach of little ones,” adds Malani. “Make sure you explain to them, and their parents or older siblings, that it’s important to stay away from your medicines, that those pills are for you and you alone.”

She also advises grandparents to have the U.S. national Poison Control number, 1-800-222-1222, stored in their phone, memorized or close to hand. JB