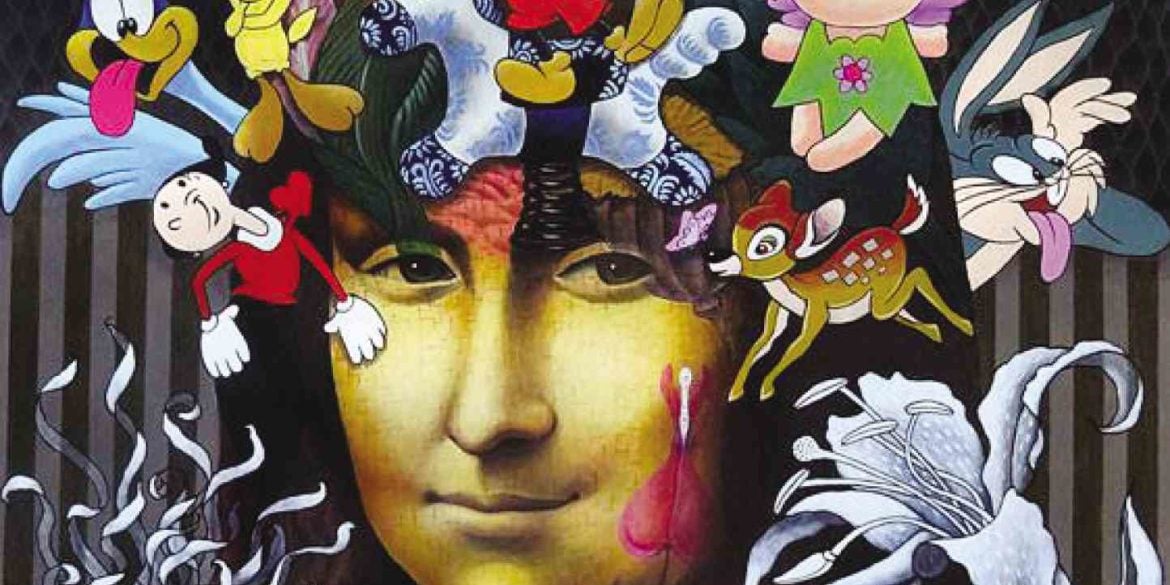 Surrealism has found some ardent acolytes in Philippine contemporary art. Among them is Rishab—pseudonym of Roger Tibon—whose recent works are on view at Art Anton in a show appropriately titled “Transmutations.”

Says Rishab: “Superficially, my paintings captivate anyone’s curiosity and enchant their perceptive visual faculties. The works may transport them into their own inner world of magical imagination where they take refuge and bask in the carefree and boundless surreal dimension. The viewers are encouraged to interact and find their own interpretation.”

In Rishab’s universe, no form is ever fixed. In his realm, he is the master magician. Here, his fantasies are allowed to live their lives in the collision of disparate and unrelated images.

In “Transmutations,” Rishab releases the potential of his creative daydreaming, a word which often recurs in the titles he invests on his works. Indeed, the artist revels in the process of chance encounters, free-association and dream analysis, a device initiated by the legendary Viennese psychiatrist Sigmund Freud. But as an artist, Rishab transports his viewers into the realm of aesthetics, which revels in the delectation of the purest beauty: radiant and vivid colors that ravish the eye, the fertility of forms mutating into other compelling shapes, and the complexity of a pluralist composition.
Beyond the limits of reality is the dimension which normal society deems as madness, lunacy, insanity. But together with the greatest of the Surrealists Salvador Dali, Roger “Rishab” Tibon can confidently proclaim: “There is only one difference between a madman and me. I am not mad.” —CONTRIBUTED